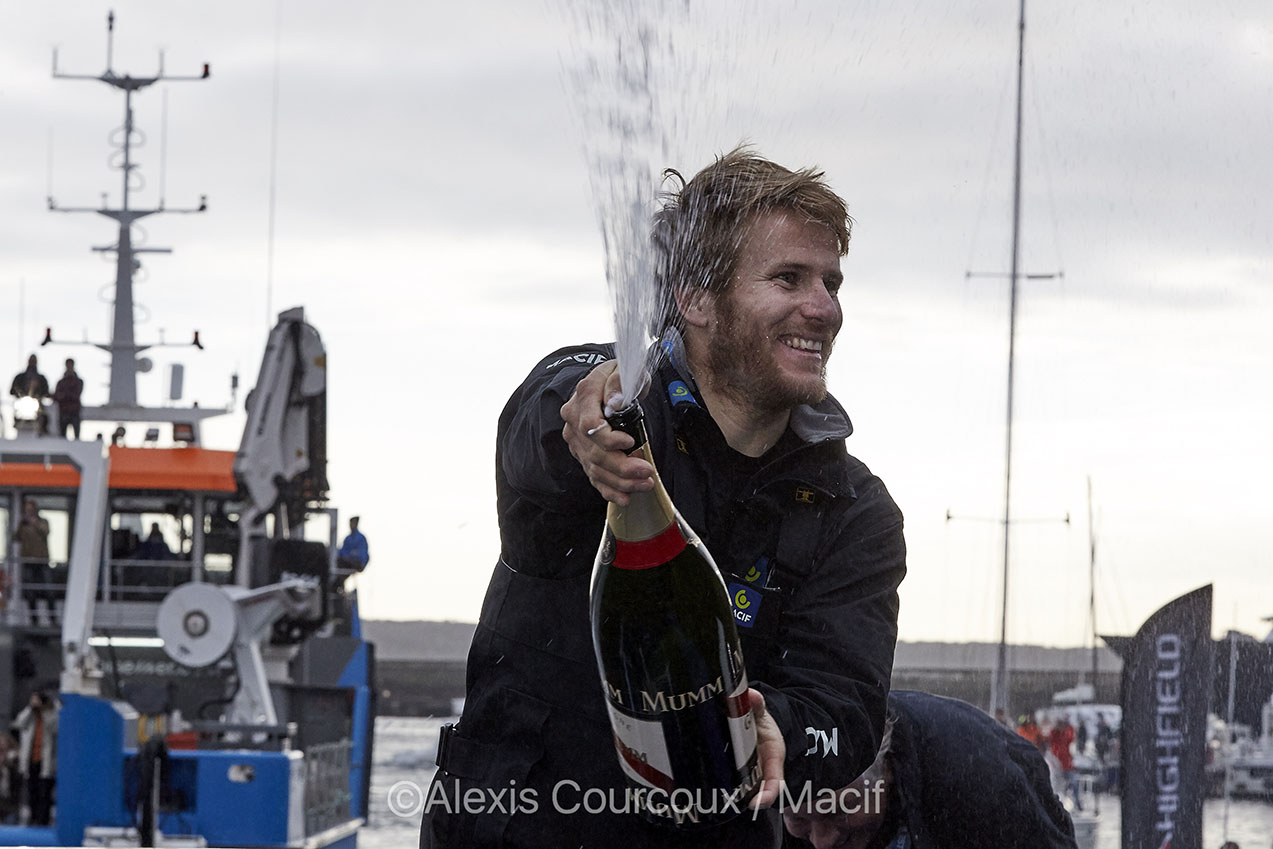 François Gabart, skipper du Trimaran Macif after circumnavigating the globe in a record time of 42 days, 16 hours, 40 minutes and 35 seconds.

I don’t think that I have enough superlatives in my already superlative soaked vocabulary to describe how amazing the new solo, nonstop circumnavigation record just set by French sailor François Gabart is.

His immaculate performance is a feat that will, in my opinion be unmatched in a generation. Yes I know I said that last year when Thomas Coville set the record that Gabart has just obliterated, but this is beyond superhuman.

François Gabart is, in my humble opinion, the best offshore sailor; ever. Period. Yes I know there was the great Eric Tabarly and Michel Desjoyeaux is no slouch and neither is Francis Joyon or Thomas Coville or Alex Thomson or the late Steve Fossett, but come on. Gabart handily won the Vendee Globe six years ago and has now closed the loop on one of the toughest sailing feats known, and along the way demolished the record.

Gabart’s new record stands at 42 days, 16 hours and 40 minutes. It’s a full six days faster than the old record set by the aforementioned Thomas Coville on his Ultim trimaran Sodebo and best of all, Gabart made it look easy. Other than the near miss with the iceberg in the Southern Ocean as far as I can tell he sailed a flawless circumnavigation which points to his unbelievable seamanship.

There is nothing more to say. Let’s let it soak in and collectively raise a glass to this 34 year old sailing champ. Incroyable François, juste incroyable.