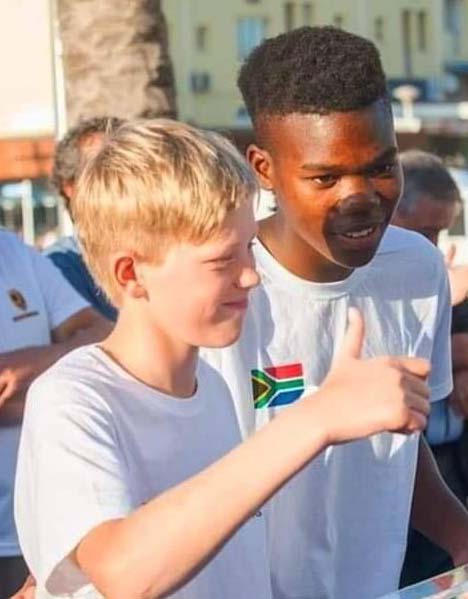 Matt and Rivaldo teamed up in 2019 to compete in the 420 class, taking the opportunity to join a class that is going through a revival in South Africa, so they are now part of that group of sailors who are raising the bar in the class.

They recently won this year’s 420 National Championship on the last leg of the last race on the last day of the championship, after a nailbiting series with several reversals of fortune.

Rivaldo brings to the partnership the experience he has had in the class, having travelled to international events before, and having been trained by Roger Hudson, whereas Matt brings to the team high skills in driving the boat.

They tackled the season in a meticulous and professional way, acquiring two boats and hiring the best coaches for their training sessions, fast tracking their learning curve.

This year they travelled to Europe to complete in the U17 world championships where they managed to qualify for the gold fleet, and in 2020 they plan to travel to the major class championship, plus the Youth World Championships in Brazil late in the year.

These are two up-and-coming sailors who we will hear lots more about in the future.