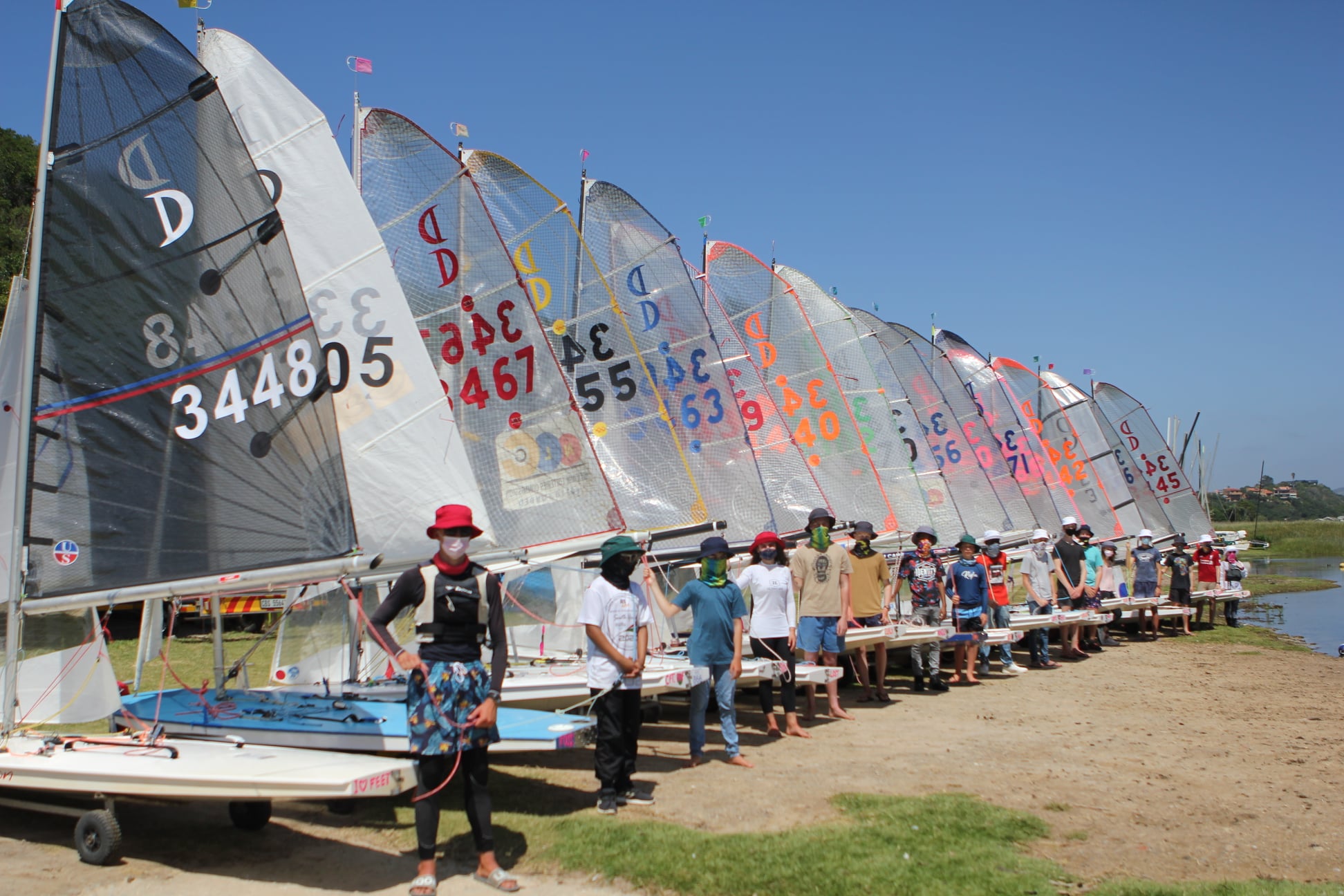 An impressive line-up of Dabchicks at the hastily cobbled together Nationals.

George Lakes Yacht Club traditionally has a New Year Regatta around 1 January every year. This year, the club offered to host the Dabchick class National Championships in conjunction with its club regatta. This offer was accepted and all arrangements were in place. Then, subsequent to the imposition of Lockdown Level 3 late in December, it appeared that the regatta was in jeopardy. However, authority was obtained to proceed with the Dabchick Nationals, but the GLYC regatta had to be cancelled. The regatta was proudly sponsored by Lew Geffen Sotheby’s International Realty, Raubenheimers Attorneys and ooba Home Loans.

Seventeen Dabchicks participated in the regatta, with GLYC fielding seven and two were from Knysna Yacht Club. Six came from Cape Town and two were from Johannesburg. Proceedings commenced on Wednesday with registration, sail measuring and two practice races. The first races for the Championship commenced on Thursday, with four races completed in a light south westerly. Three of these races were won by Hamilton Slater of Cape Town, showing his dominance over the rest. However, it was Ayden Gething of Knysna who took the race win in the third race. This turned out to be the only race Slater did not win. 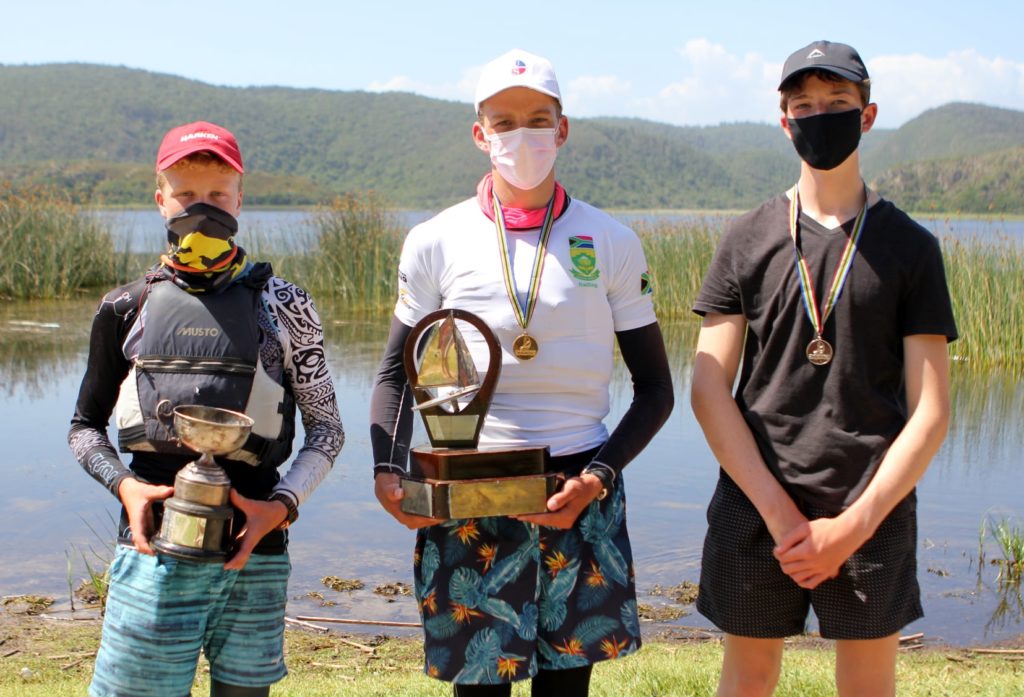 On New Years Day, the wind was once again light, slightly stronger than day one, but from the south. Slater was once again master over the rest, but competition for the minor placings was fierce – with many gains and losses possible around the course set on Island lake. It was Bryan Carstens (Cape Town) who took two second places, with one going to Thomas Slater.

Saturday saw the best wind of the regatta, with a south easter building as the day progressed. Three races were completed by lunch time, with the wind getting to over 15 knots. Many at the back of the fleet found these conditions arduous and capsizes were aplenty. Two further races were sailed in the afternoon, with the wind increasing to 25 knots. Some of the smaller sailors opted out of these races, but the top sailors revelled in the brisk conditions. GLYC’s Luke de Villiers was able to provide competition to Slater and Carstens. Also, GLYC’s Jordyn Soldin, Conrad Holm and Anthony Alant did well in these races. 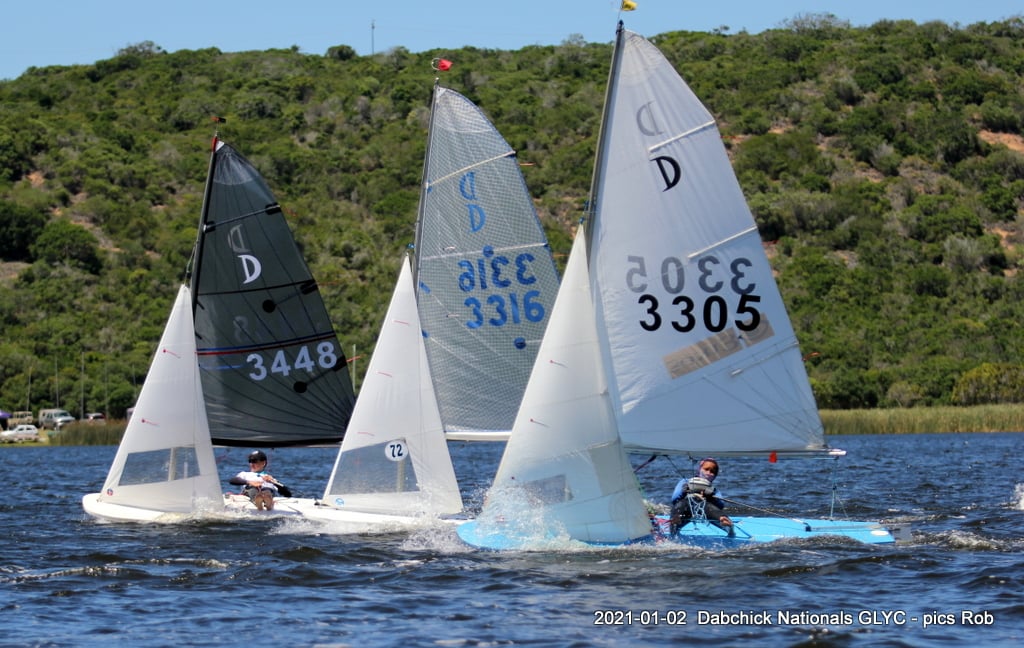 On Sunday morning, prior to the championship racing, a fun race was set for Dabchick parents and sundry adults. Outgoing Dabchick chairman Dietmar Holm was the winner of this race, ahead of GLYC Commodore David Laing and KYC’s Brett Gething. First (and only) lady was Karen Slater (“first time I’ve sailed a Dabchick since 1991!”).

The final two races were completed, in a light southerly breeze again. In the first race, Ayden Gething held first place around the first triangle, but fell back later. Slater was able to extend big leads ahead of the rest of the fleet in both races. 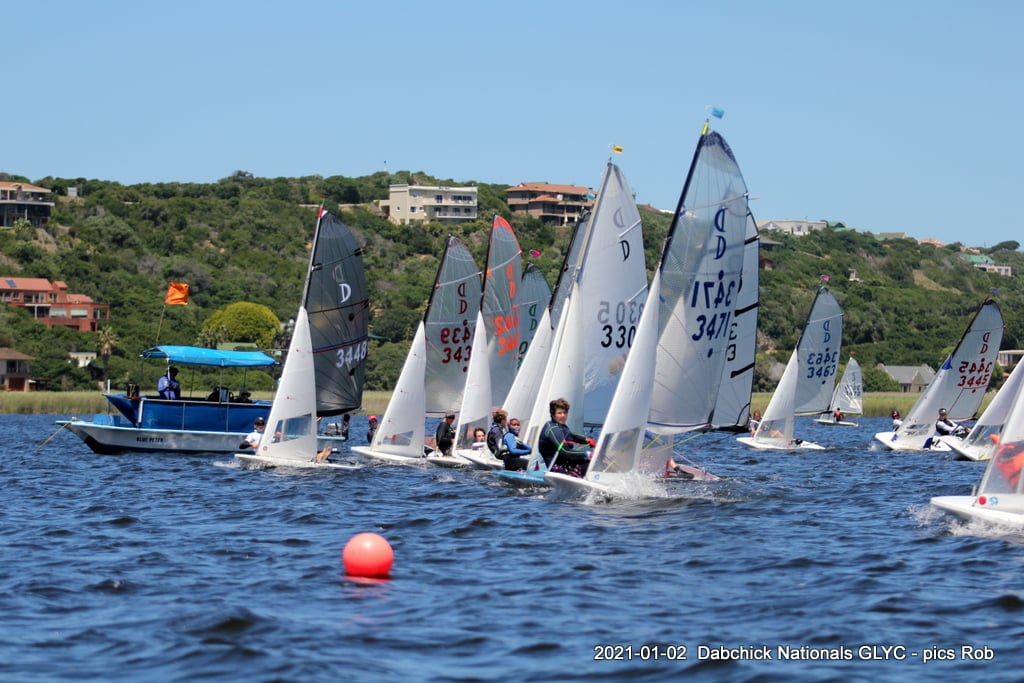 At the Prize Giving, the South African Sailing Gold Medal and Dabchick Champion trophy was presented to Hamilton Slater and the Silver Medal went to Bryan Carstens. Thomas Slater was in third place. All three were representing Zeekoevlei Yacht Club. There were three girls competing, with Jordyn Soldin 5th overall and George Lakes Yacht Club’s best placed sailor. She was presented with the Dabchick Girl’s Trophy.