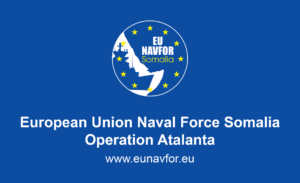 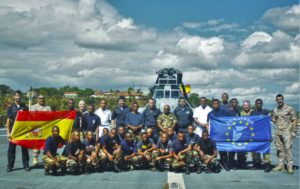 For those who sail the oceans and enjoy experiencing new destinations, the threat of piracy is always real.

Somalia has always been a hot-spot for pirates, and as a result the European Union Naval Force has a strong presence in the area to combat piracy.

This task force is doing great work in the area, so here are some brief reports on what they are doing to keep seafarers safe.

Spanish Sailors and Marines Train with Malagasy Navy
The sailors and marines on board EU NAVFOR’s Spanish flagship, ESPS Galicia, recently took the opportunity to train with the Malagasy Navy as part of the European Union’s commitment to help improve the maritime capabilities of regional states to strengthen security in the Indian Ocean.

During the day the Malagasy teams were given training on force protection and boarding operations. They were also given a briefing in ESPS Galicia’s Operations Room on the drills that the ship’s crew will carry out in the event of a piracy attack or other incident at sea.

Training such as this helps to strengthen cooperation between EU NAVFOR and maritime partners in the region.

At the end of the port visit, ESPS Galicia returned to her patrols to deter and disrupt acts of piracy off the Somali coast.

The US Navy and EU NAVFOR warships have maintained a close cooperation at sea since Operation Atalanta was launched back in 2008, with US Navy tankers providing critical sustainability to EU warships on a regular basis.

Conducting a replenishment at sea is a highly complex and potentially dangerous manoeuvre as the ships need to sail very close to each other in order to pass fuel and other supply lines between each other, so it is imperative that clear communications are established between all the ships taking part in the RAS.

Sailors on the ships also carry out rigorous training to ensure they know the role that they will each play during the RAS and importantly, what to do in the event of an emergency situation. 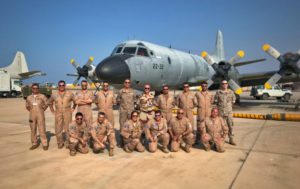 The flight was an opportunity to see firsthand the outstanding capabilities of the Spanish P3M Orion as it patrols the coastline of Somalia.

The Orion P3M is a four-engine aircraft that has seen numerous design advancements over the years, most notably to its long range surveillance capabilities, which makes it perfectly suited to EU NAVFOR counter-piracy operations.

A Spanish Air Force Contingent has been permanently deployed in Djibouti since Operation Atalanta was launched and has made a significant contribution to the suppression of pirate attacks on merchant vessels off the coast of Somalia over the past five years.

At the height of Somali-based piracy in January 2011, 736 hostages and 32 ships were being held in pirate anchorages, with ransoms being demanded for their release. Today, that figure is zero ships and zero hostages being held. That said, recent weeks have seen a surge in pirate attacks off the coast of Somalia, so EU NAVFOR has once again warned against the danger of complacency and the need for vigilance to all ships transiting the Indian Ocean and Gulf of Aden.

A key role for Operation Atalanta is to protect WFP ships as they travel along the coast to deliver food to the people of Somalia and over 1.3 million tonnes of food and other humanitarian aid protected by EU NAVOFR since 2008 has arrived safely in port.

The presence of the Montenegrin Maritime Protection Team on board MV Esbjerg also provides much-needed reassurance to the crew. If pirates were to attack their ship, they will be protected by EU NAVFOR and remain safe.

ESPS Galicia Marines Maintain High Readiness off Coast of Somalia with Force Protection Training at Sea
To ensure that they remain fully prepared to deal with any security incident off the coast of Somalia, Spanish Marines on board ESPS Galicia conduct regular force protection training at sea.

The training includes weapon firings and radio communications exercises to ensure that the ship is ready to respond to a potential sea-borne attack.

Commissioned into the Spanish Navy in 1998, ESPS Galicia is a Landing Platform Dock (LPD) ship. She has a displacement of 13,000 tonnes, a large helicopter deck and an 885-square metre ‘well deck’ to hold her large landing craft.

She has been deployed off the coast of Somalia as EU NAVFOR’s counter-piracy flagship since February 2017. She will commence her return home to her base port of Rota in Spain at the end of July this year.