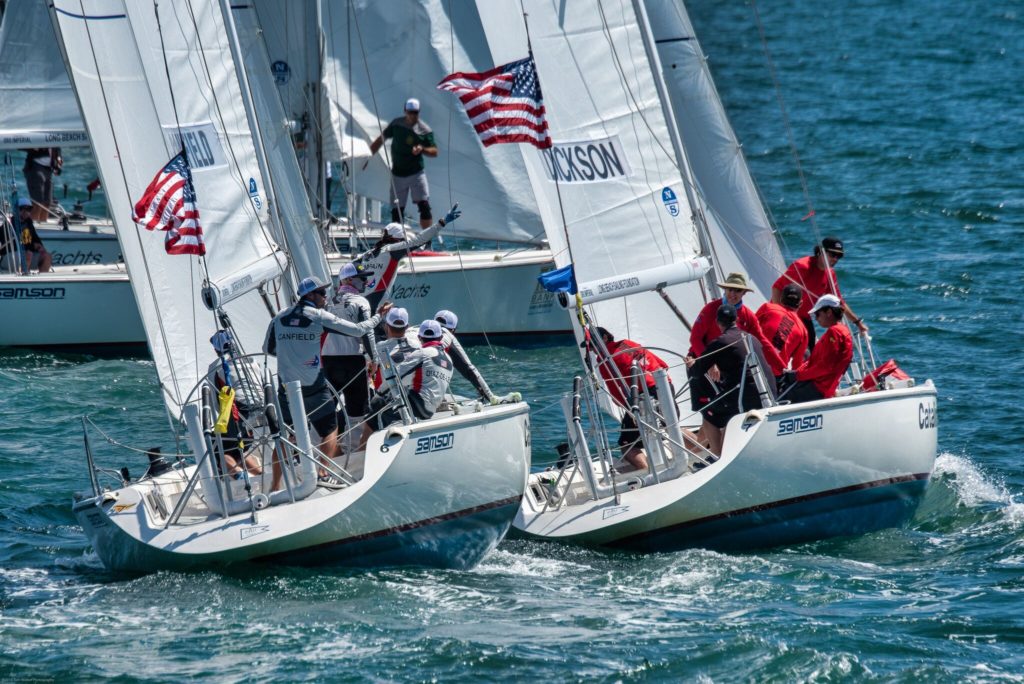 The Congressional Cup is one of the most prestigious top-level yachting events in the world. Established in 1965, it is recognized as the “grandfather” of match racing, pioneering the concept of on-the-water umpiring 30 years ago. Each year, this World Sailing Grade One competition features an elite delegation of the world’s best sailors competing in five days of rousing matches, in the waters off Long Beach, California.

Dean Barker celebrated his 45th birthday with six straight wins on Day One of the 54th annual Congressional Cup regatta. Stiff competition, and solid breeze that started at eight knots and built to an exciting 14 knots, greeted the 10 top match racing teams from around the globe.

Barker’s team American Magic had battled its way into the Congressional Cup, qualifying at last week’s Ficker Cup regatta with just one loss under the belt. It was the first stop on the New York Yacht Club American Magic challenge for the 36th America’s Cup; and an auspicious one for Barker, CEO/tactician Terry Hutchinson and the campaign. 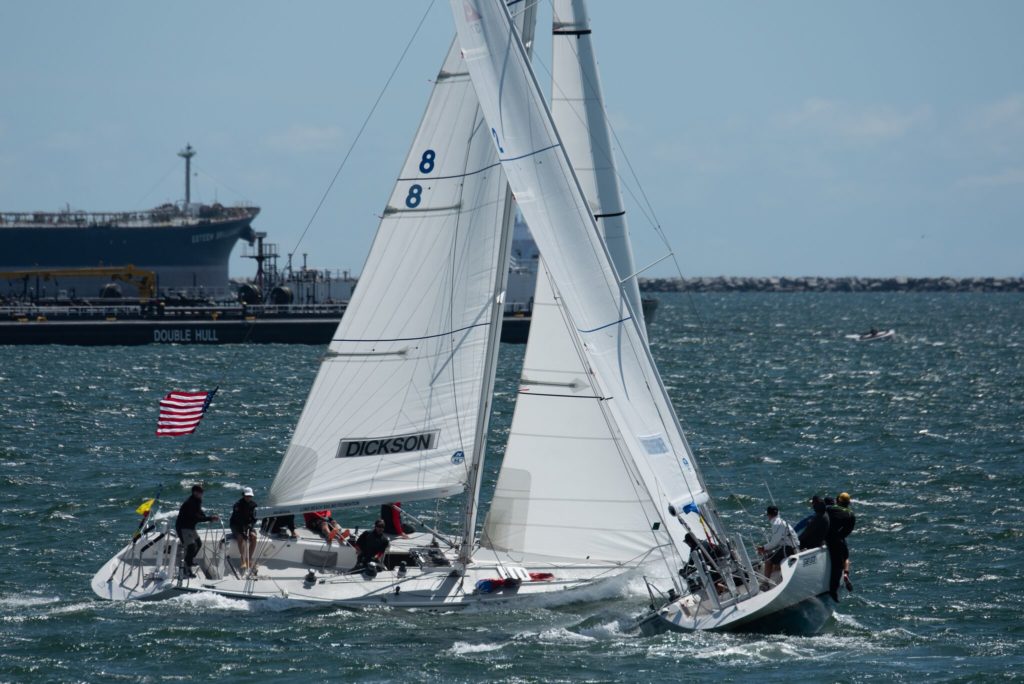 In a three-way tie for second place, after six flights of round robin racing, are Johnie Berntsson, 2009 Congressional Cup champion; three-time victor, in 2014, 2015 and 2016, Taylor Canfield; and 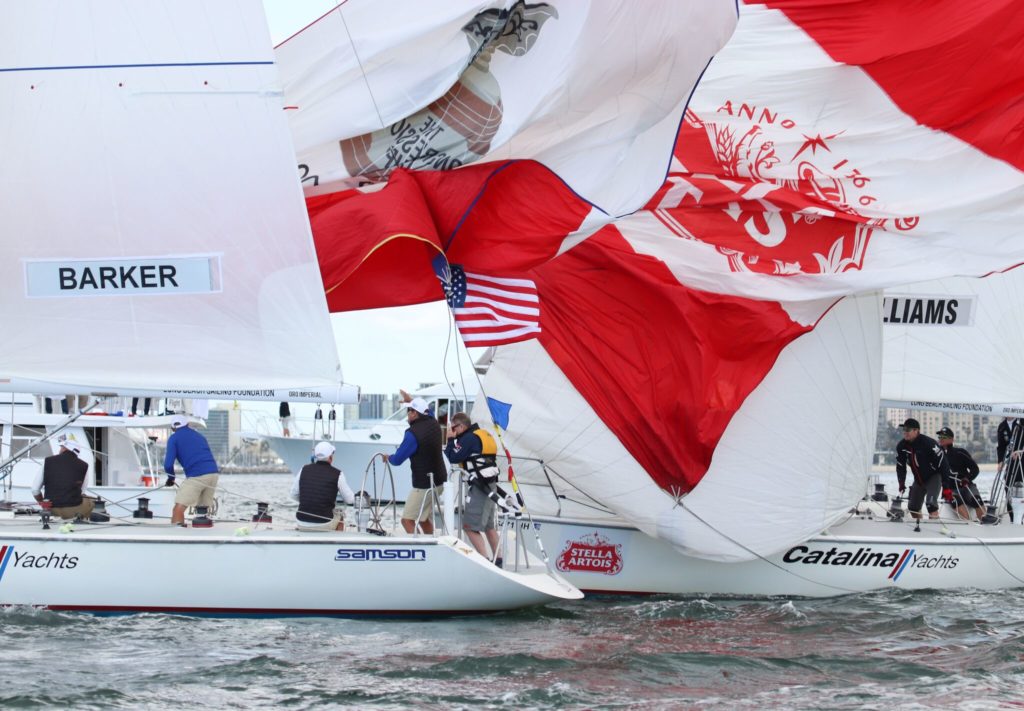 Day 2. A Taste of the Wild, Wild, West
More round-ups than a Western movie thrilled spectators, and challenged competitors on Day Two.

Dean Barker continued to hold the reins at the top of the leader board.

As the breeze rocketed up to 18 knots, there were wipe-outs, collisions and protests galore. Johnie Berntsson’s Catalina 37 was so damaged during contact, it began to take on water; they transferred to the backup boat. And Harry Price proved how close race action is to the audience on the Belmont Veterans Memorial Pier; when his boat knocked a lamppost off the corner of the wharf. It will now be known as ‘Price Point,’ sailors jested.

Despite chaos and crashes, Chief Umpire Russell Green announced, “Today is one of the best days match racing has seen. Congratulations to all the competitors.” Green has been a World Sailing International Umpire since 1991, involved in the Olympics, America’s Cup and the foremost racing events around the globe. His accolade is a testament to the high level of competition and professionalism exhibited at the Congressional Cup regatta.

A collision during the Berntsson vs. Barker match, with both boats heeled way over in the breeze; caused Berntsson’s boat to get holed below the waterline. The slow seepage forced the team to swap to a backup boat. 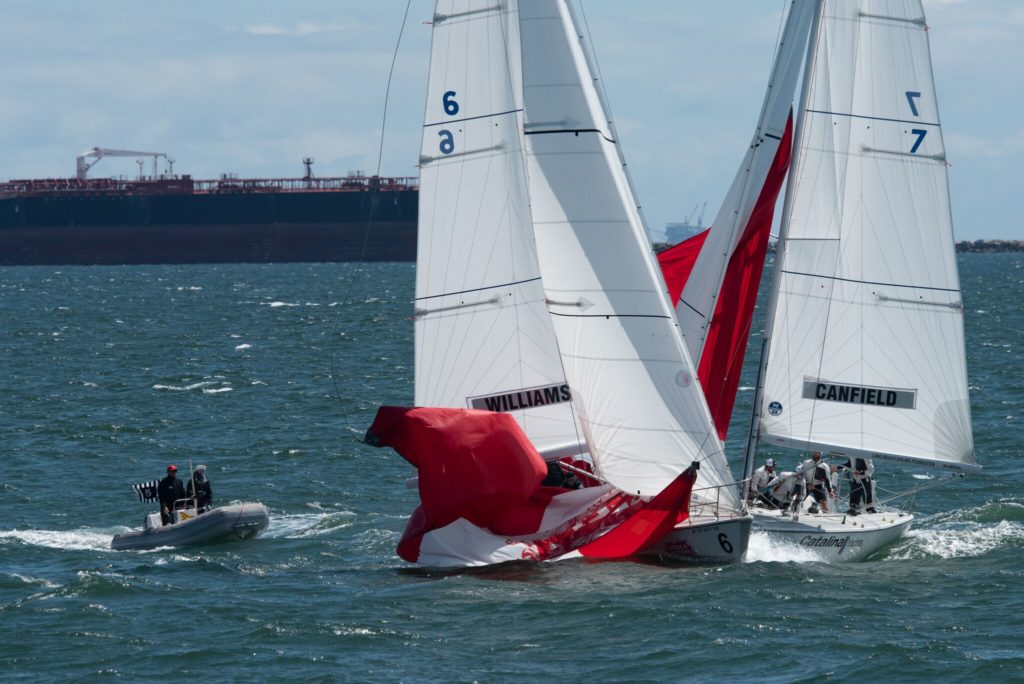