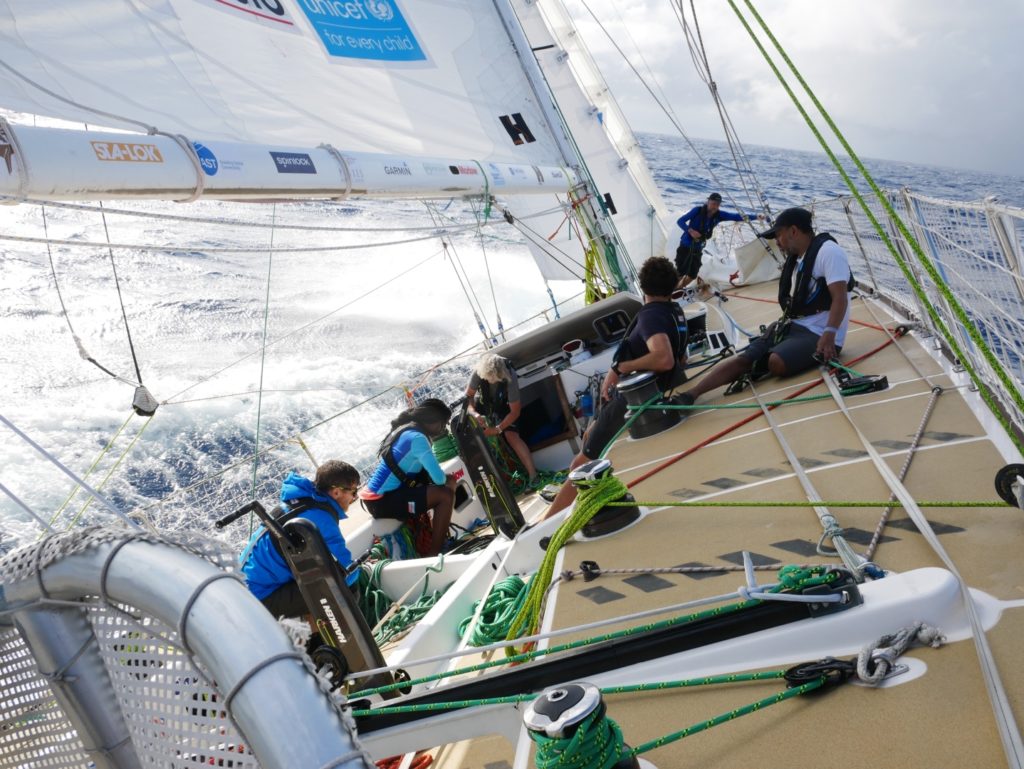 The slow motor-sail through the Doldrums Corridor has become a thing of the past for the majority of the Clipper Race fleet.

‘Visit Sanya, China’, remains in the lead for a tenth straight day, with the team timing their exit from the Doldrums Corridor to perfection. However, ‘Qingdao’ is also making good progress south and Skipper Chris Brooks says: “Over the next 3,000 nautical miles we just have to slowly take in a mile here or there. It won’t happen yet. The further south we go, the better our wind angle because of the oceanic cycle of wind. This means that boats ahead have a chance to pull away so if we can just hold station with our nemesis up the front, we are doing really well.”

A significant gap has opened up between the leaders, ‘Visit Sanya’ and ‘Qingdao’,and the chasing pack. ‘Unicef’ Skipper Ian Wiggin comments: “‘Visit Sanya’ and ‘Qingdao’ have done an amazing job of getting south so quickly. As I sit here scratching my head and measuring angle after angle and distance after distance – no matter how I look at it, the lead pair will be tough to catch. Based on the arc of their track, it is looking increasingly likely that they will be able to sail directly down the South American coastline.

“We are hoping for a wind shift in the morning which should allow us to sail further to the south. For now, if you drew a line between Punta Del Este and us, that is where the wind is coming from. Being patient is difficult as we watch the leaders extend to over 250nm. But as we have seen over the last week, big changes in fortune and weather patterns are possible.”

On day 15 ‘Visit Sanya, China’ and ‘Qingdao’ were the first two teams to cross the equator and sail into the Southern Hemisphere, a landmark moment for the Clipper 2019-20 Race Crew.

Current leader ‘Visit Sanya, China’ was the first to cross, Skipper Seumas Kellock reported: “The crew today ticked off the first major event of their race. The Clipper Race really does do some amazing things; passes two of the world’s great capes, crosses the equator twice, crosses the world’s largest ocean and sails around the world.

“First on the list though is crossing the equator into the Southern Hemisphere, there were whoops and screams as we crossed to the other side and apart from myself and Guan (our OBR – On Board Reporter) no one else has sailed across the equator before so a big boat of firsts here!” 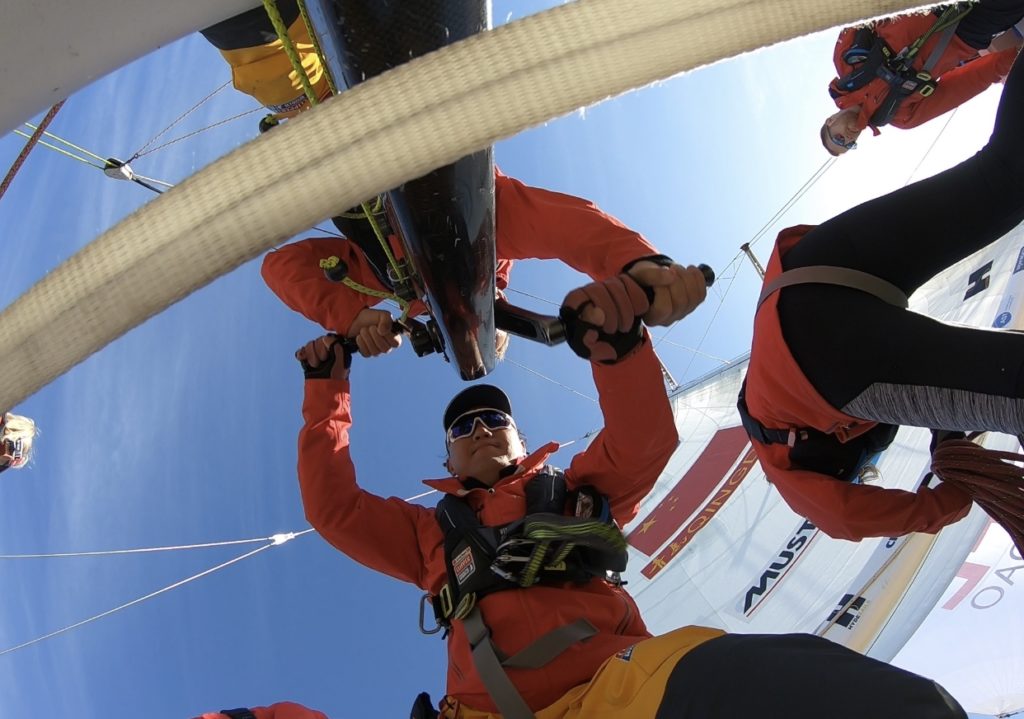 The rest of the fleet is expected to cross the equator over the next 36 hours and the crew will have to pay their respects to Neptune as those who have never sailed across before will go from Pollywogs to Shellbacks.

Whilst the leaders have carved out an impressive lead of over 200 nautical miles, elsewhere in the fleet racing remains tight with, in some cases, only a couple of nautical miles separating the teams.

‘Seattle’, currently in fifth after successfully using the Doldrums Corridor to its advantage has reported that life on board has returned to life on an angle, AQP on Seattle, Ineke Van Der Weijden, said: “The wind is from the south-east, so that means we are also back at life at an angle…I think for the first time this race. We are not close to being “at 45 degrees” yet, but it’s enough of a heel for me to be sliding sideways out of the Nav station while writing this.”

Free from the grips of the Doldrums average speeds are steadily increasing across the fleet as it moves into the path of the southern Tradewinds. This consistent south-easterly wind should propel the teams towards and down the Brazilian coast.

Guy Waites, Skipper of ‘Dare To Lead’, explains: “Slowly but surely the wind is bending to our need, relenting some of it’s westward push we gradually converge on our southerly road.”

Adding: “The Equator beckons some 100 miles south and a rendezvous with Neptune, gatekeeper and guardian of all things Equatorial as we count down our Leg 1 milestones, all 2700 nautical miles of them, to Punta del Este.”