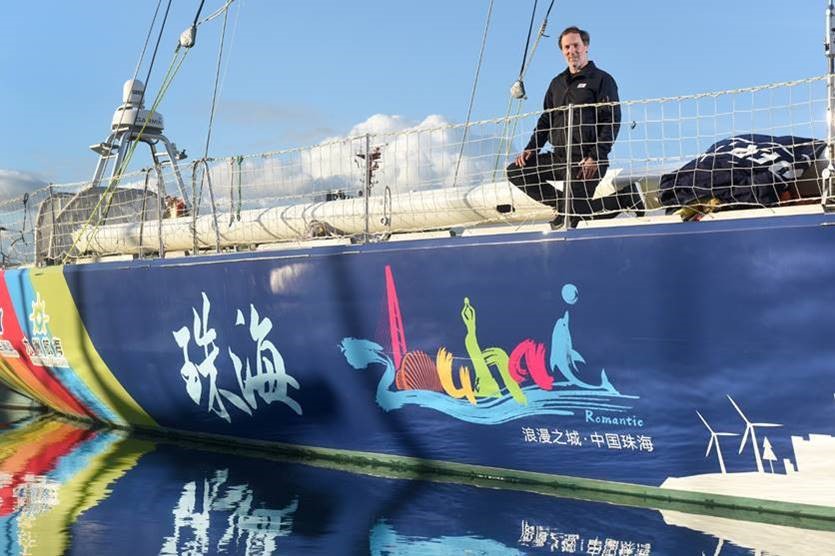 The Clipper Round the World Yacht Race has announced the Skipper who will lead the ‘Zhuhai’ team in its 2019-20 edition. South African Nick Leggatt, who has impressive accolades and over 280,000 nautical miles under his belt, will lead the ‘City of Islands’ team in its debut entry in the global sailing event.

Leggatt will bring a wealth of experience to the role of Skipper of the ‘Zhuhai’ team. The 52-year-old from Cape Town has accomplished a lot since he began dinghy sailing aged 10. He has circumnavigated the globe three times, and set five world speed sailing records, including a round the world record in 2004.

‘Zhuhai’ and Jiuzhou Holdings signed a three edition deal to be a Host Port and Team Partner for the 2019-20, 2021-22 and 2023-24 editions of the Clipper Race. Earlier this year, eighteen brave adventurers, including a professor, engineer and student, were chosen to represent the city of Zhuhai as Ambassadors in the global sailing event. The role of an Ambassador is to promote Zhuhai around the world, and as the voices of this ‘City of Islands’, provide a long lasting legacy for sailing and tourism. They will begin their four weeks of intensive training in the UK from this month.

The ‘Zhuhai’ team as a whole will be made up of people from different nationalities, including China. The crew come from many different walks of life, competing against each other on the world’s largest matched fleet of 70-foot ocean racing yachts. 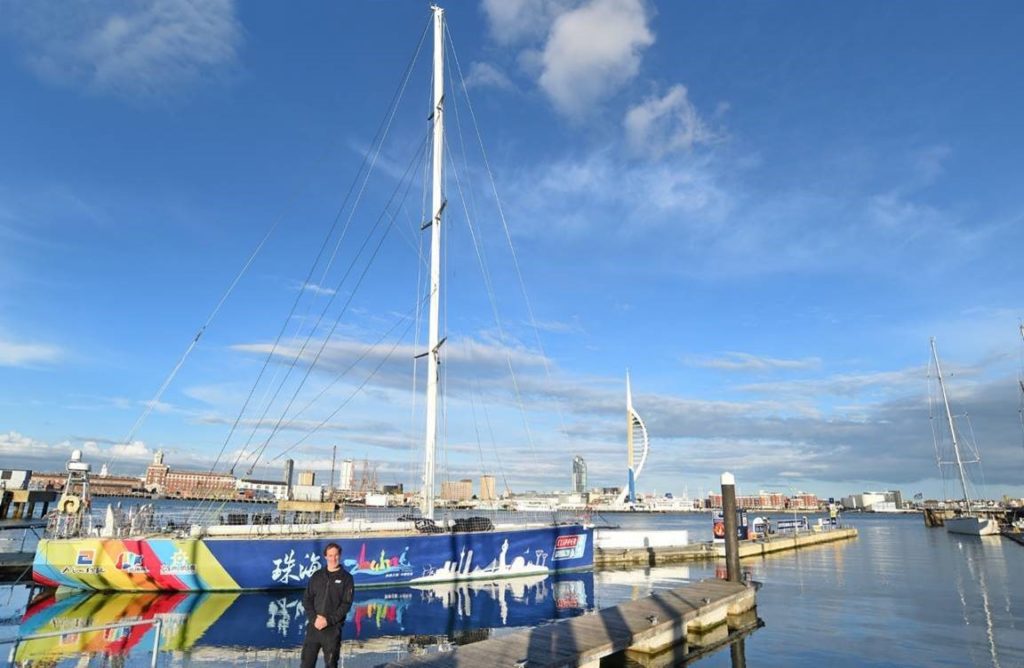 Clipper Zhuhai in all her livery.

On his established career as a sailor, Nick Leggatt says: “The thing I love most about sailing is the variety of opportunities it gives you to interact with people from all walks of life and to experience going to all sorts of different places. I’ve been lucky to go to the Arctic, tropical places and see different cultures and different countries all over the world. I can’t wait to do this all again with my new crew.”

And on being selected as ‘Zhuhai’ Skipper he continued: “I feel honoured and privileged to be leading the ‘Zhuhai’ team and look forward to having a successful race with my crew. I can’t wait to visit Zhuhai and see its many islands and other famous sites, such as the Zhuhai Opera House and the statue of the fisher girl.”

Mr. Li Hongbin, Vice General Manager of Zhuhai Jiuzhou Holdings says on Nick’s appointment: “We are very pleased to hear Nick has been appointed to be the Skipper of our ‘Zhuhai’ team. His extensive sailing experience is incredibly impressive. We wish him an enjoyable and successful race and look forward to welcoming him and all crew to Zhuhai next year.”

The 40,0000 nautical mile Clipper Race is undoubtedly one of the greatest ocean adventures and renowned as the toughest endurance challenges on the planet. Taking almost a year to complete, it consists of eleven teams, each made up of a Skipper, Mate, and a crew of non-professional sailors.

Skippers of the 3 Chinese Clippers.

‘Zhuhai’ is one of three Chinese teams competing in the Clipper 2019-20 Race. British sailor Chris Brooks has been named as the Skipper for ‘Qingdao’, while Scottish yachtsman Seumas Kellock will lead the ‘Sanya’ team.

The Clipper Race is unique in that non-professionals take part, with competitors including teachers, students, doctors, firefighters and retirees. The Clipper Race is the only event of its kind which trains everyday people to make six ocean crossings, covering six continents, testing them to their absolute limit. Fewer people have sailed around the world than climbed Mount Everest, and with 40 percent of crew having no previous sailing experience before signing up – the achievement is all the more incredible.

The Clipper 2019-20 Race will see the world’s largest matched fleet of 70-foot ocean racing yachts race around the world, visiting 13 ports on its global route, including Zhuhai in the spring of 2020. Starting from the UK, the Clipper 2019-20 Race route will see the teams race across the Atlantic to South America; the South Atlantic to South Africa; across the Roaring Forties in the Southern Ocean to Western Australia; around to East Australia, back into the Northern Hemisphere to China where teams will race to Qingdao, via Sanya and Zhuhai; across the mighty North Pacific to West Coast USA; to East Coast USA via the famous Panama Canal; and then it’s a final Atlantic crossing; before arriving back to the UK as fully proven ocean racers.