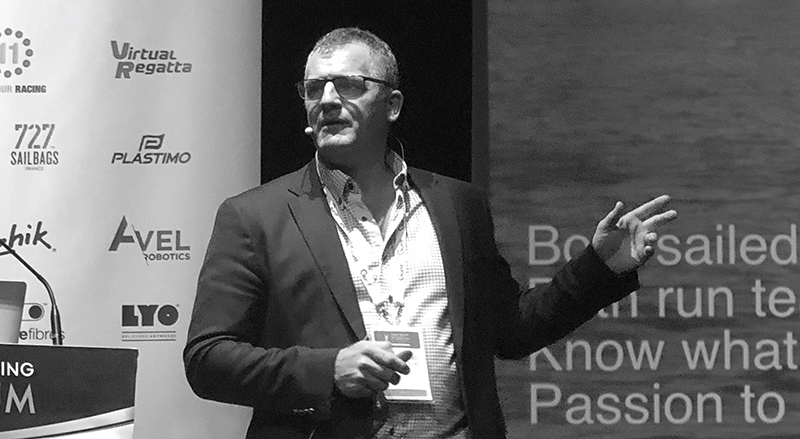 Richard Mason speaking at the Yacht Racing Forum in France

There are changes afoot for the Volvo Ocean Race and some of them were outlined at the Yacht Racing Forum that’s currently going on in France this week. Richard Mason, the Executive Director of the race’s leadership team updated attendees on the various changes that we can expect for the next race. First of all it won’t be called the Volvo Ocean Race. Volvo still remains involved but their name will not be in the race title. Instead Mason suggested that there will not be any corporate name in the race title and for now they are calling the event the “Fully Crewed Around the World Race.” Really? I guess it’s just a placeholder name but seriously that’s a weird name for a global sporting event. Mason also said that going forward there will not be any corporate name in the race title and in fact they were not even looking to sell the naming rights to the event. I am not trying to be a critic and I was not and the Forum but I can tell you from personal experience that it’s hard enough trying to convince a sponsor to fund your entry in an iconic event like the Volvo Ocean Race. I can’t imagine what a challenge it will be to get a sponsor to fund you for an event called the “Fully Crewed Around the World Race.” Previously the race was known as the Whitbread, then the Volvo. What’s the shortened version going to be going forward? The “fully?” Ok, I have every confidence that they will come up with something good. Just having a little fun.

One terrific change that they are making is to go with a new design, something along the lines of an IMOCA 60, but the challenge is the IMOCA boats are cramped with just one person on board and if you are going to be a fully crewed race you are going to have to jam a bunch of people on board. Furthermore they are in a tight spot (pun intended) because there was a general consensus that the idea of encouraging more teams to include women by allowing those teams to have more crew on board was a good one and that the women sailors in the last VOR added a huge amount to the overall success of the event. Problem is this, for now they are talking about a crew of five plus one for a total of six which will make for some close quarters. Four males, one female, and an on-board reporter, but if you want to encourage crew diversity your crew may look like this; four females, two males, and an on-board reporter. That’s seven people jammed into a boat that was designed for one. Again I am sure that they will figure it out but it’s going to be living in each others armpit for most of the way around the world. 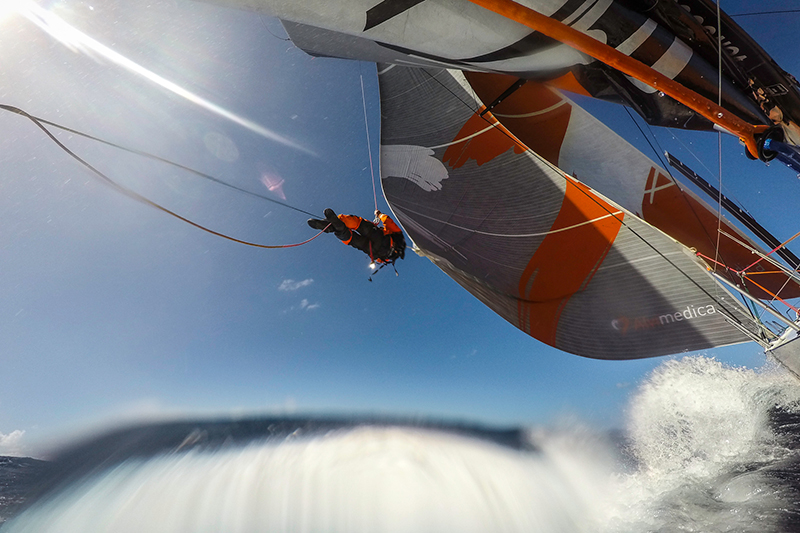 I am happy that the race management have finally admitted that the old VOR 65’s were heavy and slow, something I had been saying for many years. I am also happy that they plan to include the old boats in the next race. They floated the idea of a Youth Challenge racing the older fleet but Mason said that they had received some pushback on that idea. But here is their biggest problem as I see it. There is a fine balance between keeping the budget down to encourage entries while at the same time pushing the boundaries of innovation and going with a new IMOCA type design is certainly pushing the edge of innovation. When they announced the idea they were originally thinking that the race management would build the new fleet but the 50 million Euro price tag was a bit steep especially when they did not have that kind of money lying around. That leaves it up to the teams to fund the build of a new generation of boats and other teams to fund the sponsorship of the VOR65 yachts. Methinks that this is going to be more that a small challenge and I will be interested to see how things develop. Especially if they (at this point) have no intention of finding a naming sponsor for the event, a sponsor that could front the funding for a new fleet.

One other aspect of the next race is that the course and the amount of time spent racing is going to be reduced. Without Volvo as the title sponsor they perhaps don’t have to chase all over the world to satisfy Volvo dealers and their corporate needs. But coming up with a course that makes sense is still a challenge. In the old days it was easy. You left the Northern Hemisphere in the Fall (Autumn) in order to sail the Southern Ocean in the summer returning to the north again in the spring. That was good because it took forever for those slow old-fashioned boats to transit the Southern Ocean. These new machines are too fast for their own good. As Mason pointed out the boats have to round Cape Horn early in March for safety reasons, but where do they go from there? Sure there can be a stopover in Brazil or somewhere along that coast and the next logical place to go after that is the United States but Florida has shown little interest in the event in the past and Newport still has snow on the ground until May. Again, I am sure that they will figure it out.

There are a lot more changes being proposed and a lot of challenges ahead for this amazing race that has accumulated such a rich history from very humble beginnings, but it’s not going to be easy unless someone with some very deep pockets comes along and, without looking to have their name in the race title, starts throwing copious amount of cash at it. Time will tell. 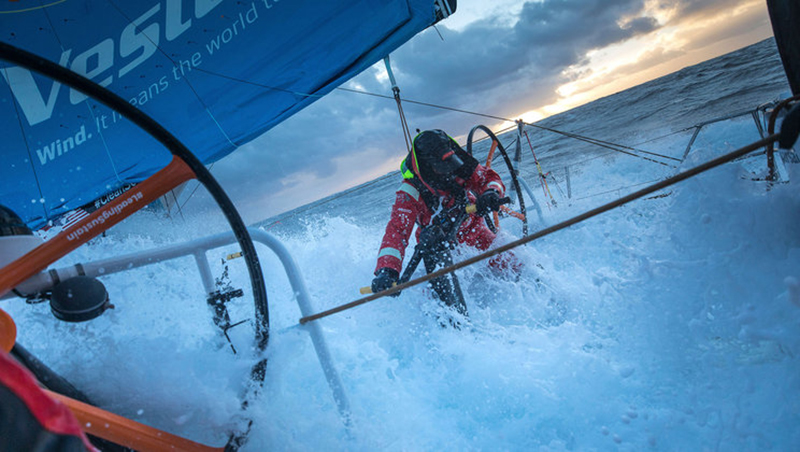