The Volvo Ocean Race crews were putting the pedal to the metal as they enjoyed fast sailing conditions in the northern hemisphere trade winds. At 1300 UTC on Thursday every team apart from Sun Hung Kai/Scallywag had broken the magical mark of sailing 500 miles in 24 hours, lapping up the fast sailing that the stable north easterly breeze has granted them. Dutch-flagged Team Brunel continued to lead the charge, opening up their advantage on second-placed Dongfeng Race Team to ... END_OF_DOCUMENT_TOKEN_TO_BE_REPLACED

The Volvo Ocean Race teams were enjoying full-speed trade wind sailing as they knocked off the miles to the Leg 8 finish in Newport, Rhode Island. Stage leaders Team Brunel continue to set the pace as they blast along at more than 22 knots, matching the wind for speed, and holding a narrow 15-mile jump on second-placed Dongfeng Race Team. The top trio, which also includes Turn the Tide on Plastic, were less than 30 miles apart as the battle ... END_OF_DOCUMENT_TOKEN_TO_BE_REPLACED

The Volvo Ocean Race fleet was punching due east on Monday as the sailors settled back into life at sea and faced a tricky opening night of unpredictable weather. There was little chance for the sailors to acclimatise slowly as constant variations in wind direction and strength meant numerous sail changes. “It’s very unstable – the wind’s up and down by ten knots, and 30 degrees left to right,” said team AkzoNobel skipper Simeon Tienpont. “We’ve got plenty going on ... END_OF_DOCUMENT_TOKEN_TO_BE_REPLACED

Large crowds were on hand to see MAPFRE lead the Volvo Ocean Race fleet off on Leg 8 from Itajaí, Brazil to Newport, Rhode Island. It was a familiar sight on Sunday afternoon where the two red boats at the top of the Volvo Ocean Race leader board set the pace at the start of Leg 8. MAPFRE, in second place overall, led throughout the inshore portion of the leg start, with overall race leader Dongfeng Race Team giving chase ... END_OF_DOCUMENT_TOKEN_TO_BE_REPLACED 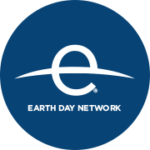 Each year, Earth Day – April 22 – marks the anniversary of the birth of the modern environmental movement in 1970. Earth Day 1970 gave voice to that emerging consciousness, channelling the energy of the anti-war protest movement and putting environmental concerns on the front page. The idea for a national day to focus on the environment came to Earth Day founder Gaylord Nelson, then a U.S. Senator from Wisconsin, after witnessing the ravages of the 1969 massive oil spill ... END_OF_DOCUMENT_TOKEN_TO_BE_REPLACED

The South Atlantic Race. How It Was Proposed

by Richard Crockett Ever wondered how this race to Rio was established? Well here’s the answer – and you had better believe it as despite this being an undated newspaper cutting, it was loooong before the days of fake news. The race was proposed by Admiral H H Biermann, Chief of the South African Navy, when he and many other dignitaries welcomed Bruce Dalling home after his highly successful OSTAR race in 1968. It makes for interesting reading, and was ... END_OF_DOCUMENT_TOKEN_TO_BE_REPLACED

The Congressional Cup is one of the most prestigious top-level yachting events in the world. Established in 1965, it is recognized as the “grandfather” of match racing, pioneering the concept of on-the-water umpiring 30 years ago. Each year, this World Sailing Grade One competition features an elite delegation of the world’s best sailors competing in five days of rousing matches, in the waters off Long Beach, California. Dean Barker celebrated his 45th birthday with six straight wins on Day One ... END_OF_DOCUMENT_TOKEN_TO_BE_REPLACED

by Richard Crockett The 1968 OSTAR race is still vivid in the minds of many who would be surprised to know that it is almost 50 years ago that the race set sail, and that sailing in South Africa was thrust onto the world stage by Bruce Dalling and his trusty steed ‘Voortrekker’. 1 June 1968 was the start of this epic race which was almost won by Bruce Dalling. It has been suggested over the years that had he ... END_OF_DOCUMENT_TOKEN_TO_BE_REPLACED

Vacant Position Sailing Manager/Trainer Hout Bay Yacht Club are offering an exciting job opportunity for someone to take responsibility for, and promote, their full sailing programmes including: • Youth Development Training • Controlling and increasing the racing calendar • Managing the use and maintenance of the clubs dinghy and keelboat fleet. The successful applicant will report to, and work closely with, the club’s Flag Officers. The successful candidate will require good organisational and communication skills in addition to personally conducting ... END_OF_DOCUMENT_TOKEN_TO_BE_REPLACED

Siyanda Vato, or simply Siya to his friends, has been around on the sailing scene for what seems like a lifetime now. His sailing career started in Durban at Sail Africa where he soon became something of a legend as he became absolutely passionate about his sailing, and would be out on the water at almost every opportunity, despite school and his studies in general. Vernon Goss took him under his wing, and he became involved in several sailing projects, ... END_OF_DOCUMENT_TOKEN_TO_BE_REPLACED

by Richard Crockett A recently published proposal by US Sailing suggests that for the 2024 Olympics the Finn and 470 dinghies and RS:X board be replaced with new equipment and events. The Olympic sailing classes is always an intensely passionate debate, with this proposal being no different as reaction from around the world will be passionate and interesting to say the least. One will need to read the full report before commenting, but their proposal to remove two dinghy and ... END_OF_DOCUMENT_TOKEN_TO_BE_REPLACED

The Restoration of ‘Stroppy’ – the prototype Sprog Plus An Appeal for A Permanent Place to Display Her by Frans Loots I could clearly recall seeing a sailing dinghy on display at the Port Elizabeth Museum when we went there on primary school museum day outings. And I especially remember how we would shove the tiller backwards and forwards despite the “no touching” signs. I also remembered that the tiller extension was made out of cane – just like the ... END_OF_DOCUMENT_TOKEN_TO_BE_REPLACED