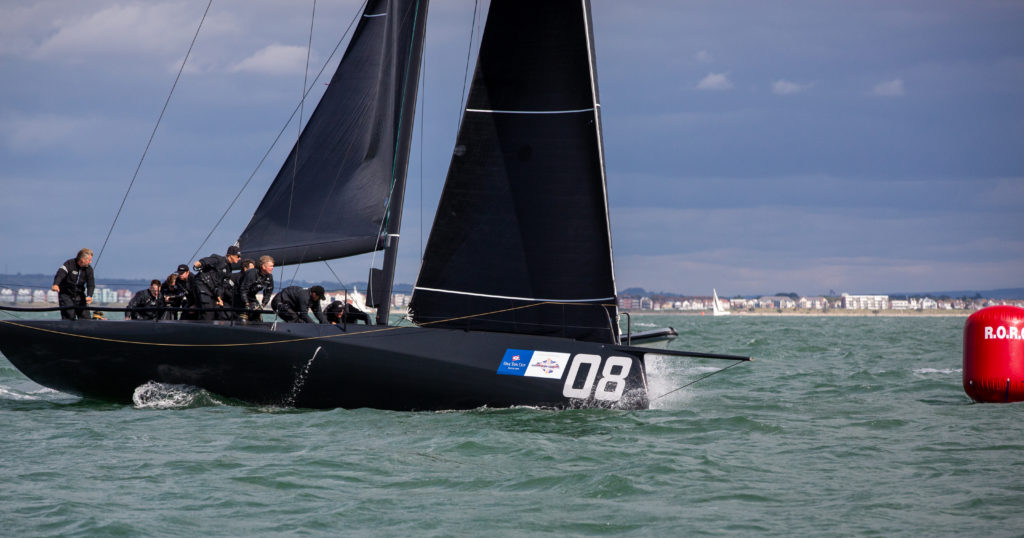 After an even more dominant display by ‘Rán VII’ over the weekend, Carkeek Design Partners have been celebrating completing a hat-trick of victories in the 119-year-old One Ton Cup.

Carkeek’s elation was increased by three generations of their boats occupying the top four spots of this round 5 of the 2018 Fast40+ Circuit, the Wight Shipyard One Ton Cup, hosted by the Royal Ocean Racing Club.

In a dream season for a designer, Carkeek boats have ruled this high-performance planing monohull class in the Solent and those four boats – ‘Rán VII’, ‘Girls on Film’, ‘Rebellion’ and ‘Hitchhiker’ occupy the top four spots overall.

“Great run for us and we’re tremendously pleased to be part of each team and the Fast40+ circuit,” Shaun Carkeek said. “Many thanks to all our owners for respective contributions and performances and congratulations to, Niklas and Catherine Zennstrom, Peter Morton, Bas de Voogd, Stewart Whitehead and David Bartholomew (‘Tokoloshe II’), who all sailed an incredible series.

“We couldn’t have hoped for more this week and winning such a legendary trophy once is an honour so the hat-trick is an incredible feeling. I’m grateful to my team at CDP and outside, who contributed their skills and energy and helped make it happen.” 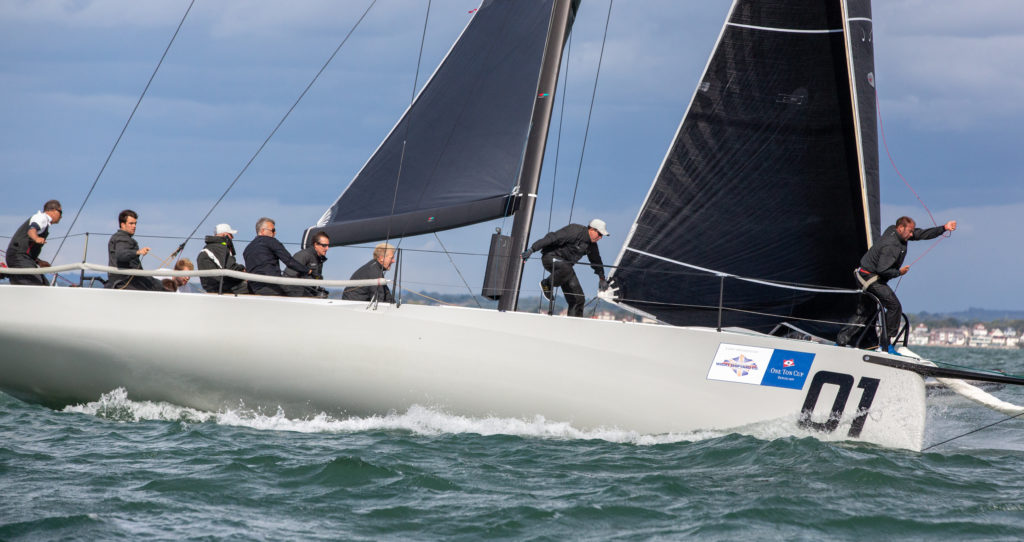 Niklas Zennstrom’s Swedish new generation Carkeek-designed ‘Rán VII’ won four of the first five races and six of the nine overall to run away with the historic Cup. The last Swede to win the One Ton Cup was Claës-Henrik Nordenskiöld’s ‘May Be VIII’ in 1959. Their only slip came in the penultimate race when they hit the top mark whilst leading and finished the race in tenth place.

‘Rán’s’ nearest rivals, Peter Morton’s second generation Carkeek-designed, ‘Girls on Film’, which won the Cup in 2016 and 2017, had one first place and four second places – including the last race – which kept them just ahead of ‘Hitchhiker’.

“We were confident coming into the regatta as the forecast was for solid winds and the Carkeek boats are very competitive in a breeze,” Tim Powell, the experienced British sailor and long-time core part of Rán Racing, said.

“Our starting all week was very good and that gave us the springboard to be fighting for the wins. Not having sailed the boat in much breeze it was great to have some 18-22kt racing. The boat lights up downwind and is a huge amount of fun.”

Watch a video of the Fast40+ One Ton Cup podium finishers HERE on YouTube.

About the FAST40+
The FAST40+ circuit is an owner-driver class with a Corinthian ethos. There is a maximum crew of 11, which can include no more than five professional Cat3 sailors. The number of sails used and modifications to the boats are also restricted. The FAST40+ Class produces very competitive racing in a boat capable of speeds in excess of 20 knots. 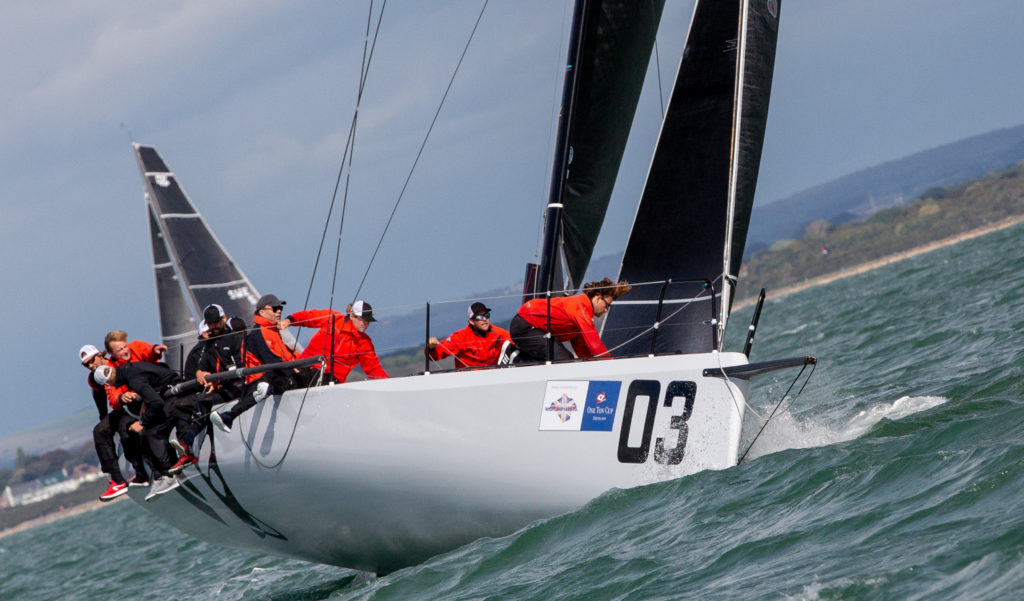