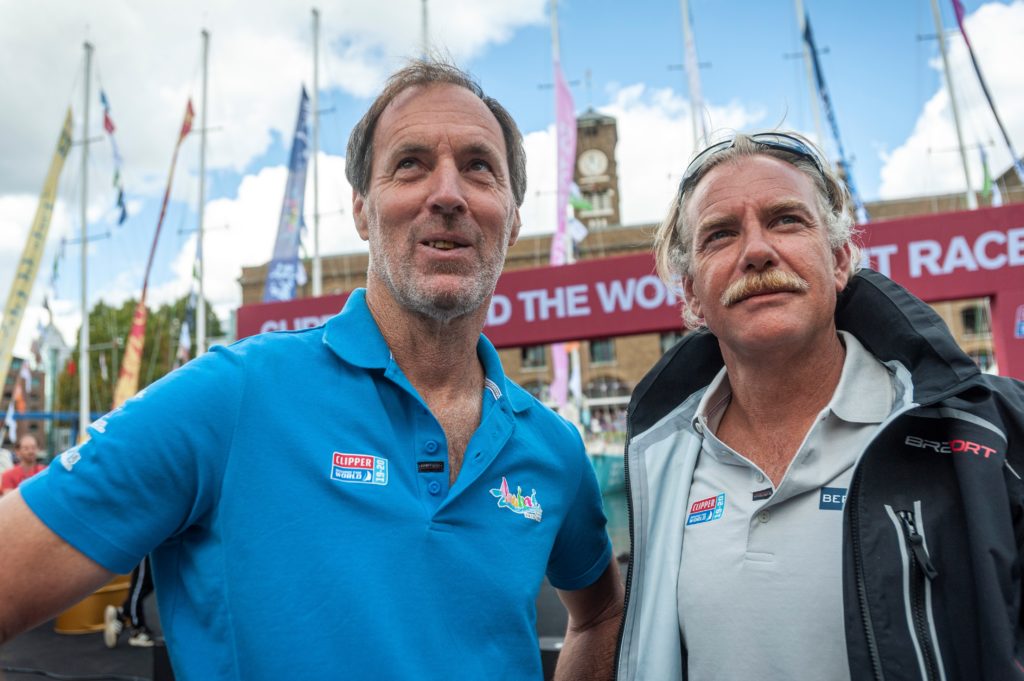 Cape Town Skippers and childhood friends Nick Leggatt and David Immelmann have begun the first big test of their Clipper Round the World Yacht Race – a 5,195 nautical miles race across the Atlantic Ocean from Portimão, Portugal, to Punta del Este in Uruguay.

The race across the Atlantic is the first of six ocean crossings that form part of the eleven month Clipper 2019-20 Round the World Yacht Race, which began in London on 1 September. Nick and David are two of the eleven professional skippers leading teams of non-professional sailors in the 40,000 nautical mile race around the world. 40 percent of crew had no sailing experience before signing up for the four weeks of intensive Clipper Race training, and the crew hail from 43 different countries and all walks of life.

Nick, the Skipper of Zhuhai, and David, the Skipper of GoToBermuda, have known each other since their school days and have remained friends as they have forged successful sailing careers. The duo have clocked up almost 650,000 nautical miles of experience between them which equates to over 16 circumnavigations. 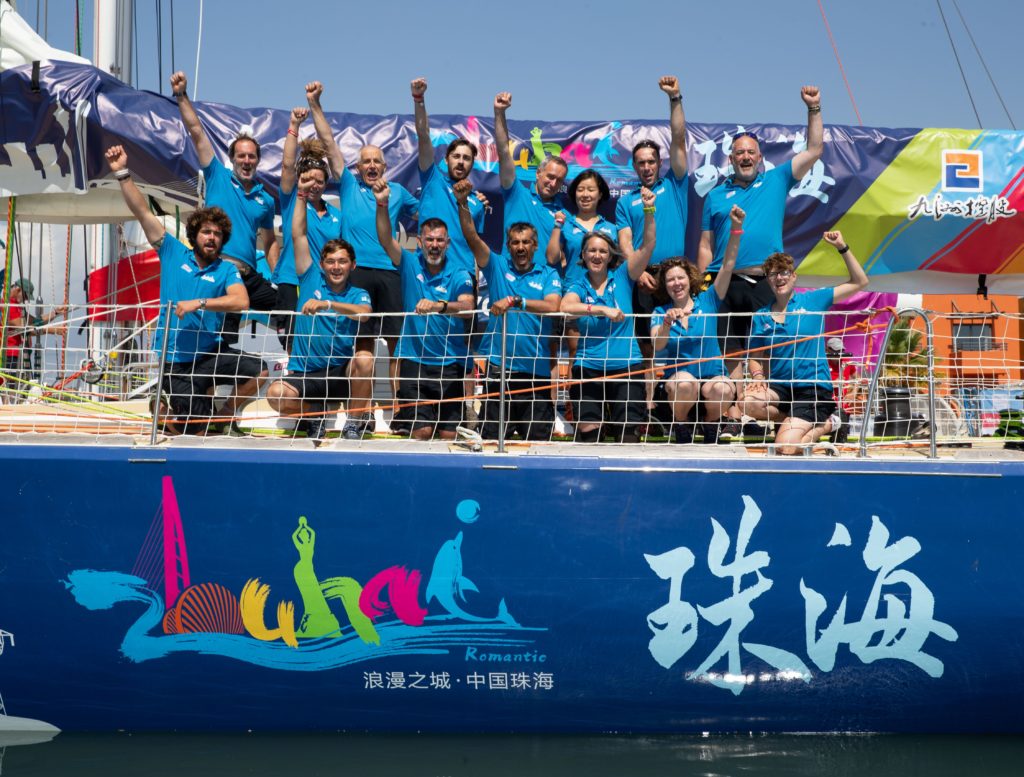 The crew of Zuhai.

The pair have spent the past week preparing their crews to spend around 30 days at sea. While this will be the first ocean crossing for the majority of Nick’s team, he knows the Atlantic well, having crossed it 42 times previously.

He said: “I absolutely love ocean sailing. I find it very satisfying to be far away from land surrounded by a good team and just enjoying the boat and enjoying nature.

“It will be a tough race, but an enjoyable one. The crew can look forward to a lot of sunshine, warm weather and the occasional little tropical rain squall to freshen them up a bit. It think occasionally, especially around the equator, they might be taken by surprise by big thunder storms in the doldrums.”

The race to Punta del Este is the second on the circumnavigation, with the teams on board the eleven 70 foot yachts already having raced 1,200 nautical miles from London to Portimão. This race will see the crew battle the unpredictable conditions and heat of the Doldrums as they cross the Equator and then pick up the easterly trade winds on the way to South America. 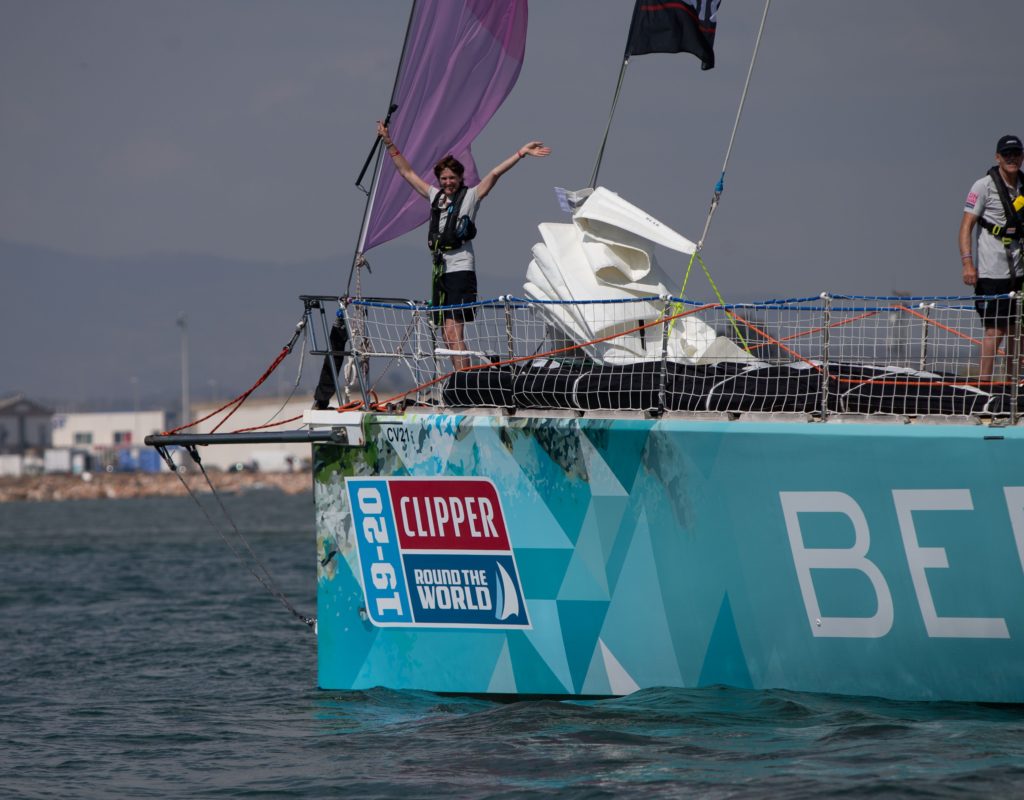 Clipper Race Founder Sir Robin Knox-Johnston, the first person to sail solo and non-stop around the world 50 years ago, said: “This next race has some of the finest sailing you will get anywhere in the world because you are getting into the trade winds. The teams should get spinnakers up fairly quickly and they will have them up for days as they speed down past Madeira, past the Canaries, down towards the Cape Verde Islands.

“The teams have then got the dreaded Doldrums to go through then slowly the wind is going to come around and then they can head straight down for Punta del Este, hopefully at good speeds.

The Clipper Race fleet is due to arrive in Punta del Este between Saturday 12 and Wednesday 16 October. From Uruguay, the teams will set out to conquer another ocean – the South Atlantic – in a race to Nick and David’s hometown of Cape Town.

Cape Town has featured as a Host Port in nine of the last eleven editions of the Clipper Race, with the fleet to be berthed at the V&A Waterfront from 7-17 November.

From Cape Town, the teams will experience the Roaring Forties in the Southern Ocean as they race across to Fremantle, Western Australia; around to the Whitsundays in East Australia, back into the Northern Hemisphere to China where teams will race to Qingdao, via Sanya and Zhuhai; across the mighty North Pacific to Seattle; to New York, via the famous Panama Canal; and then it’s a final Atlantic crossing; with stops in Bermuda and Derry-Londonderry before arriving back to London as fully proven ocean racers.