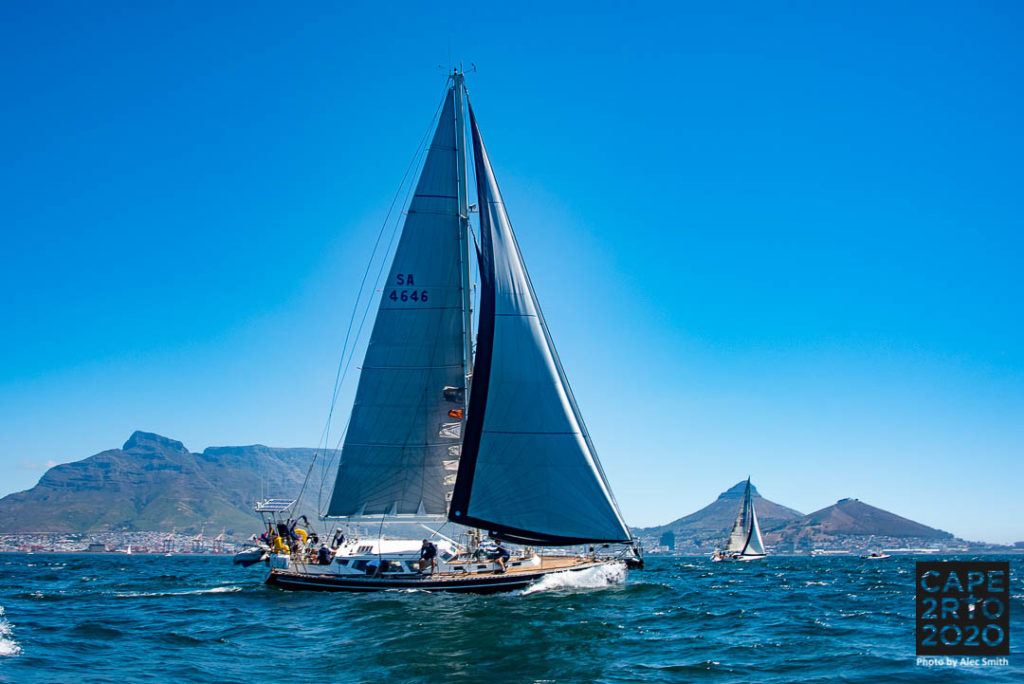 Yesterday I announced that the race had finally begun as it appeared the wind had found the fleet and that they were all making good progress. Well since then the wind turned off again and it’s anyone’s game out there.

Yesterday the northerly course of ‘JM Busha 54′ looked pretty good. Today it looks pretty awful as the tracker shows them doing just 3.8 knots of boat speed with little progress to speak of.

So while that northerly course looked promising, the boats heading west again look to be in the pound seats – but for how long. It’s a lottery out there – with the fleet all playing “let’s find the puff”!

What’s more is that the current wind out there looks light for a while yet, and those dreaded loooong-passage predictions of double or more of what it should take to get to Rio are back up on the tracker! At this rate they had all better start rationing especially if the wind continues to play cat ‘n mouse.

Still leading the charge in terms of line honours is San Salvador with Northern Light the monohull handicap leader and Myrtle of Bonnievale the leading multihull on handicap.