Cape to Rio 2020. The Race Has Now Only Really Started 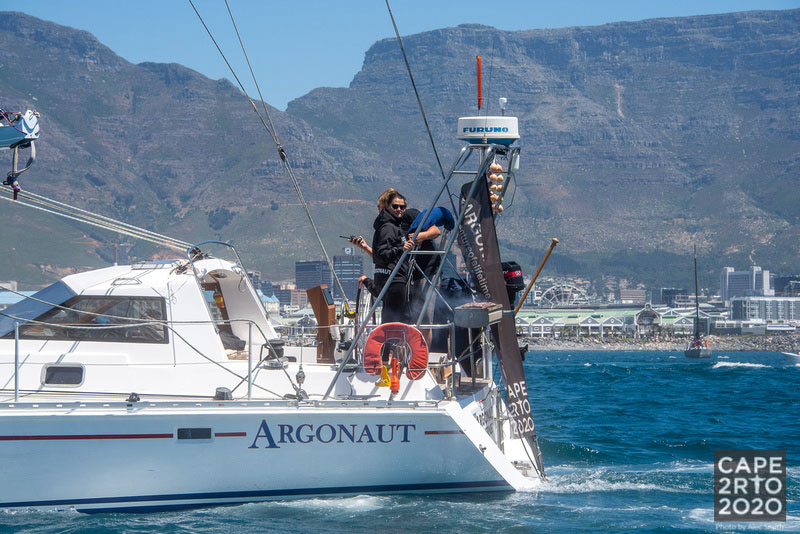 The crew of Argonaut had the braai going as they crossed the start line. And they continue to eat well.
pic by Alec Smith

Having been sailing in light winds almost since the start the race has suddenly taken on a new look with the boats now under full sail and racing along at some good speeds. There appears to be a new-found thirst for speed and performance, with Rio before the month end now a real possibility, rather than the very long slow passage the tracker indicated in the estimated elapsed time column of the past few days.

It’s often said that west is best, and yes, the leading boats in terms of line honours and overall handicap honours are those more to the west right now, but ‘JM Busha 54′ with her more northerly course and further east, has the highest boat speed of the fleet. Has her navigator found something that others have so far missed? Only time will tell who has implemented the right strategy since the start, but my guess is that the leader board will change quite dramatically in the next few day.

Still at the head of the fleet in terms of line honours is the multihull ‘Sulanga’, with ‘San Salvador’ next, although the latter holds the overall handicap honours in the monohull fleet.

The tracker shows that of the monohulls, ‘Adriana’ has sailed the furthest distance of 148nm in the last 24 hours, with ‘Tam Tam’ having done 137nm. ‘Rotary Scout’ has done just 90nm.

Feedback from the fleet shows that the crew of ‘Argonaut’ have taken full advantage of the conditions as they braaied springbok rump for dinner last night accompanied with sweet potatoes and a carrot salad, which was washed down with a bottle of Springfield Wholeberry!

I bet that those racing seriously are not eating as well, or as much!