JM Busha 54. Is she making a comeback?
pic by Alec Smith

Where to start today? With two distinct groups on the water it’s difficult to give a single overview, so once again I will cover the two groups separately.

But before that one just has to stand back in awe at the sheer speed and distance covered by the two big dogs, ‘Maserati’ and ‘Love Water’ as they are stripping miles off the chart quicker than a marauding gamefish strips line off a reel!

‘Love Water’ has covered 1110nm since the start and ‘Maserati’ 1072nm – all this in less than 48 hours at sea. That’s shunting as the last tracker ‘ping’ showed them doing 19.7 knots and 20.5 knots respectively and still heading towards the 20S line of latitude. To really put this in perspective the YB Tracker also shows them just astern of the fleet which started 9 days ago now – and who by nightfall will be a memory to these two big dogs. 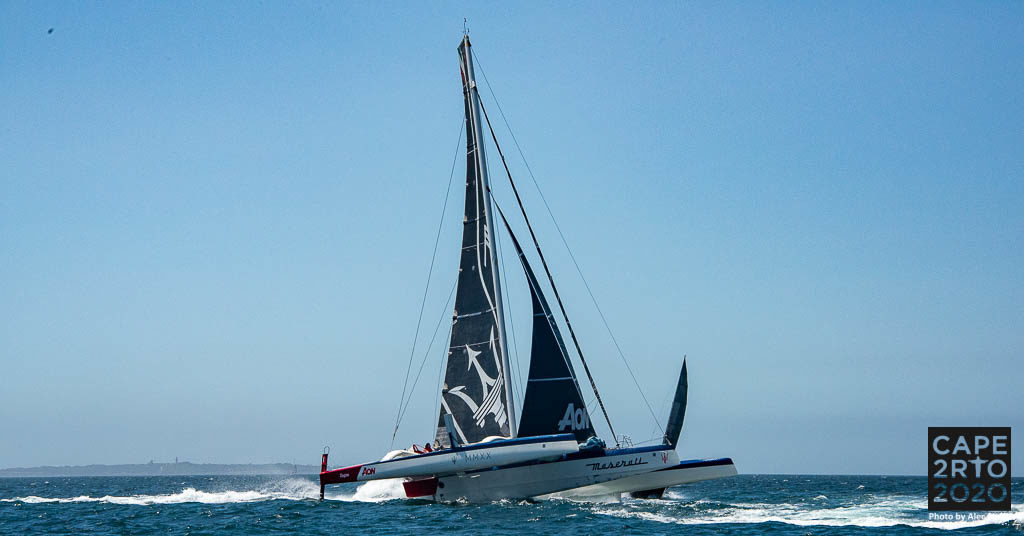 So in amongst the ‘northern fleet’ we are now, and how demoralising it must be to hear, or even see, a massive trimaran blast through as if you are standing still. Life is about choices – some take it at breakneck speeds while others at a more leisurely pace! I know which I would rather be on right now!

Of the three boats we have spoken about most in this ‘northern fleet’, and especially the monohulls, ‘JM Busha 54′, ‘Mojie 1′ and ‘Umoya’ are still out front in this fleet, but now suffering overall on handicap when one considers the newcomers to the fray in the ‘southern fleet’. But what stands out for me is how badly off the pace ‘Umoya’ has been for the past 36 hours, and how ‘JM Busha 54′ is making a comeback, still as the most northerly boat, and also the boat with the biggest distance covered in the last 24 hours of 195nm. That’s good going for a small boat, with this resurgence catapulting them up the leader board and being ahead of their rivals for the first time in some days.

First across the Meridian and into the west was ‘Sulanga’ and then ‘Mojie 1′, with several boats closing that imaginary line down fast and crossing it during the day.

So further south, and soon to put their first 48 hours at sea behind them is the ‘southern fleet’ being led by the two-handed crew of ‘Mussulo 40′ which also wears the leaders crown in the two-handed fleet. 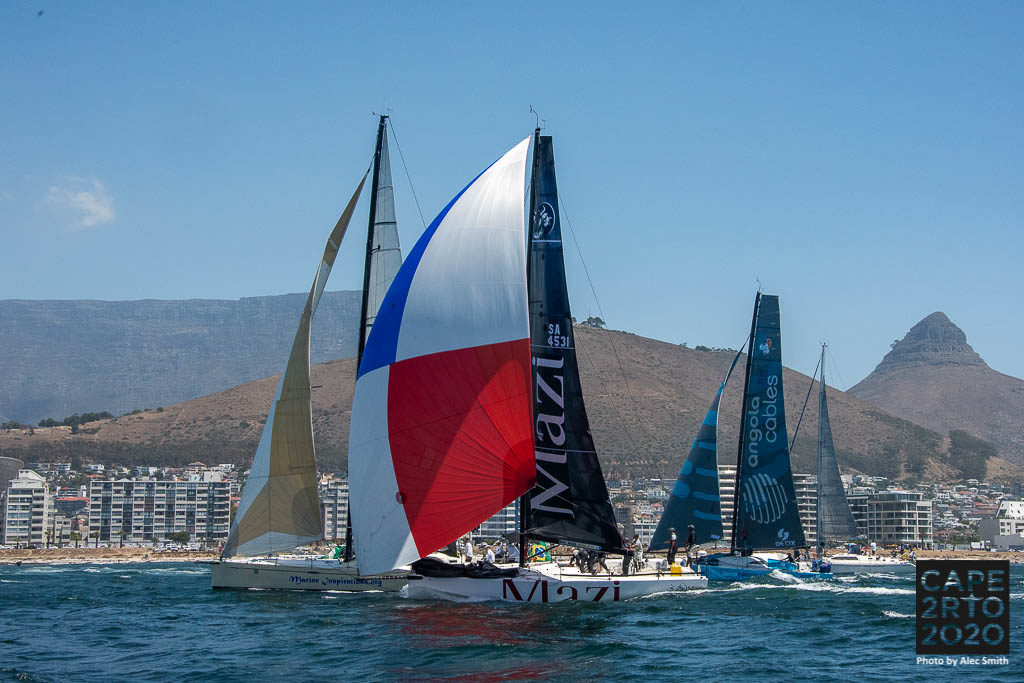 Zulu Girl – her crew are sailing hard and having fun too.
pic by Alec Smith

Wearing the leaders crown in the monohull division is still ‘Zulu Girl’ with an impressive 205nm under her keel in the past 24 hours. Judging by the reports and pics coming off this boat, her crew are having the adventure of a lifetime – and loads of fun too.

The race is unravelling fast with the strategies of the various boats only likely to be revealed by the end of the week. There is everything to play for and no time to slack off.