Cape to Rio 2020. The Big Dogs Are on the Final Runway 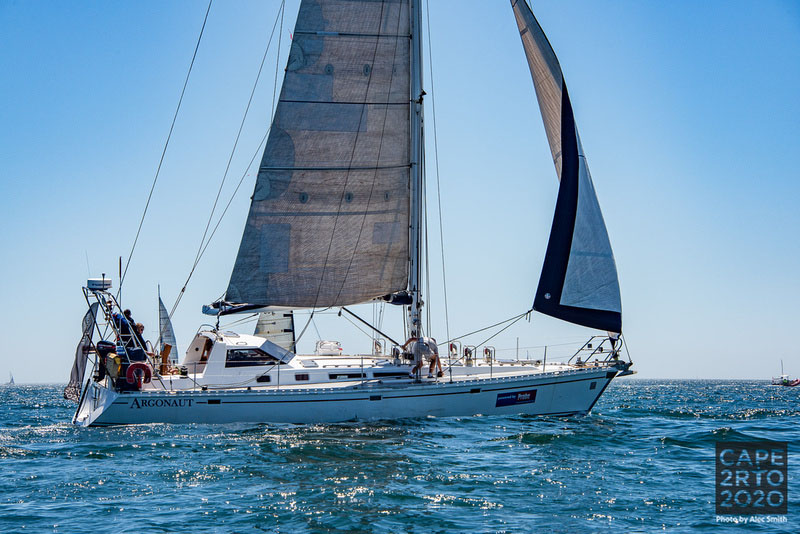 As I thought yesterday the two big dogs did cross to the south of the rhumbline route to Rio from Cape Town, and quite substantially too by almost 100nm. This was a deliberate move by both navigators who saw some good pressure down there to line them up for the final 500nm into the finish line.

Yes, that’s right, ‘Love Water’ has less than 500nm to go, and ‘Maserati’ 536nm, which extrapolates to approximately 18 hours to the finish line at the speeds they are doing – which is about 27 knots.

But, and this is something we will not know for at least another 12 hours, and that is if they have a trouble-free run in, or whether Aeolus (the god of wind) will set a trap and turn the wind off in the approaches to the finish. The wind charts show that this is possible, although these two big dogs do have very wily navigators aboard, and they are likely to be well aware of the obstacles right now and will be plotting their escapes.

Just 40nm separate these two at the 10h00 YB Tracking update, with ‘Love Water’ ahead. They have shared the lead throughout their 7 days at sea so far, with ‘Maserati’ putting in a really good showing being 10-foot shorter on the waterline, and ‘Love Water’ with a crew new to these big trimarans. Whatever happens, they will have had an exceptional dice and been in sight of each other for much of the race. That’s ocean racing at its best!

It’s the rest of the fleet which is really important, especially the monohulls, as it’s amongst these that the overall race winner on handicap will come. And that race is still far from being decided.

The northern fleet continues to track parallel to the 20 degrees south latitude, with both ‘Ronin’ and ‘Adriana’ having breached that latitude and gone north of it – maybe too far north?

‘JM Busha 54′ and ‘Mojie’ are sailing on opposite gybes at the moment, but lead the monohulls up there – and continue to sail fast. Their undoing may well be a big light wind patch a few days ahead, and unless that dissipates and brings more wind, that may well be their races cooked once and for all.

The southern fleet continue to head the leader board, although it has fragmented quite dramatically in the last day or more. ‘Haspa Hamburg’ is the most northerly, and ‘Almagores II’ the most southerly. Between them lie ‘Mussulo’ with the leaders crown, and ‘Ballyhoo Too’ on a similar latitude and behind. These two are sailing a course between 260 & 270 degrees magnetic. 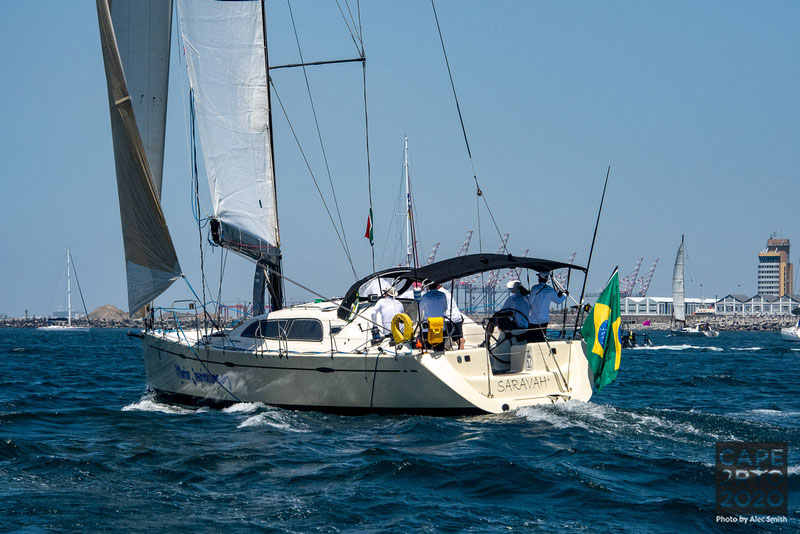 Sandwiched between the above boats is ‘Zulu Girl’ and ‘Saravah’, both sailing at about 310 degrees magnetic, heading northwest and appearing to have lost some ground. There could be good reasons for this course change, as either their navigators have a hunch which they are playing and hoping to benefit from, or they may have suffered some damage in the last few days and are consolidating while effecting repairs and regrouping.

Reports from ‘Zulu Girl’ do indicate that they have some issues aboard which may make the going far tougher as they progress in the race. Neither of their two alternators are working, so they are relying on two solar panels and will have to conserve as much power as possible to keep all their navigation and sailing instruments running until the finish. Without these tools they may not be able to sail as hard and fast as they would like, especially at night.

One has to be self-sufficient in ocean racing and have the ability to “MacGyver” anything and everything that goes wrong aboard. Let’s hope that their MacGyver can do the job!

Of interest when studying the line honours placings right now is that other than the two big dogs who are on the runway to the finish, the next boats to finish could well be in 10 to 12 days time!

Not being on the water and able to see the conditions and boats, unlike in the old days when the SA Navy sent a Guard Ship to escort the fleet, I did enjoy the following terminology from the on-board Mercury newspaper reporter, Gavin Stewart, who said this about a boat as it sped past them: