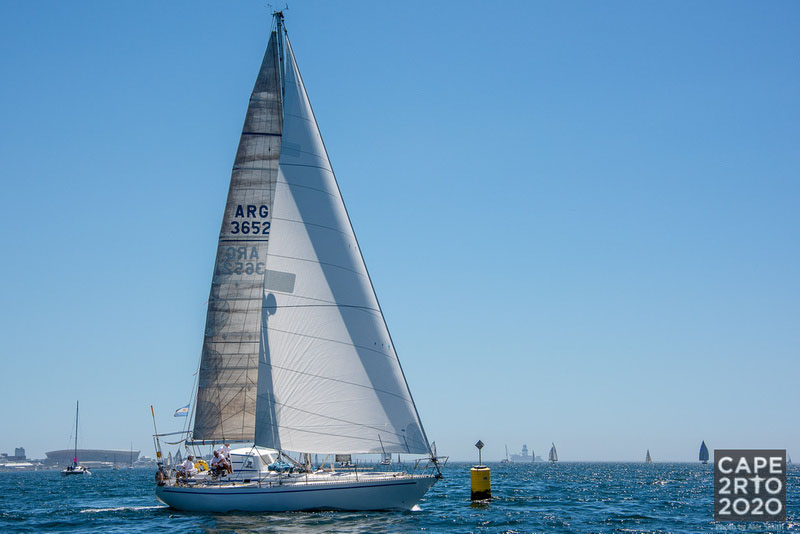 The 10h00 update from the YB Trackers shows that progress is agonisingly slow, and that navigators are having a torrid time positioning their yachts to get the best of what little the wind appears to be offering as progress continues to be slow.

What is fascinating from the tracks of the boats is that it appears some are taking the long route to Rio as close to land as possible! Hopefully their navigators will soon realise that while making some northerly headway is a good thing, some westing will also be useful too.

Of the fleet, Sulanga has so far sailed the furthest having logged 248nm since the start, which also makes her the leading multihull. However it is the Argentinian entry San Salvador that leads the monohull fleet with both the line honours and the handicap lead, followed by Indulgence and Northern Light in terms of handicap.

Although the tracker shows slow progress in terms of Rio as their ultimate destination, the weather maps show that there is some wind now with most of the fleet progressing with boat speeds between 6 and 9 knots – so maybe their daily runs will increase from now, and with almost 2 full days at sea all crew should be well into the daily shipboard routine and maximising boat speed.