Cape to Rio 2020. Opportunities and Obstacles 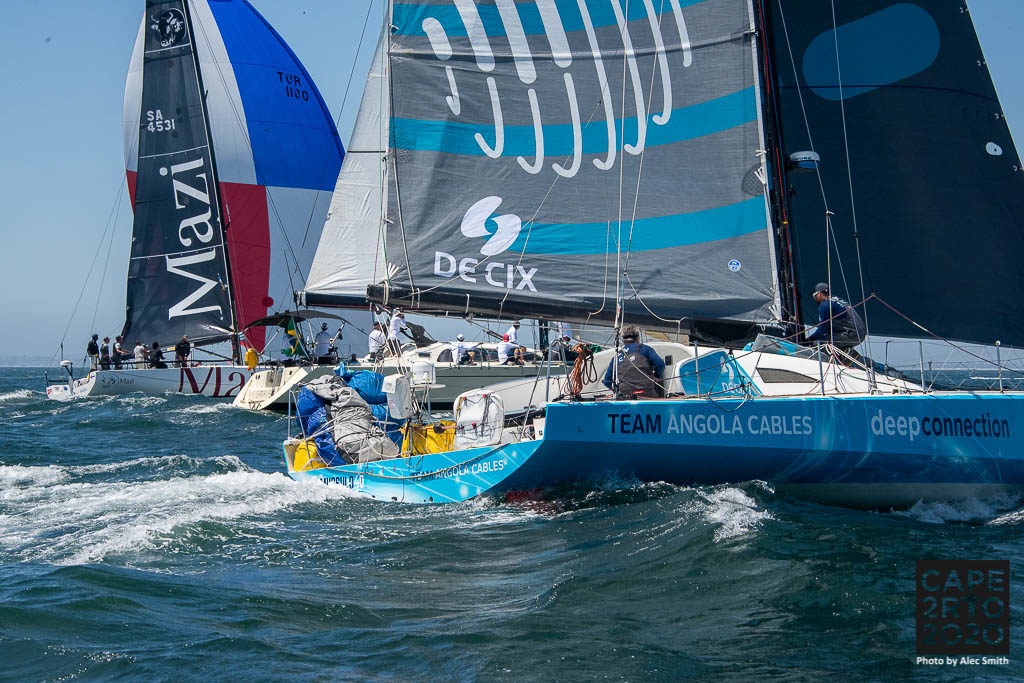 Mussulo 40 leads on handicap – and is also being sailed two-up.
pic by Alec Smith

Something the landlubbers following this race may not know about ocean racing is that outside assistance is simply not permitted and at its worst can be punishable by disqualification, or with a time penalty at the finish. So the crews out there are self-sufficient – or better yet, have to be self-sufficient in absolutely every respect from victuals to water and even navigation.

If one receives water from a passing vessel, penalties can apply, and should one receive weather and navigation information from a source that is not available publically, the consequences can be dire.

So life on board is not all about beer and bikinis, but about managing the boat and its systems, the resources aboard, sailing hard and fast ALL the time by trimming and changing sails, and looking at the clues nature provides to “route” the yacht along the fastest possible course. So life is always busy on board.

The problem with separate starts is that the fleet is divided, as it is now, and until the northern and southern fleets merge, one does not necessarily get an accurate picture of who the performers really are, so hence a bias to actual performance as opposed to handicap performance – for a few more days yet.

As a result the prevailing conditions are different depending which fleet a boat is in, or who you are following.

In the northern fleet the big dogs, ‘Maserati’ and ‘Love Water’, continue at great speed, pointing almost at the finish line and plotting their way through a potentially tricky period where the wind pressure may well drop, before they can break through to new wind, put on the afterburners and rocket towards the finish line which is now less than 1800nm away – that’s 3 to 4 days sailing away at the speeds they are doing now!

For ‘Sulanga’, the 48′ catamaran that has led the way since the first start, her place down the line honours leader board will in all likelihood reduce each and every day until the finish. She has done well and sailed fast since the start, and has been a moving target for the monohulls chasing her.

The trio of ‘JM Busha 54′, ‘Mojie 1′ and ‘Umoya’ continue to look good in terms of line honours position and boatspeed, but only for now, and will have to box clever so as not to fall into a windless hole that may trip them up in a few days time.

However the trio are not looking too good in the handicap stakes, but as the two fleets merge later this week, that may well change.

Down south in the southern fleet ‘Mussulo 40′ still wears the monohull leaders crown, although ‘Saravah’ has had a good last 24 hours. ‘Mussulo’ is the most northern boat of this fleet, and looks to be in a handy position with good wind prospects for the next 24 hours. As stated yesterday, ‘Zulu Girl’ may well be ploughing blindly along on a westward course towards light wind. Her fall from a top position on line honours has been dramatic of late, although she still hangs on to a podium place on handicap. 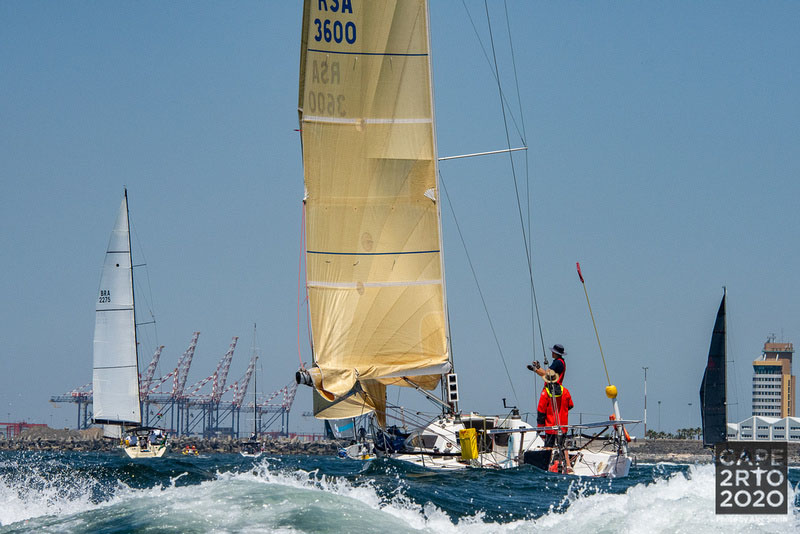 Ballyhoo Too – also being sailed two-up.
pic by Alec Smith

Of interest to me is the fact that ‘Mussulo 40′ and ‘Ballyhoo Too’ are being sailed just two-up, and are doing exceptionally well. The purists may point out that they have less weight on board in terms of victuals, water, crew gear and crew weight making them lighter than their competitors, but just two people are doing all the work that six and more are doing on other boats.

While the whole northern fleet has crossed the meridian and is now in the west, the southern fleet have that as their next milestone – approximately 150nm away.

There’s still lots to play for, many obstacles for the unprepared and opportunities available for those who can recognise and take them!