Cape to Rio 2020. It’s Surely Demoralising Out There? 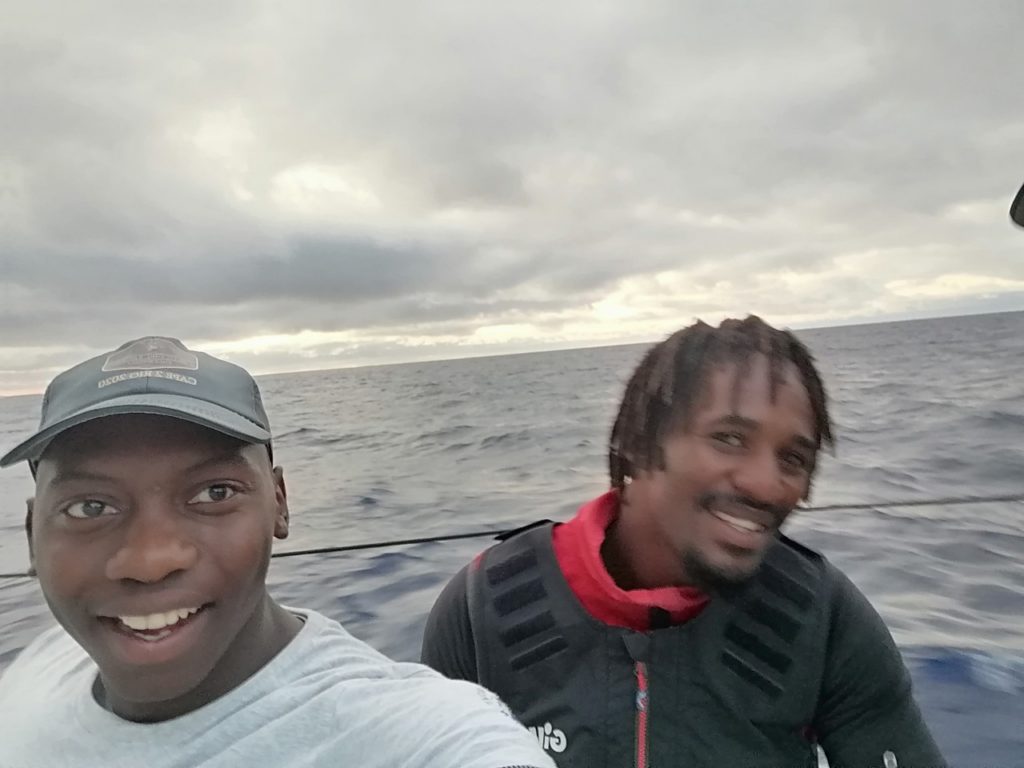 It is surely demoralising out there when you are doing a few knots under 10 knots of boat speed in mid-ocean and a massive trimaran buzzes past you well in excess of 20 knots. Well that’s how the crew of ‘JM Busha 54′ and ‘Mojie’ must feel as ‘Love Water’ will cross within 10nm of the bow of the former, and ‘Maserati’ a similar distance astern of the latter! While the crew of the two monohulls are rubbing their eyes in disbelief those big dogs will be over the horizon and already thinking of the cold beer in Rio.

In terms of Line Honours, the closest boats to Rio, the two big dogs will hold the top two positions later today as they are closing in very fast on ‘Sulanga’ and ‘Mojie 1′ very quickly.

The northern and southern Fleets are still divided and will be for some days yet, but up north ‘JM Busha 54′ remains the most northerly monohull, and in the northern fleet is the fastest having covered 183nm in the last 24 hours.

There is some light wind to the south west of the northern fleet, although they should all miss it if they are keeping a close eye on the synoptic charts and GRIB files.

A very real threat to the southern fleet, especially the boat wearing the handicap leaders crown, ‘Zulu Girl’, is that she could sail into a light patch soon, unless she makes some northing quickly. The South Atlantic High is ominously too close for my liking, and could fell a few others in that fleet too – so this is an area to watch closely over the next 24 hours as it could be the game-changer of this race.

There is good banter coming off the boats, none more than off ‘Zulu Girl’, although I do worry that her crew may be spending too much time telling the world what they are up to than sailing hard, fast and smart. Let’s hope not.

An interesting fact is that the two big dogs, in about 200 nautical miles time, will reach the halfway stage of their race – and that in almost 3 days of racing. ‘Maserati’ has sailed 1625nm so far, and ‘Love Water’ 1626nm. The most interesting fact is that ‘Maserati’ has 2214nm to the finish, and ‘Love Water’ 2232nm. When sailing at about 25 knots boat speed, the miles simply skim by – and right now it’s far too early to pick a winner – but if I blink once too often they will be finished!