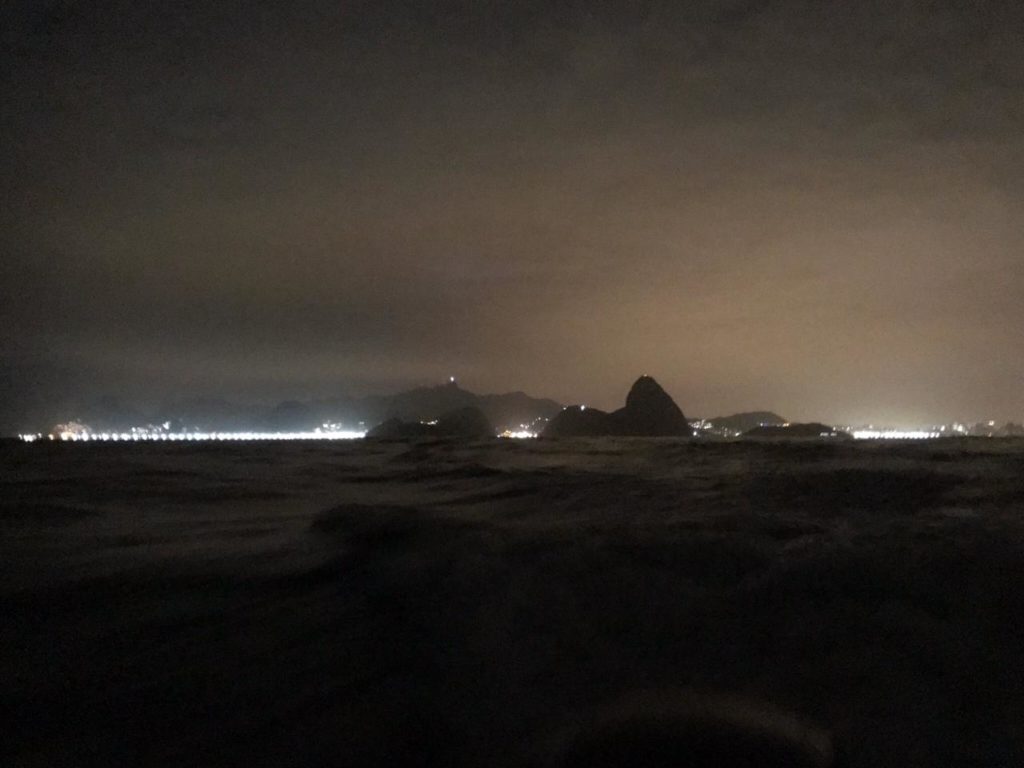 The race organisers heading out to the finish area – it’s dark, bumpy and the winds are light.

I can safely say that it looks almost certain that the big dogs duel has the honours even matched! How so? At the 10h00 YB Tracker update they had not finished, although ‘Love Water’ was just less than 6nm from the finish, and ‘Maserati’ 30nm behind. So ‘Love Water’ will wear the line honours crown and ‘Maserati’ should wear the handicap crown.

Theirs has been a fierce battle from the start line in Cape Town, and has seen them shadow each other across the ocean, trading the leaders crown regularly, and often almost being eyeball-to-eyeball with each other. How exciting this has been for both those crews and all the followers around the world.

At one point it looked as if ‘Maserati’ might pull off an unexpected line honours victory, but the 10-feet of additional waterline length on ‘Love Water’ ultimately was the difference between the two – and a crossing in a few hours under 8 days. That’s impressive and will set the benchmark for future races.

These two have hogged the headlines simply due to their massive speeds and ability to sail some 600nm a day. 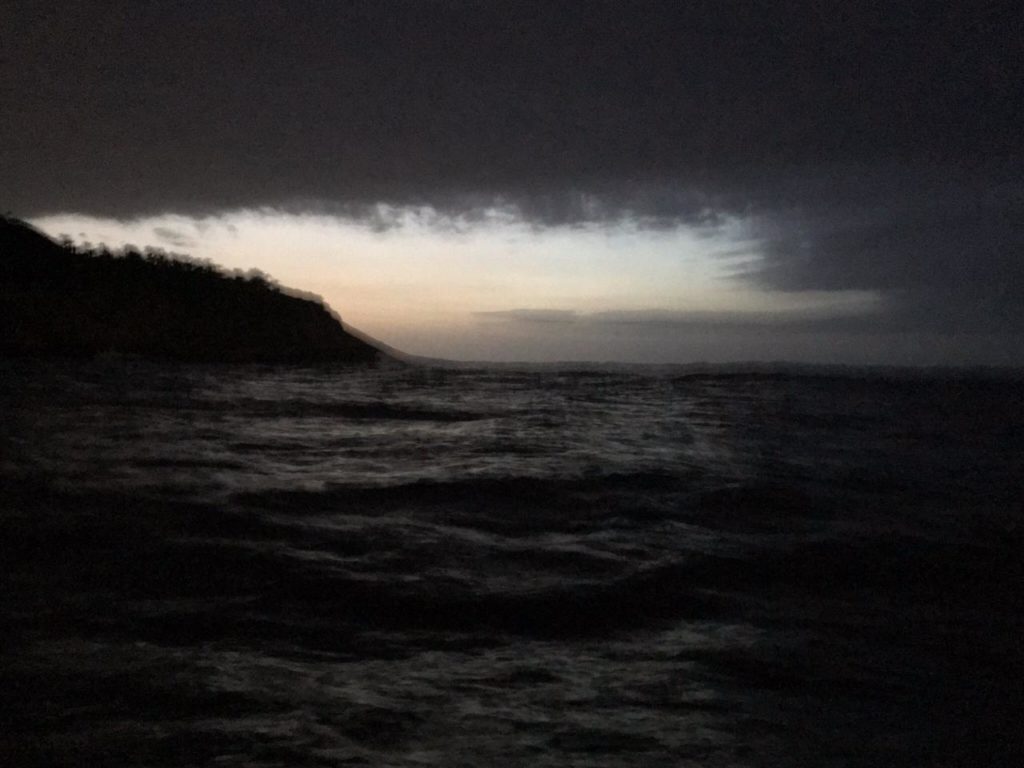 Dawn awakens out at the islands of Ilha do Pai and Ilha da Mae (father and mother islands). The finish line is between these islands. It’s bumpy and there’s very little wind.

The rest of the fleet now have anything between 10 and 21 days left at sea. These are the real salty dogs of the race and hardy crews who have to ‘vasbyt’ hard aboard small, wet and slow boats in comparison to the big dogs, all to fulfill a dream of crossing the South Atlantic in a small boat. They push their steeds hard for anything upwards of 18 days and more, living in cramped and damp conditions with few if any home comforts. So feel for them, and salute them as these are the men and women who make this race the great event it is.

The northern and southern fleets will begin merging within about 24 hours, but at this stage it looks as if the southerners have the upper hand as up towards that 20 degree south latitude the wind has been light and frustrating the progress of those up there. Further south they have had wind and have clocked up some good distance over the last 24 hours with ‘Mussulo’ in the south having the best run of 186nm, while up north ‘Mojie’ has only covered a miserable 118nm. These are the vagaries of ocean racing.

For me the northerners are likely to have a few days of light winds ahead of them, which won’t please them nor do anything for their overall handicap positions and finishing times. For the southerners who have a few days of good winds ahead, if they don’t use this opportunity to pile on the miles and inflict pain on their northern rivals, they won’t deserve to win the race on handicap.

The real race is now beginning, so don’t stray or go away as there’s lots of excitement to come. Follow it on YB Tracking HERE