Brest Atlantiques Race. Flying At Over 30 Knots Off Gibraltar 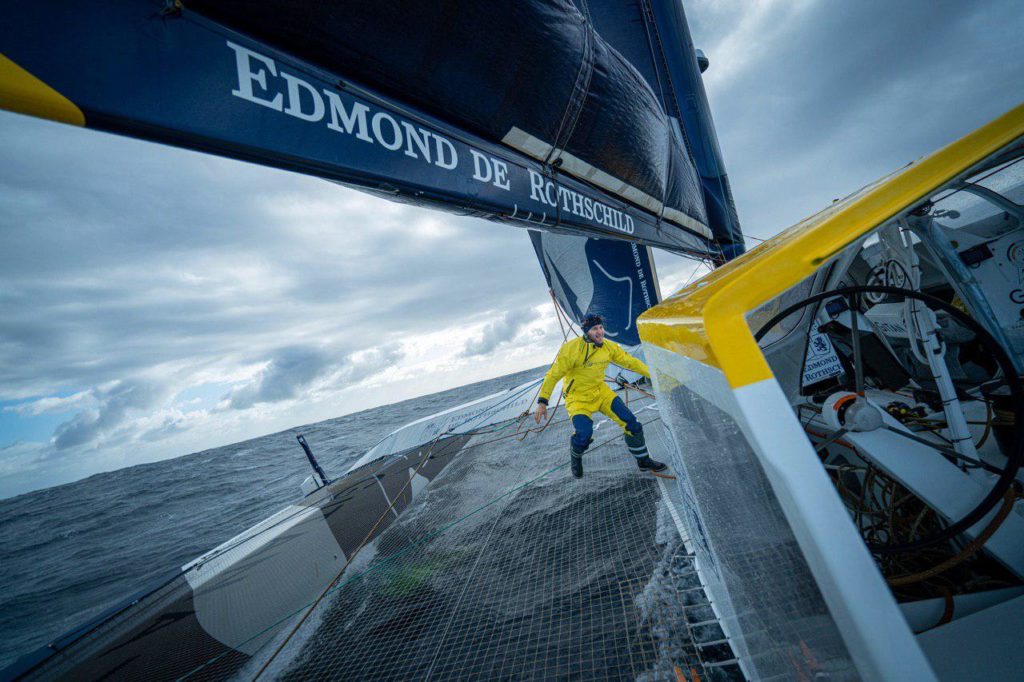 Thirty hours into racing and all four of the trimarans competing on the Brest Atlantiques race have already reached the latitudes of Gibraltar, most of them averaging around 30 knots with top speeds over 40! Ahead lies one gybe to be taken between the Azores and Madeira before a fast surf down to the equator.

The fleet has not been hanging around having set off cautiously on Tuesday in very rough seas, the four trimarans taking part in the “Brest Atlantiques” race have now built speed and let out reefs in their mainsail as well as raised headsails, taking advantage of favourable wind angles (north-west) and a gradually calming seas, conducive to very fast sailing. The videos taken at the start and being sent back from on board showed very challenging conditions continuous hissing, big foaming waves and winds of 40 knots!

Whilst all raced with care at the start up to the point that two of the four boats, the Maxi ‘Edmond de Rothschild’ (Franck Cammas/Charles Caudrelier) and ‘Actual Leader’ (Yves Le Blevec/Alex Pella), chose inshore routes in the Bay of Biscay and a passage east of the DST (traffic separation zone) off Cape Finisterre, they have now all switched to full racing mode, particularly the leaders Trimaran ‘Macif’ (François Gabart/Gwénolé Gahinet) and Maxi ‘Edmond de Rothschild’ who have been at full pelt throughout Wednesday afternoon averaging 28-29 knots of boat speed.

Just behind, sailing on a the latitude of Gibraltar (908 miles covered in all by the Trimaran ‘Macif’ in the 4pm ranking), ‘Sodebo’ Ultim 3 (Thomas Coville/Jean-Luc Nélias) is not letting go of the leaders, just 54 miles from the leader, while ‘Actual Leader’, who slowed down passing Cape Finisterre in an area of lighter breeze, is now 162 miles away. “We started flying last night, now we’re surfing at 40 knots, we’re in the lead, it’s cool. We managed not to break anything in the Bay of Biscay and found the right compromise between speed and boat preservation,” François Gabart congratulated himself on Wednesday in a video sent by his media man Jérémie Eloy.

What happens next? Routing specialist Christian Dumard, who works with the race director, explains: “They are currently finishing rounding the Azores high from the south in a sea that has calmed down, this is what we call a seagull’s wing, then they will gybe, probably at night, between Madeira and the Azores, and head south towards Rio. “Where the first are expected in about 7 days.”

Race Director Jacques Caraës said: “This morning, with wind continued to be irregular in strength and direction; we can see that ‘Actual Leader’ hit a big soft spot, but since then, it’s quite stable and sustained and whilst not very fast, they’ve been making a heading of 220 degrees, averaging 30 knots. We have not received any calls, proof that the boats and the sailors are fine. The next challenge for them is to plan for their gybe before heading south. Despite the seas having calmed, things must be shaking around quite a bit on board, they are hitting 40 knots quite often and the media needs to really hold on in these conditions. The fatigue must be setting in as they would not have got much sleep last night and when it shakes around that much, it is hard to get any form of rest.” 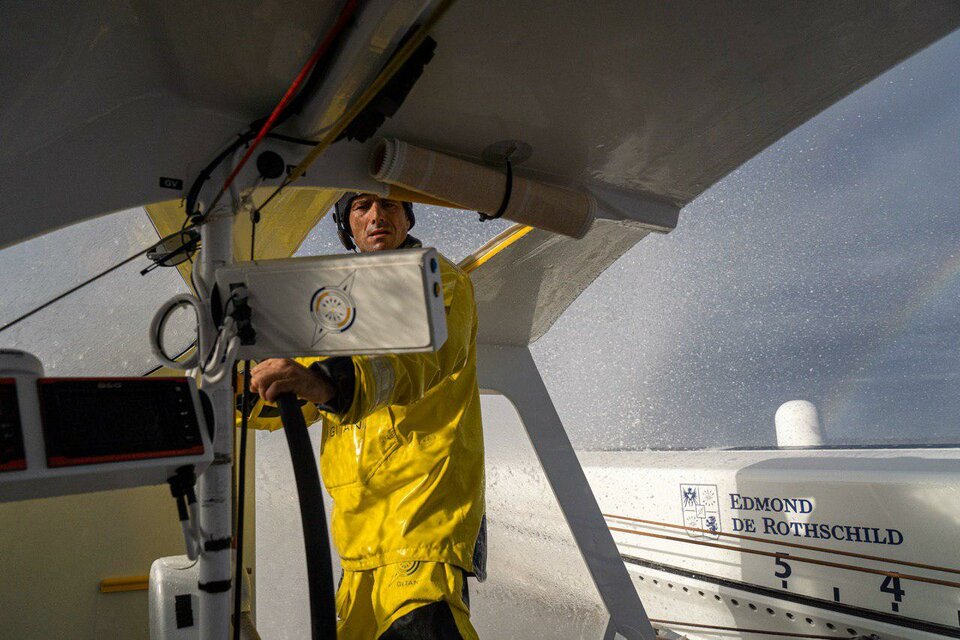