Brest Atlantiques. Is it Now Down to Two? 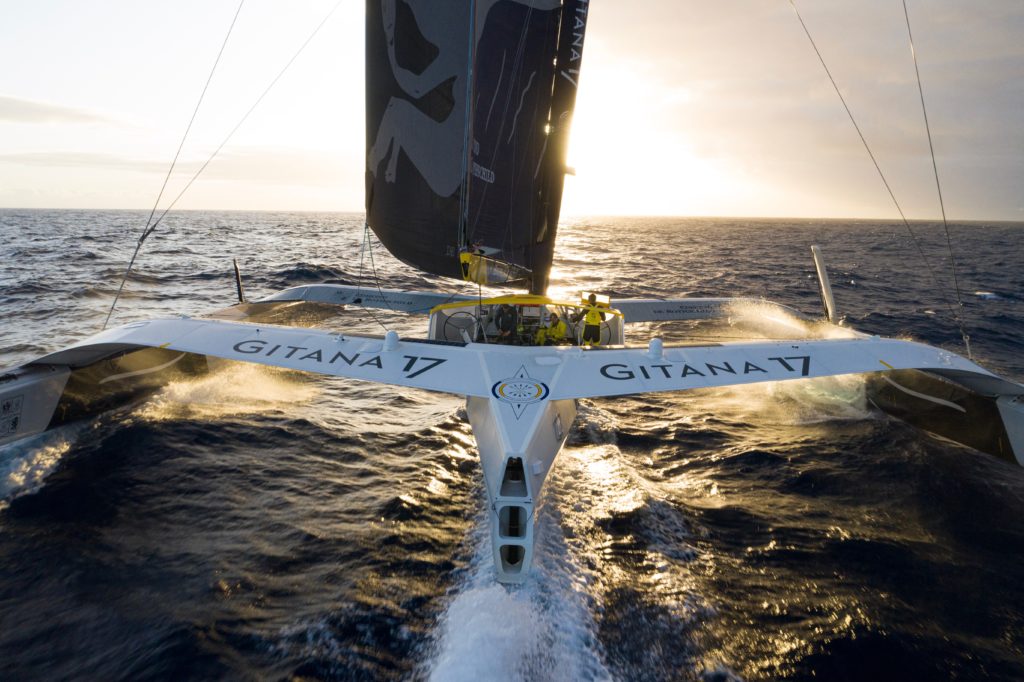 On Sunday, after five days of racing, the Doldrums delivered a favourable advantage for ‘Maxi Edmond de Rothschild’ as the team was hardly slowed down compared to its rivals. Just after crossing the equator Franck Cammas and Charles Caudrelier had a 163 mile lead over their immediate competitor after 5 days 3 hours and 45 minutes at sea, trimaran ‘MACIF’. However, the two co-skippers will have to make a technical stopover in Salvador de Bahia for repairs to the daggerboard, and subsequent to that announcement, ‘MACIF’ will pit-stop in Rio de Janeiro.

Will this will allow ‘Sodebo Ultim 3′ and ‘Actual Leader’ to get back in the race? Time will tell!

‘Maxi Edmond de Rothschild’ needs repairs to its daggerboard, which got damaged after colliding with an unidentified floating object. Their technical team is already in Salvador preparing all the equipment so that when the boat arrives, the repair work can take place as quickly as possible. 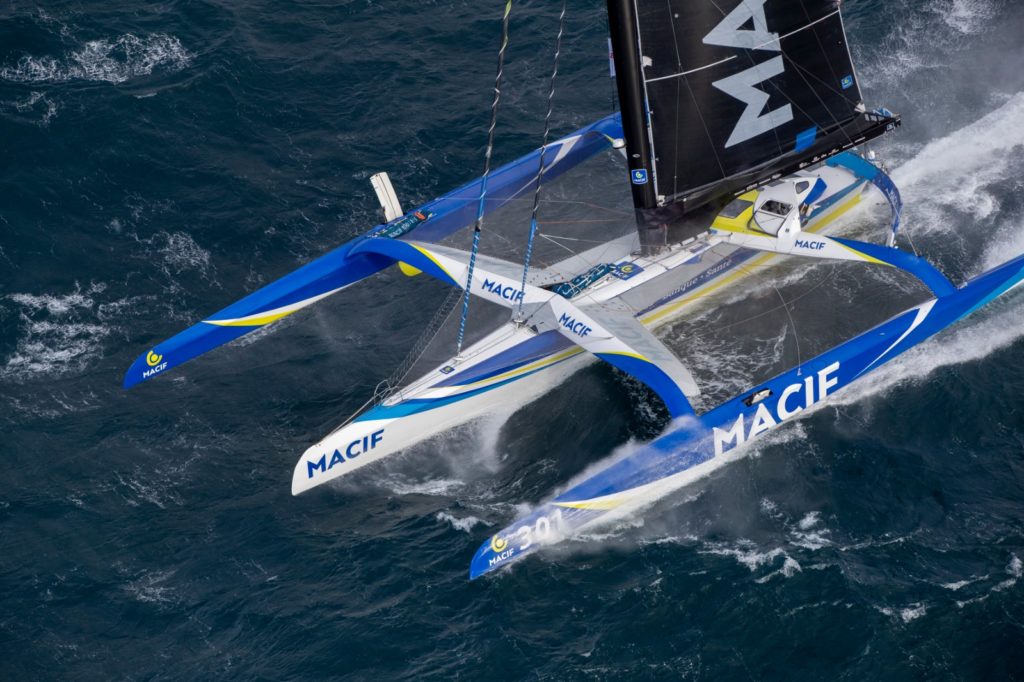 ‘MACIF’ damaged their central hull rudder off Cape Verde, as François Gabart explained to media man Jérémie Eloy: “We were sailing relatively fast, at around 35 – 40 knots, when we hit something pretty hard. There was a sudden loud crash, as we violently hit an unidentified floating object, causing the central hull rudder to break. Located at the back of the central hull, this rudder is used to steer the boat. Luckily, we have three in total on our Ultim trimarans, so we still have the two float rudders as backups. Going straight, we continue to sail fast, but there are times when the boat becomes difficult to manoeuvre, and we come close to veering off track, a little like what I experienced last year in the Route du Rhum after we lost a float rudder.” 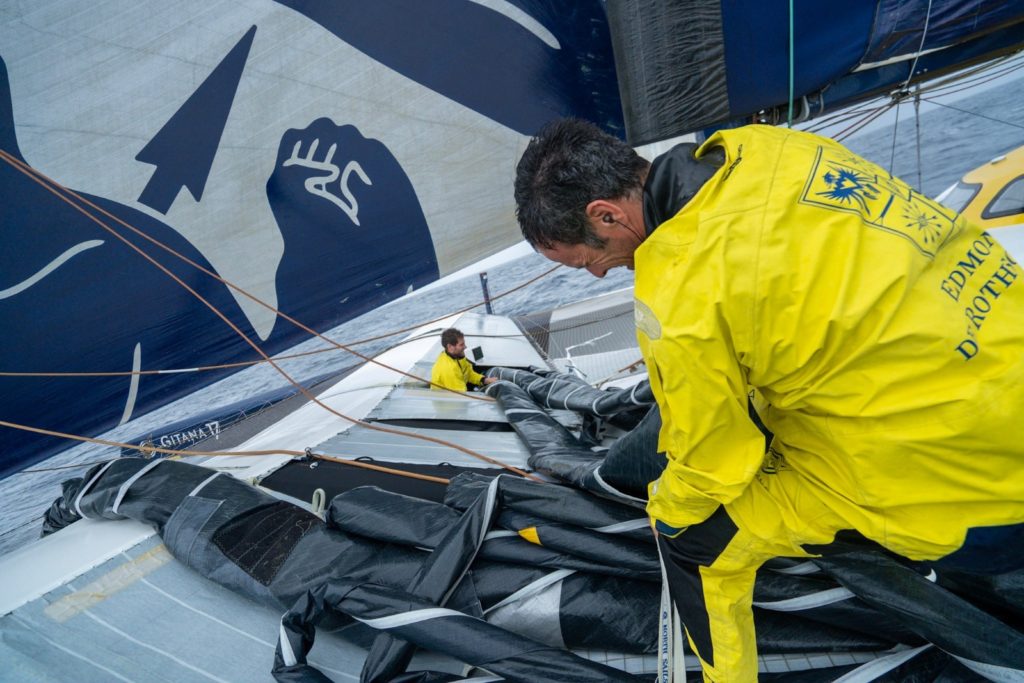 These two pitstops will inevitably benefit ‘Sodebo Ultim 3′ and ‘Actual Leader’, who are looking likely to pass ‘Maxi Edmond de Rothschild’ and ‘MACIF’, despite the weather conditions looking unfavourable for going at high speeds, said Christian Dumard, weather consultant for Brest Atlantiques: “We can already see that the trade winds are looking shifty, and will continue to be fairly weak and erratic as far as Rio. That said, when they arrive in Rio – probably on Wednesday afternoon for the leaders of the fleet – there will be a strong easterly wind. This means that once they’ve sailed round the Cagarras Islands, they will then face strong winds going upwind. The conditions will not be easy, everyone must start thinking about their strategy and how to manoeuvre their boats.”

The saying often used in offshore racing that the rich are getting richer was reflected in the first of the two crossings of the Doldrums. On Saturday morning, when analysing the positioning of this inter-tropical zone, where the trade winds from the northern and southern hemispheres converge, causing hot air to rise and large cloud masses to generate either violent squalls or periods of calm, Franck Cammas believed that the first to arrive would have the best chance of getting out quickest. 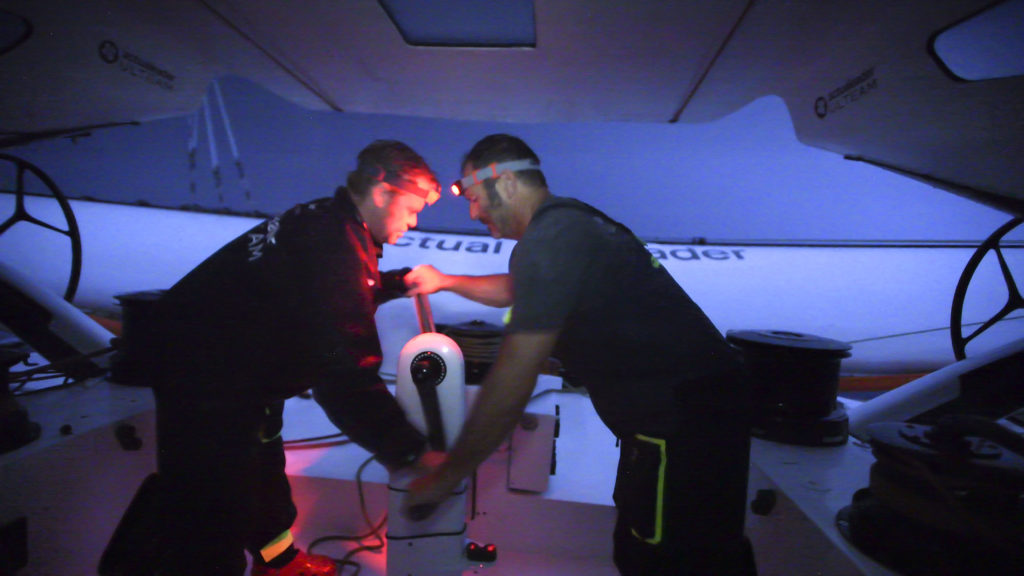 There is no let-up – whatever the hour!
pic by Ronan Gladu / Actual Leader

The skipper of the ‘Maxi Edmond de Rothschild’ was right as the Guillaume Verdier designed trimaran, which entered the Doldrums on Saturday afternoon, will only have spent around fifteen hours there, without having completely stopped, except on Sunday morning just as they seemed to be out of the woods. “We thought we’d get out earlier, but the bad weather caught us before we left and we took a few hours off! Now that seems comical…. ” said Franck Cammas in the morning.

For Thomas Coville it was a very different experience. “We didn’t leave at all, the Doldrums reformed ahead of us. It didn’t take much for us to experience the same thing as those in front. It’s a lot of effort for a lot of frustration.”

So with all this going on in the fleet, the leaderboard will undoubtedly change in the coming days, although it does not mean that the two who are pit-stopping are out of the race completely as these trimarans are so fast that a favourable wind pattern could easily put them right back in contention – or even ahead of the pack. 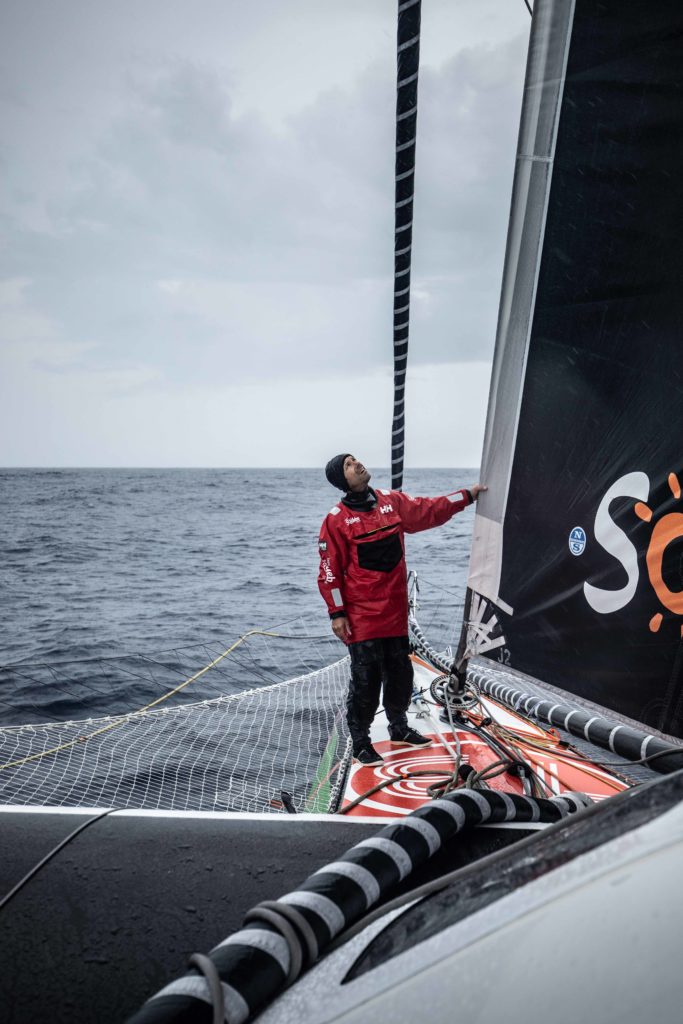 An indication of just how big these trimarans really are.
pic by Martin Kerurozé / Sodebo Ultim 3 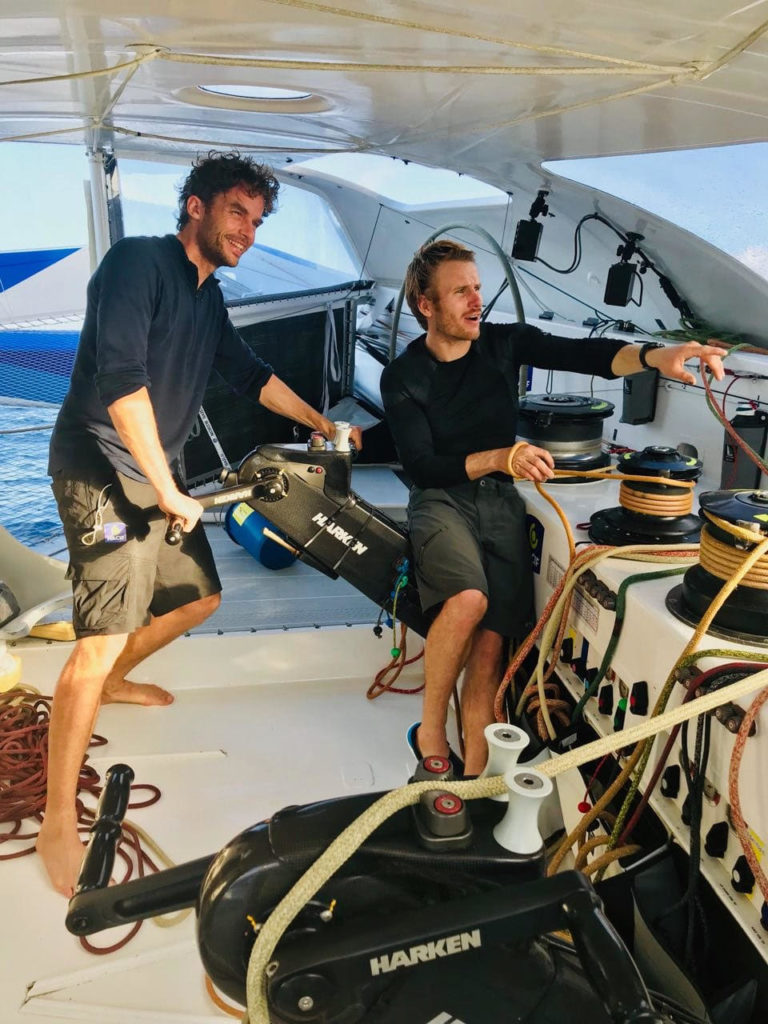 It’s always “hands on the pumps” aboard these massive trimarans.
pic by Jérémy Eloy / Macif