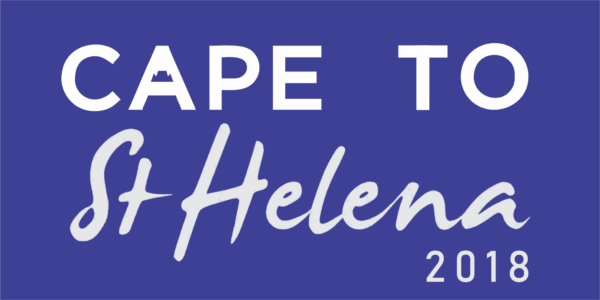 The most famous race of them all – the Rolex Sydney Hobart Race – is not the only yacht race to start on Boxing Day as our very own race from Cape Town to St Helena also starts on the same day.

The only real difference being that the St Helena Race has a far more laid back feel to it.

Imagine ten or more days on a yacht with nothing but the vast ocean surrounding you, in the company of good friends and family, away from the hustle and bustle of the city, far away from technology and social media. This is the experience awaiting the contestants, aged between 8 and 70, in this year’s yacht race.

Co-presented by the Royal Cape Yacht Club, St Helena Tourism and St Helena Yacht Club, and co-sponsored by Wesgro, the race will start in Table Bay on Wednesday, 26 December at 14h00.

Departing yachts will be visible from vantage points along the coast of Cape Town before they disappear on the horizon and are expected to take between 9 and 15 days to arrive at St Helena island. 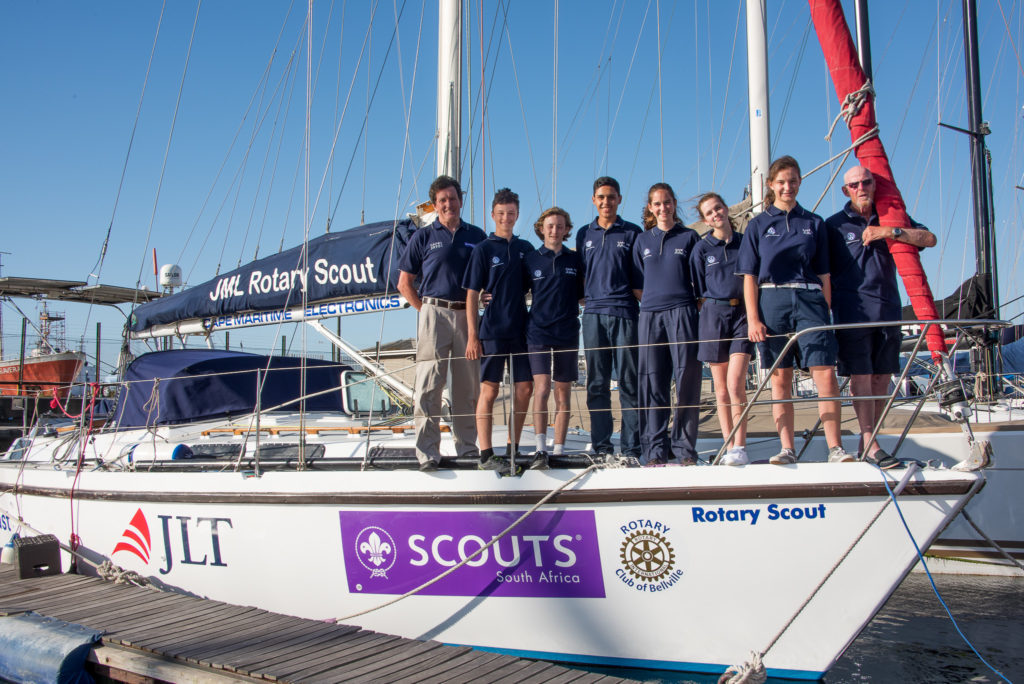 Crew members of the 15 participating yachts, of which some have sailed to St Helena before, gathered at the Royal Cape Yacht Club last Friday to be welcomed by RCYC Commodore Vitor Medina as well as Cape to St Helena Race Chairman John Levin. Crews range from single-handed (Dale Kushner aboard ‘Yolo’) to eight (‘Rotary Scout’), consisting of families and close friends sailing together and it seems like the delightful mix of young and old, complementing childlike wonder with experience, is bound to ensure some unforgettable days at sea.

A race like Cape to St Helena generally attracts a more relaxed and leisurely type of sailor as opposed to the serious professional racing type, says Hilary Ackermann, RCYC sailing events manager. The fleet, consisting of yachts between 31′ and 55′, all of which are excellent cruising vessels, includes twelve monohulls, two catamarans and a trimaran. 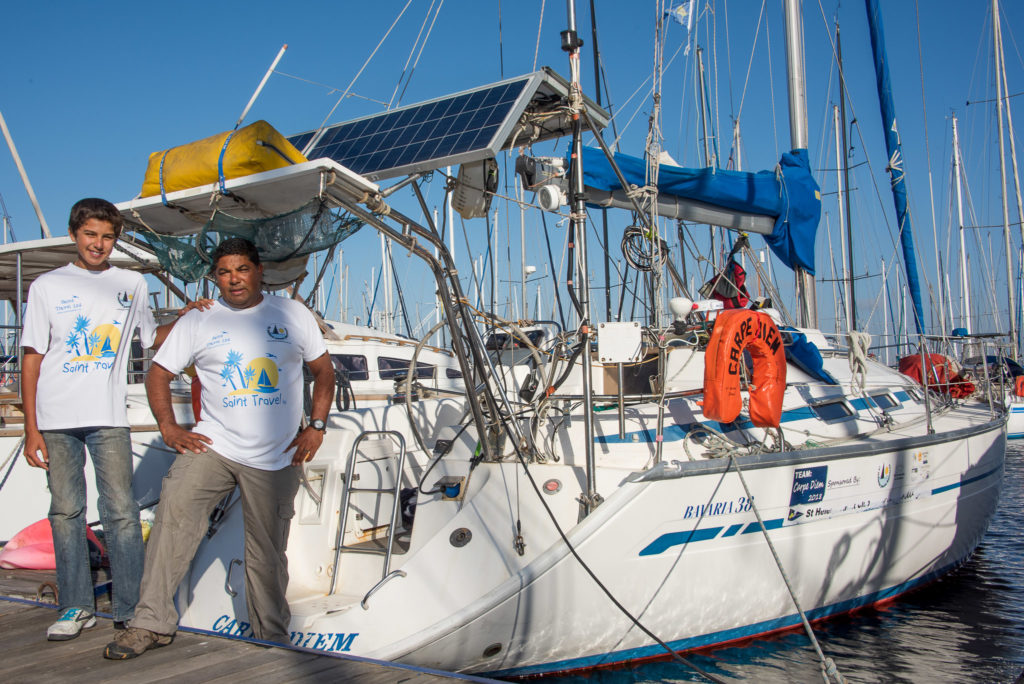 St Helenians Joshua and James Herne (skipper) in front of their yacht ‘Carpe Diem’. James’ wife, Hannah and their other two children will all sail to St Helena together.
Pic by Alex Smith

Among the many children who will be sailing to St Helena are six Scouts from Cape Town, all aged sixteen or younger: Kerryn Bosch, Tyla Gill, Wendy Sorour, Ewan Blamire, Joshua Jackson and Kyle Sasman represent the team with the most youngsters on board. Skippers Peter Bosch and Rory Rochat, both very experienced sailors, will be in charge of their yacht ‘Rotary Scout’.

Hoping for line honours once again is the team aboard ‘Banjo’, the 31′ trimaran that has crossed the finish line first twice before. Skipper Kevin Webb is confident that it will only take them around 9 days to complete the race.

The one St Helenian team that will be competing along 14 South African teams arrived in Cape Town this week. Skipper James Herne, who will be sailing with his wife and three children, has recently completed a circumnavigation with his family aboard their yacht ‘Carpe Diem’, which is currently moored at the Royal Cape Yacht Club. 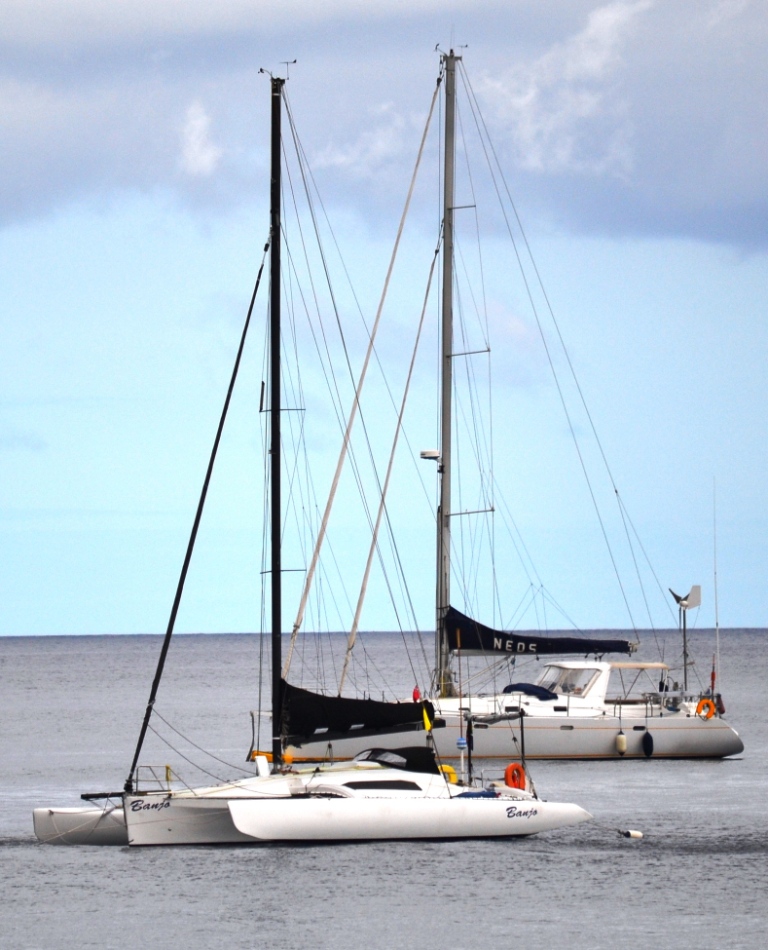 Due to its remoteness, St Helena Island has struggled to attract visitors in the past, and the islanders are very much looking forward to welcoming and entertaining the competitors in early January. St Helenians (or ‘Saints’, as they are often called) are known for being extremely friendly and hospitable. Since the completion of their small airport last year, the magnificent island has been receiving more tourists. SA Airlink operates weekly flights between Johannesburg and St Helena, with a capacity of 89 passengers for every flight.

Some of the competitors will be flying back home after a few days spent on St Helena, while others will sail their boats back to Cape Town. Nine of the yachts will be transported back to the Cape aboard the cargo vessel ‘MV Helena’, which has offered the Cape to St Helena sailors highly subsidised rates, without which the event would not have been possible.

All boats are required to report every day at 10h00 South African time, and updates will be posted daily on www.capetosthelena.co.za 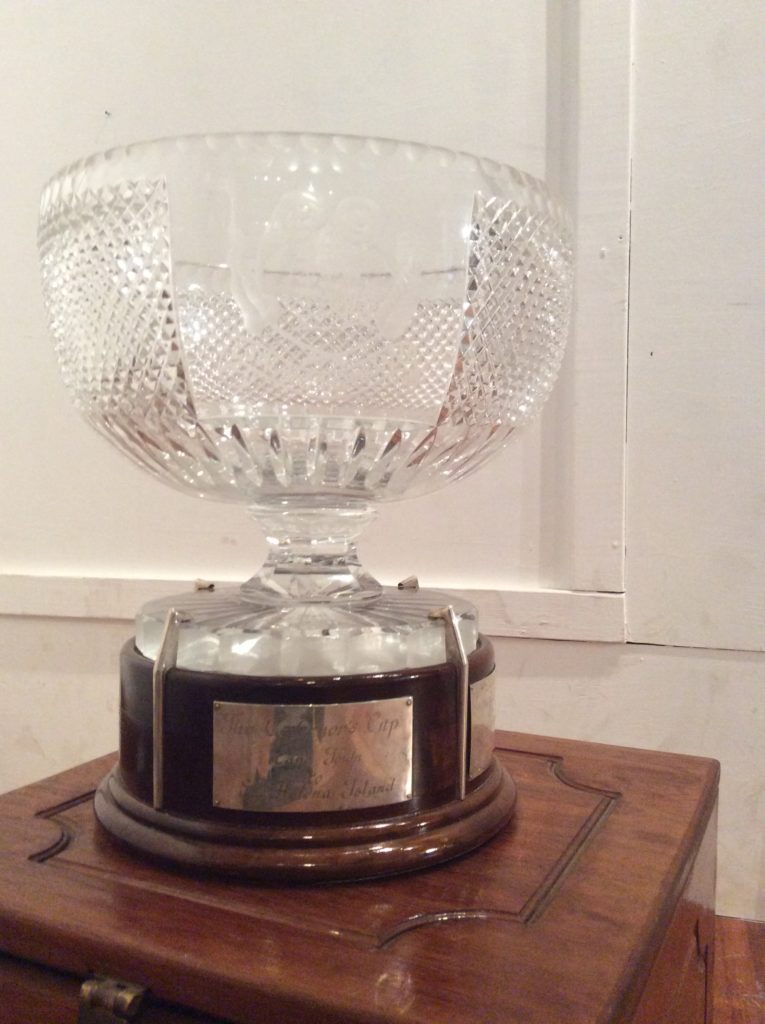