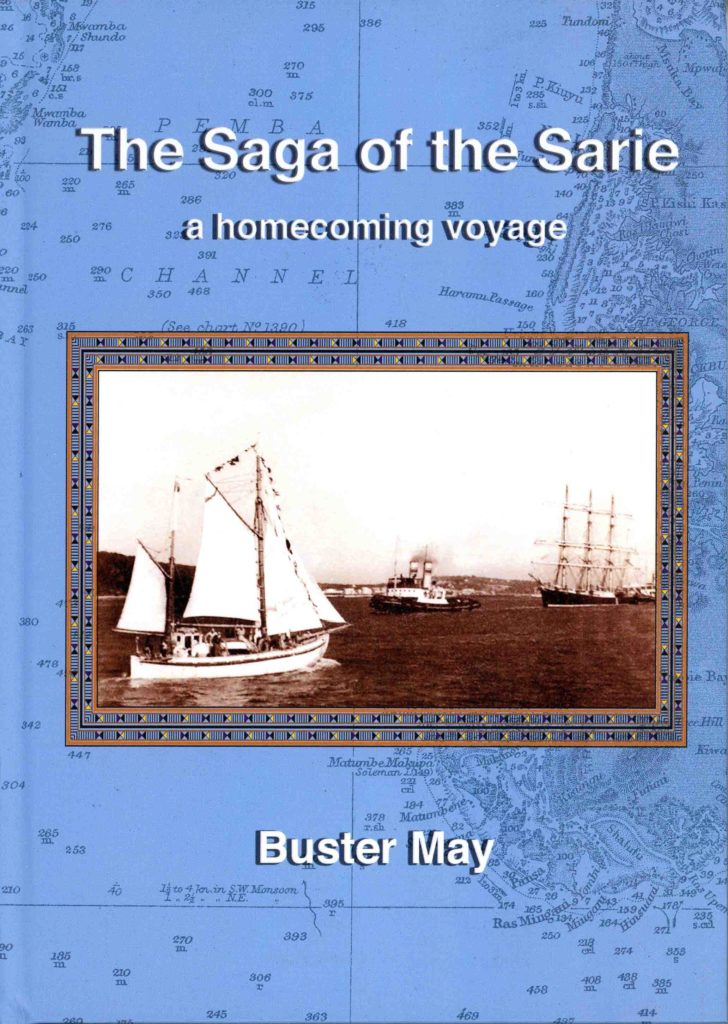 Book Review: The Saga of the Sarie
by Buster May

From the outset let me say that this is an exceptionally well written book which is crammed full of interesting anecdotes, stories, feats of seamanship and much more.

Interestingly the book was written in 1964, but as May could not find a publisher, he abandoned it in a cupboard. After his death in 1998 it was found by his son Dave who decided that the story was too good not to have it published. Kudos to him as it’s a great read, one which I thoroughly enjoyed and almost read in one sitting as it was so absorbing and richly illustrated.

Buster May served aboard an aircraft carrier, flying an Albacore biplane on submarine patrol in the Indian Ocean. On one quiet day while in the air he resolved that when the war was over and he had the leave, he would sail from the UK home to South Africa in command of his own vessel. This book tells that story.

Granted leave early in 1946 May took himself off to Norway as he saw the Scandinavians as seafaring people, and felt he would find his dream boat on their waters. The upshot of this was that he, together with a friend named Andy who had heard that the Norwegian Lifeboat Institution were replacing some of their vessels, went to look and ultimately purchased the ‘Arne Fahlstrom’ lifeboat which had been built in 1913 as a sailing vessel, renaming her ‘Sarie’.

She obviously needed refitting as a cruising vessel before the passage to South Africa. There was little rush in this respect, so slowly but surely she was refurbished and the passages from port to port began.

Having been a Military Officer May had many former military friends in all sorts of different towns and cities, and called on these people every time they arrived in a new port. Some were still serving so he had entree to military establishments which resulted in what could have become a pub crawl of cocktail party to cocktail party! Yet steadfastly the ‘Arne Fahlstrom’ moved from her home waters, through the Irish Sea to Gibraltar, the Mediterranean, the Red Sea, and then into the Indian Ocean from Aden to Mombasa and ultimately Durban.

This was not a series of passages that were easy, as being on a budget they often had to make good with whatever was best for their budget, and not necessarily right or man enough for the job. They stuttered and started their way to Durban, arriving in April 1947 almost exactly a year after taking ownership of the vessel, with May fulfilling the dream which began aboard an aircraft on submarine patrol.

The ‘Arne Fahlstrom’ was a sistership to Sandefjord, but sadly in about 1948, after a refit by new owners who installed a new engine, she sank in Durban Bay after the exhaust had not been sealed off properly. She was later salvaged but was irreparably damaged by the crane that lifted her onto the hard. A sad end for a fine vessel.

Purchase and other enquiries from Dave May – davegmay@icloud.com