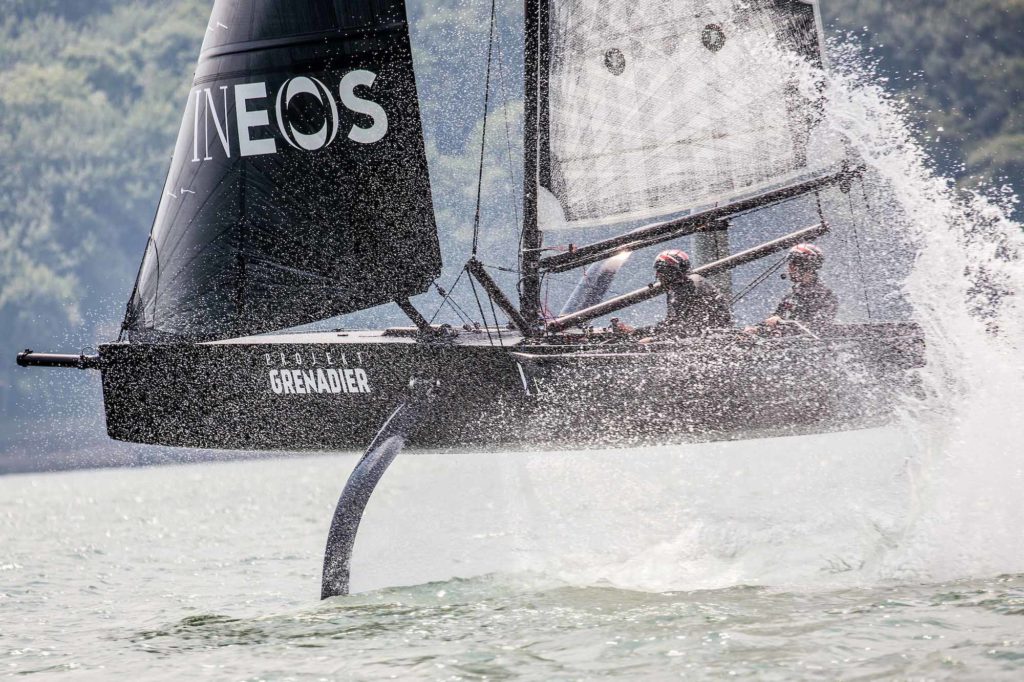 On the day last week that the America’s Cup race course and event dates were announced in Cowes, Isle of Wight, where the Cup began back in 1851, INEOS TEAM UK the British Challenger for the 36th America’s Cup also released the first official images of their test boat, known as T5, a small scale foiling mono-hull.

No team’s full-size race boat can be launched until before the 31st March 2019, under the America’s Cup rules. The boat began sailing in late June and has sailed regularly from the team’s Portsmouth base through the summer. 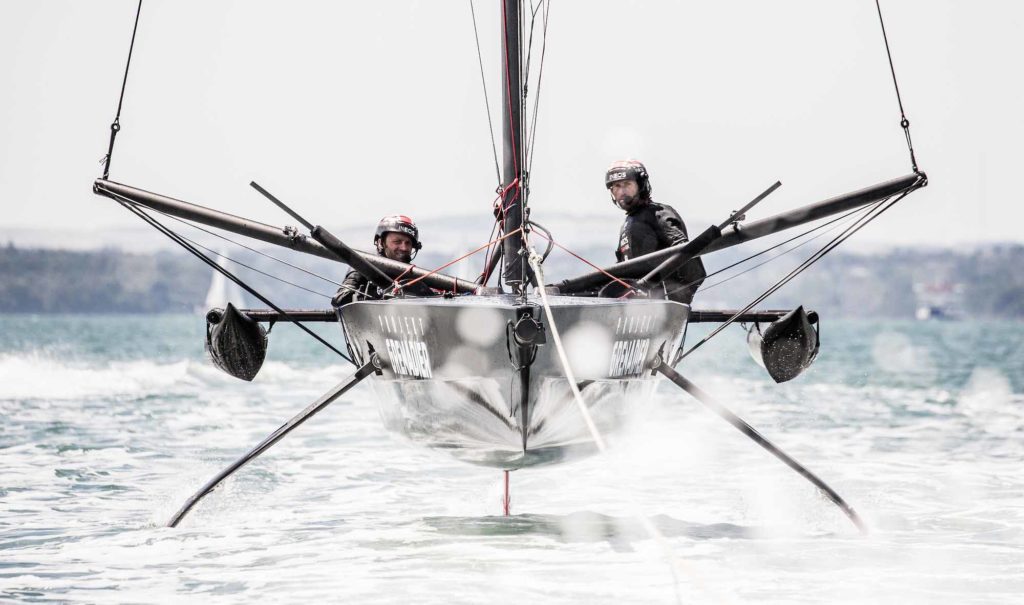 “Sailing T5 is an important part of the learning process with this new concept,” added Ben Ainslie.

Grant Simmer, INEOS TEAM UK CEO was keen to stress this is only the start of a long process of design and development, in the build up to the America’s Cup in 2021. “We know the other teams won’t be that far behind us and we must keep pushing harder than ever. This is a good start and a real credit to the whole team.” 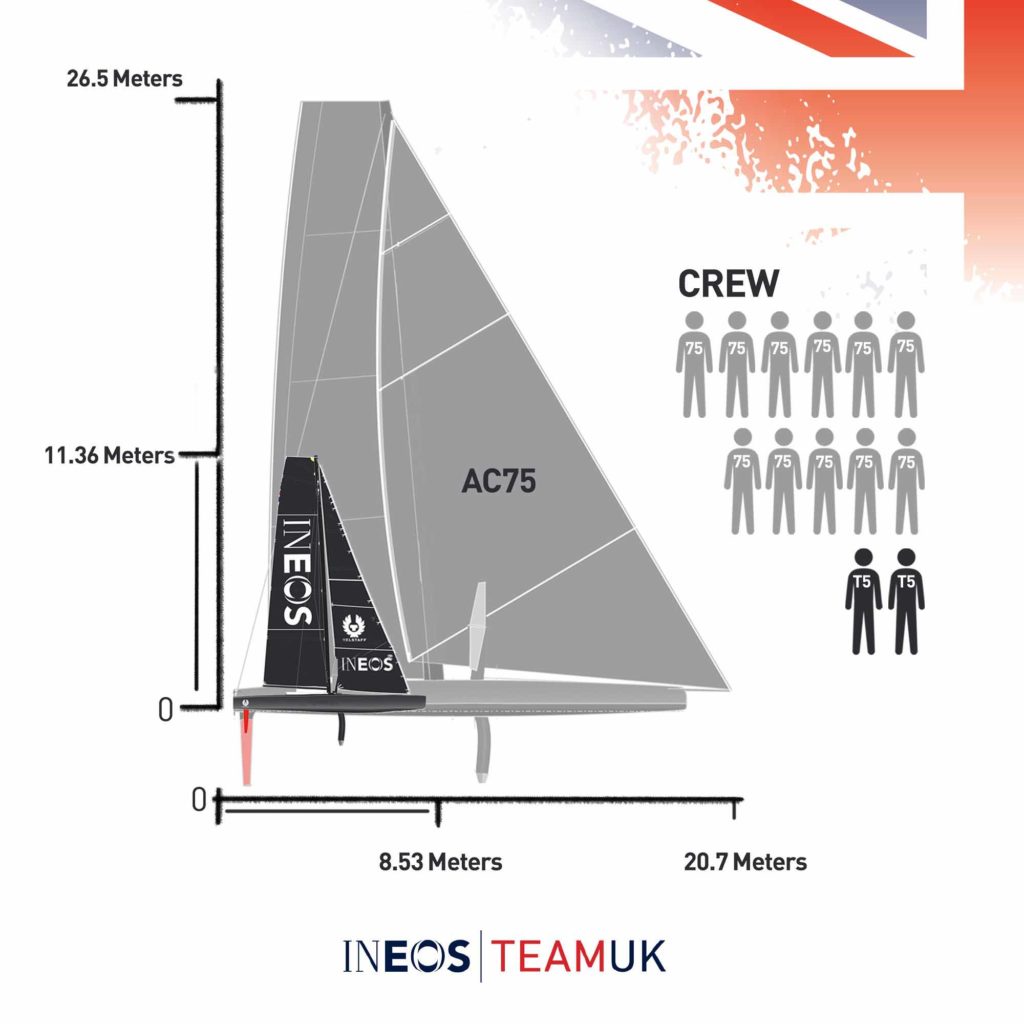 Facts and Figures
• T5 is a 28-foot foiling monohull, it began life as a Quant 28 but has been significantly modified to match the fundamental parameters of the AC75, the class of boat that will contest the 36th America’s Cup.
• The modifications involved installing two foil arms, T-foils and control systems, changing the rudder, deck layout, hardware and rig.
• The boat is scaled at 40% of the AC75.
• T5 will allow the team to learn to sail a completely new concept of sailboat and verify computer modelling and simulations for the design of their first race boat.