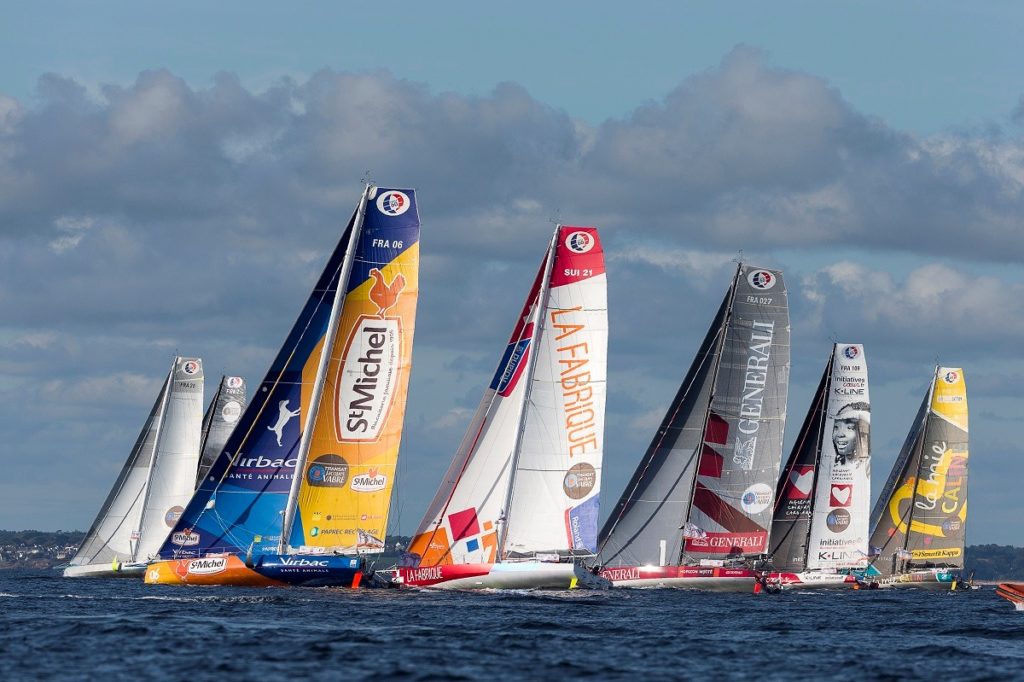 Starting today, the Azimut Challenge will bring together an eclectic line-up of 15 IMOCAs. This event has become one not to miss as with a month and a half to go to the Route du Rhum-Destination Guadeloupe, this will be a final opportunity for the sailors to see how they measure up against each other.

A Valuable Opportunity to Do Battle
The event will begin with a 24-hour solo race, which will enable the sailors to see how they are doing in comparison to their rivals, but it is also a chance to identify what work needs to be done in the final weeks of preparation. “At this time of year, the boats are ready in Route du Rhum mode and this top class race is a valuable opportunity,” explained Louis Burton, perfectly summing up the general attitude shared by the racers, who enjoy what is always a friendly occasion, where they are able to share ideas. 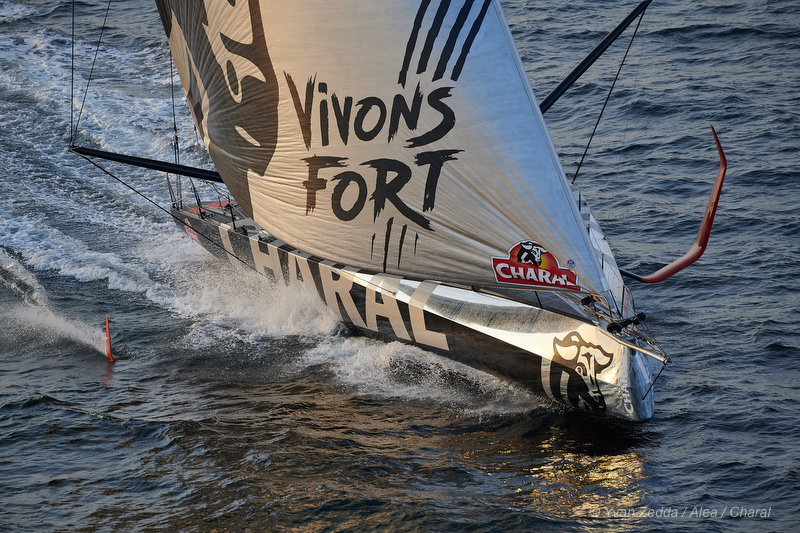 Battle Between Foilers
Almost two-thirds of the fleet registered for this eighth Azimut Challenge are foilers. Nine of the fifteen IMOCAs taking part are fitted with these appendages. Everyone is looking forward to watching the first battle fought by Jérémie Beyou’s magnificent ‘Charal’. He is currently getting used to his new boat and has just completed his qualifier for the Route du Rhum (1200 miles sailed solo). “I m here without any clear race goals, which is unusual for me,” declared Jérémie. “With the team, I’m still finding out about the boat and ensuring the reliability of this highly complicated IMOCA. It’s going to take some time to get used to her and get the most out of her. The Azimut Challenge will enable me to settle into race mode and continue to work on the boat.”

The winner of the last IMOCA race, the Dhream Cup, British sailor, Sam Davies (‘Initiatives-Cœur’) is setting off with some high ambitions: “The level will be a notch higher in the Azimut Challenge with more competitors, and more foilers. It’s going to be more complicated getting onto the podium. I’d like to sail cleanly and make the right choices to keep up with the other foilers, and in particular, the IMOCAs from the 2016 generation.” 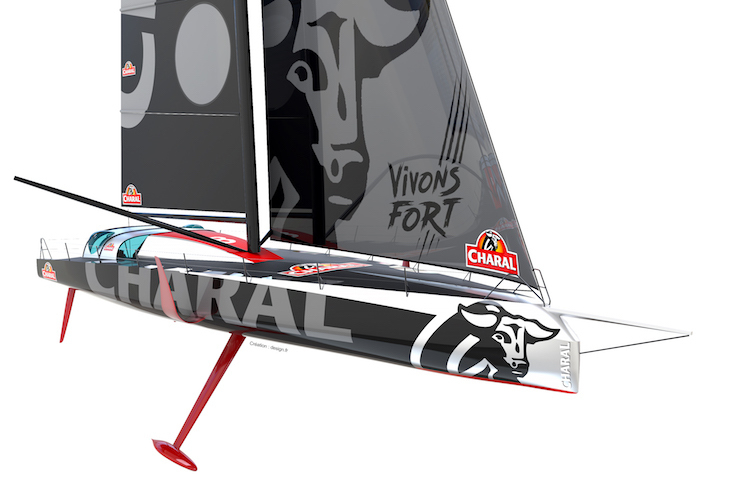 Charal – the latest IMOCA to be launched, and a radical looking boat too!

Fabrice Amedeo (‘Newrest-Art et Fenêtres’) will also be watching closely the performance of the other IMOCAs with foils: “It’s going to be interesting to watch Vincent Riou and PRB – she’s a boat from 2010 to which he has fitted foils, but they are lighter than those in the 2016 generation. As for ‘Ucar-St Michel’, we know the boat has a lot of potential as shown by Jean-Pierre Dick, and more recently Yann Eliès, who has got his hands on a tried and tested boat. I’ll be watching in particular to see how Arnaud Boissières (‘La Mie Câline – Artipôle’) and Alan Roura (‘La Fabrique’) do after fighting it out with them in the Vendée Globe, as they too have decided to fit foils on their boats.”

The Azimut Challenge will be the first solo race for Boris Herrmann aboard ‘Malizia 2-Yacht Club de Monaco’. “I’d like to finish well placed, let’s say in the first part of the fleet. I’ll be pushing hard all the time, as will my rivals,” the German skipper told us.

The only sailor to have taken part in every edition of the Azimut Challenge since it was launched in 2011, Louis Burton (‘Bureau Vallée 2′), intends to make the most of his eighth attempt: “As my project is based in Saint-Malo, I don’t very often get the opportunity to see how I measure up against the competition. It’s also for that reason that the Azimut Challenge is an important event for me.”

The Schedule
After the solo race on Friday and Saturday, the sailors will be back again on Sunday for two events with a crew: firstly speed runs and then a race around the island of Groix. For this final race, weather conditions permitting, they will be attempting to smash the record set in 2015 by Vincent Riou and his crew of 1 hour 8 minutes and 10 seconds.