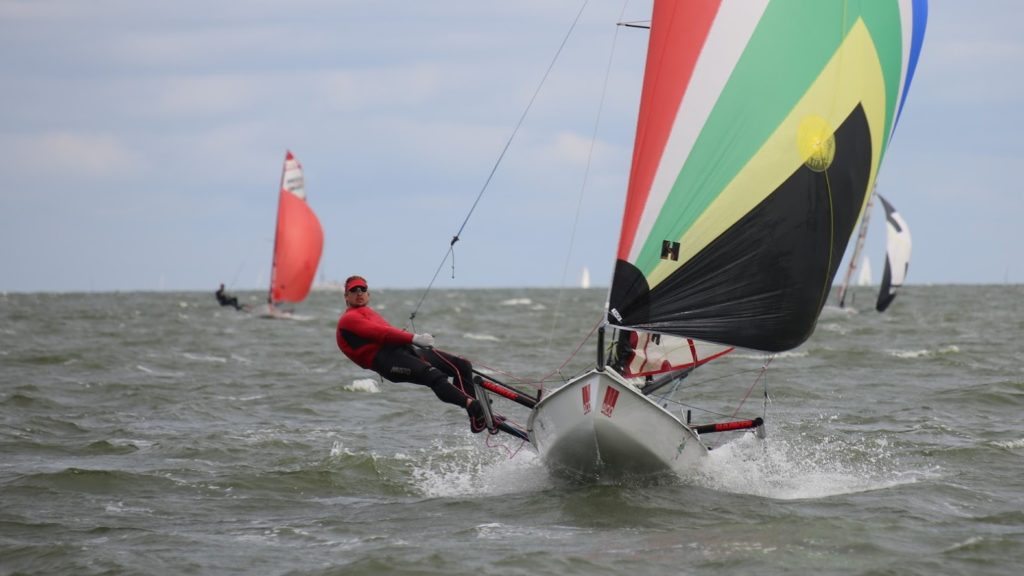 South African sailors have been competing in numbers internationally recently, and mostly doing pretty well, so our judges had a tough time calling the winner.

Andrew Tarboton has always been a very versatile sailor who performs well in most classes and conditions, and just recently finished 14th in the Musto Skiff World Championships in Medemblik, the Netherlands.

He scored four top ten places in 14 races, with a 2nd being his best individual result – an excellent result in a competitive fleet of over 90 boats. The race in which he was 2nd was won by former South African Bruce Keen who now sails under the UK flag.

Tarboton always sails under the South African flag, and proudly displays the colours of our nations flag on his spinnaker.