America’s Cup. One Class, Two Different Designs: What Next?

The much-anticipated launch of the first two AC75 foiling monohull yachts from the Defender Emirates Team New Zealand and USA Challenger NYYC American Magic respectively did not disappoint the masses of America’s Cup fans waiting eagerly for their first glimpse of an AC75 ‘in the flesh’.

Emirates Team New Zealand were the first to officially reveal their boat at an early morning naming ceremony on September 6. Resplendent in the team’s familiar red, black and grey livery, the Kiwi AC75 was given the Maori name ‘Te Aihe’ (Dolphin).

Meanwhile, the Americans somewhat broke with protocol by carrying out a series of un-announced test sails and were the first team to foil their AC75 on the water prior to a formal launch ceremony on Friday September 14 when their dark blue boat was given the name ‘Defiant’. 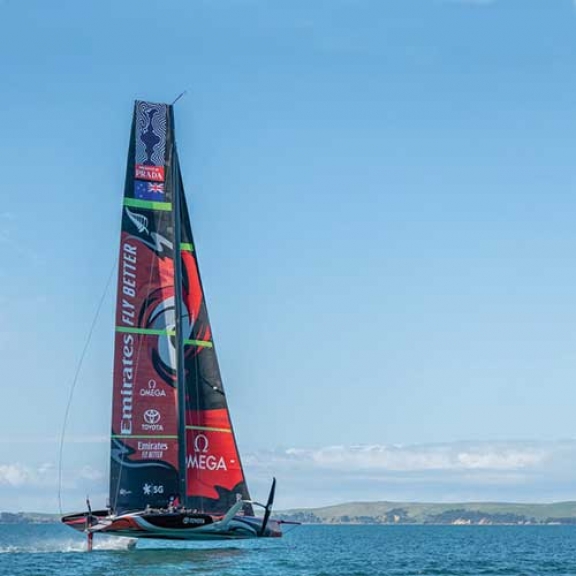 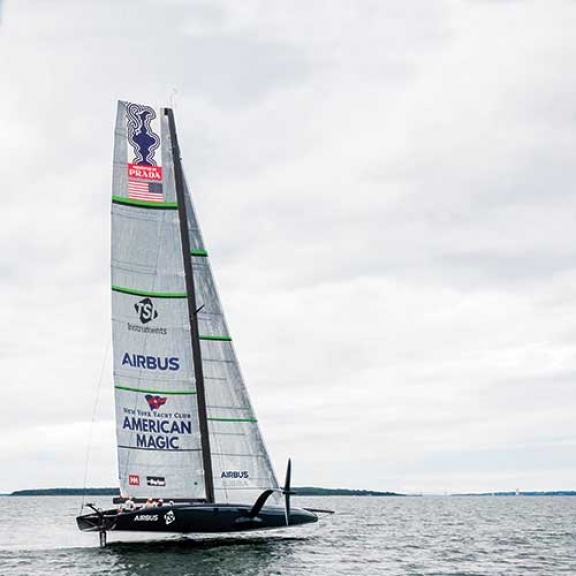 But it was not just the paint jobs that differentiated the first two boats of this 36th America’s Cup cycle – as it quickly became apparent that the New Zealand and American hull designs were also strikingly different. On first comparison the two teams’ differing interpretations of the AC75 design rule are especially obvious in the shape of the hull and the appendages.

While the New Zealanders have opted for a bow section that is – for want of a better word – ‘pointy’, the Americans have gone a totally different route with a bulbous bow that some have described as ‘scow-like’ – although true scow bows are prohibited in the AC75 design rule.

The differences between the two AC75 hulls do not stop there, with the two design teams taking significantly contrasting approaches on the underwater profiles of their AC75s as well.

While the American Magic AC75 appears to have been built with an all but totally flat underwater section, Emirates Team New Zealand’s boat has a pronounced longitudinal bulge underneath running almost from bow to stern.

These two different approaches have set the sailing world alight with fans speculating over the thinking is behind each of them and pondering what the sailing characteristics of each boat might be. 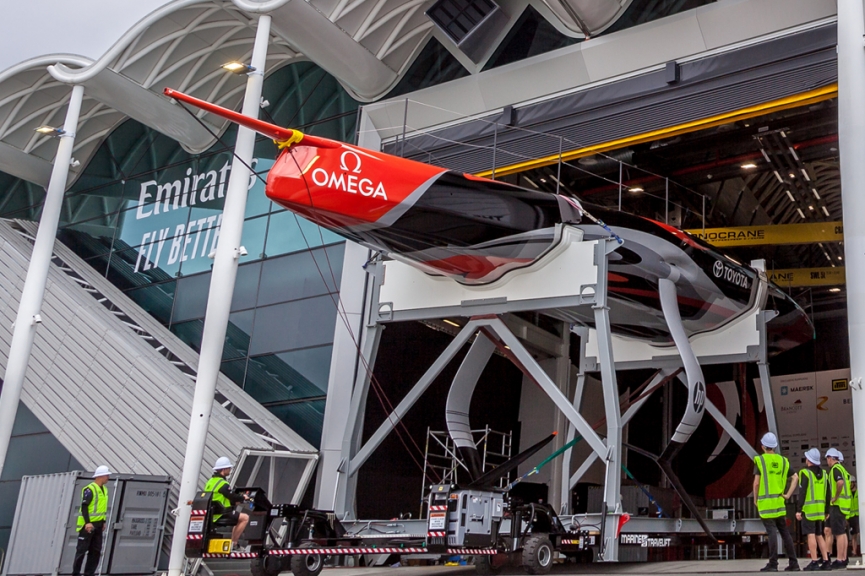 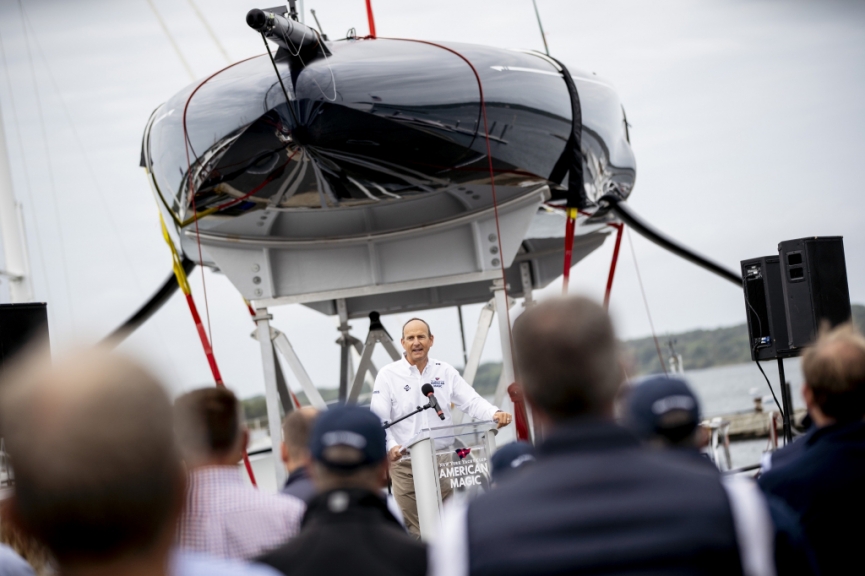 Despite being very different the images of the two boats reveal some similarities as well such as the cockpit layout. Both teams have their cockpit divided in two by a central extension to the forward deck, creating two pits in which the crew can operate low down and out of the airstream. There will be plenty of improvements to come on how teams will manoeuvre the boats, but so far both teams seem to have decided on fixed positions for their grinders who won’t cross sides during tacks and gybes.

With foiling now established for the America’s Cup, a key focus for designers has been to make the foils more efficient. Once again designing the shape, width and thickness of the foil wing is a trade-off between speed and stability.

The path chosen by the two teams have been very diverse. Emirates Team New Zealand has two different foils: one with anhedral angle and the other one which is straight. American Magic, on the contrary, seems to have two very similar foils wings in terms of shape and that’s probably because the Kiwis are still testing solutions whereas the Americans having been sailing consistently with their test boat, might have already got to some key conclusions.

Given that we can expect the teams to build and test a multitude of shapes in the run up to the 36th America’s Cup there is probably little to be gained from too much analysis there at this stage.

After almost a decade, soft sails are back in the America’s Cup and a lot of effort has been put in by the teams adapting the twin skinned mainsail concept to the new Class Rule with the main difference between the two AC75 appearing to be the boom position in relation to the mainsail foot. The Americans sporting a conventional boom, whereas the Kiwis have opted for a deck-sweeper mainsail foot, not unlike those used on the latest A-Class catamarans.

Despite all their differences – in their bows, underwater sections, and other design features – it is worth noting that both boats were foiling (and seemingly stable) within hours of going sailing for the first time. That is a remarkable achievement for both syndicates and a testimony to both the designers and builders, as well as to the efficacy of the AC75 design rule itself.

Then There Were Two
And it seems we will not have to wait very long for the next two AC75s to see the first light of day. The Italian Official Challenger of Record Luna Rossa Prada Pirelli Team is scheduled to be the next to launch on October 2, with the British INEOS Team UK syndicate following suit two days later.

Could we see two more surprising design ideas on show then?