African Optimist Champs. The Podium Was One Step Too High 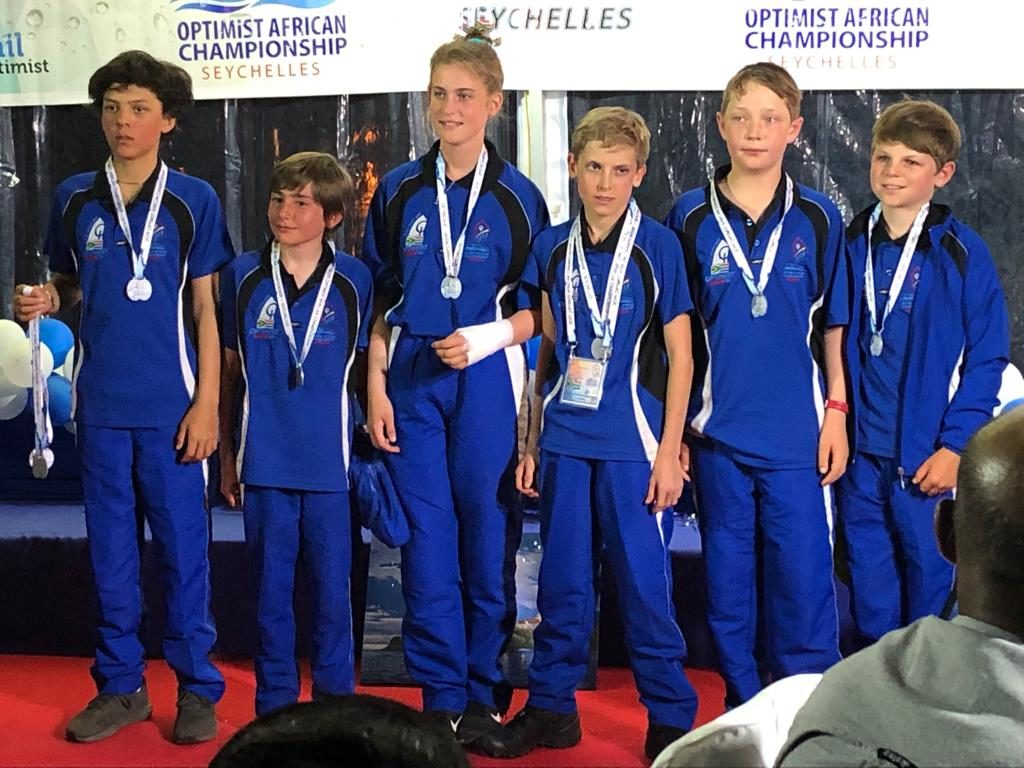 The RSA team at prize giving.

Going into the final day Sean Kavanagh was on the podium in third place, and he had every chance of retaining that spot. But the final day was a tough one for him as he could only manage a 4 & 7 which pushed him off that coveted podium place.

He sailed exceptionally well all week with results all in the top 10, his discard being an 8, and two fine victories in race 3 and 7. He was a deserving winner of the top under 12 boy, as was Olivia Purchase who was the third under 12 girl.

The final racing day further tested the skills of the sailors as the wind was blowing 15 knots early in the morning, with a promise to build to 20 knots.

Two races were planned as this would complete the championship series of 10 races. The first race was underway with breeze of 18 knots filling from the SSE. Angola swept in with sailors in the top 3 and Sean Kavanagh in fourth.

The second race started in a steady 20 knots. Although some rain had moved through earlier, it was bright for the final race with Angolan sailors taking the day again with the first three places in the race and overall for the championship.