This event is underway off Maputo – with local RSA sailor Matt Ashwell having it all his own way in the opening 4 races with ‘bullets’ in each race.

It has been tough out there as on Wednesday at the end of Race 4 the had increased to 20 knots out of the ESE. The sea state became very challenging especially for the younger sailors and the increasing intensity of the wind meant that the decision was taken by the Race Committee to terminate the day’s racing in accordance with the Optimist Class Policy. 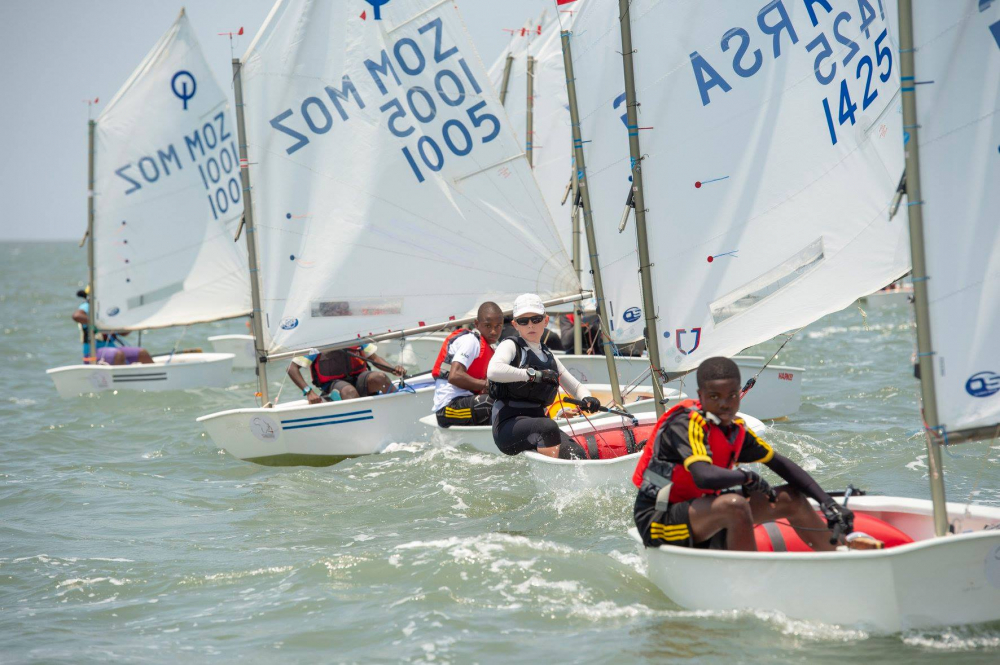 Throughout the afternoon the wind continued to build and finally flattened out at 40 knots. The sailors enjoyed some time for relaxation at their hotel accommodation before returning to the Club to attend the Team Racing Seminar given by World Sailing Expert in the field Chris Atkins. The kids enjoyed the informative session in anticipation of the Team Racing Championship yesterday.

Challenging conditions once again dictated proceedings and resulted in a shortened grid for the Team Racing Championship. 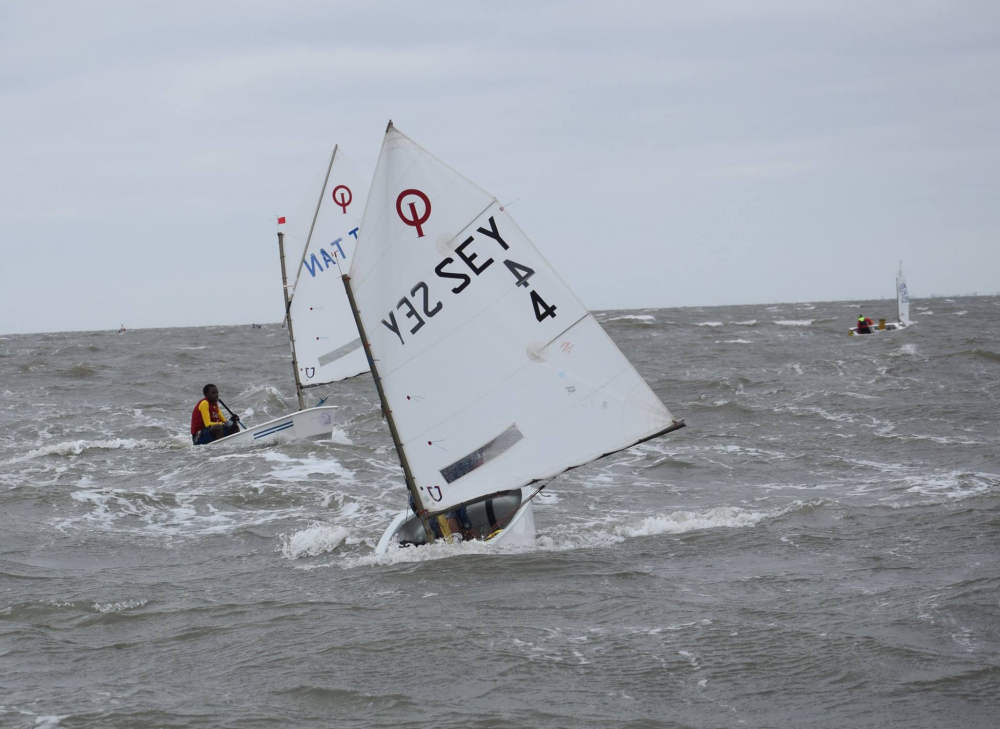 The host Mozambique team, MOZ 1, took the championship, with Angola (ANG 2) in second, and South Africa (RSA 1) in third.

Today fleet racing continues in the hunt to define an overall African champion. Sun and blue skies are promised as this cold front moves away.