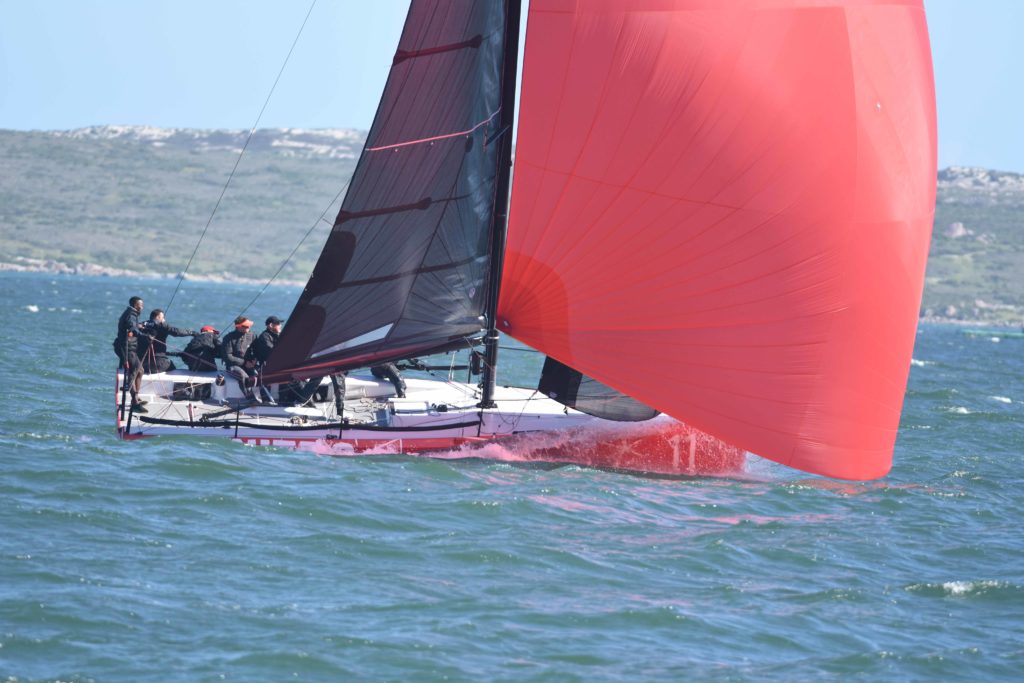 Witbank in full control while steaming under A1 spinnaker and winning race 6.
pic by Richard Crockett

Two sailing master-classes on Day 4 of the Lipton Challenge Cup proved conclusively that the best sailors in the country are competing for the honour of holding the Lipton Cup aloft after the 10th race on Saturday.

Two races, 6 & 7, were sailed today in winds between 10 and 15 knots from the South, with just a single point separating the top three boats – with second and third tied equal on points. So there is everything to play for – with the team that makes the fewest mistakes on the water in the next three races, coupled to good boat speed, will win.

The Witbank Yacht & Aquatic Club (WYAC) won the first race of the day having led from start to finish, and were never really challenged. Their boat handing was from the top drawer and their tactics flawless, allowing them to stretch their lead at almost every mark, and winning with a huge margin.

The next race was a neck-and-neck tussle between the Royal Natal Yacht Club (RNYC) and the Witbank (WYAC), with the RNYC having the best start for sixth time in seven races. 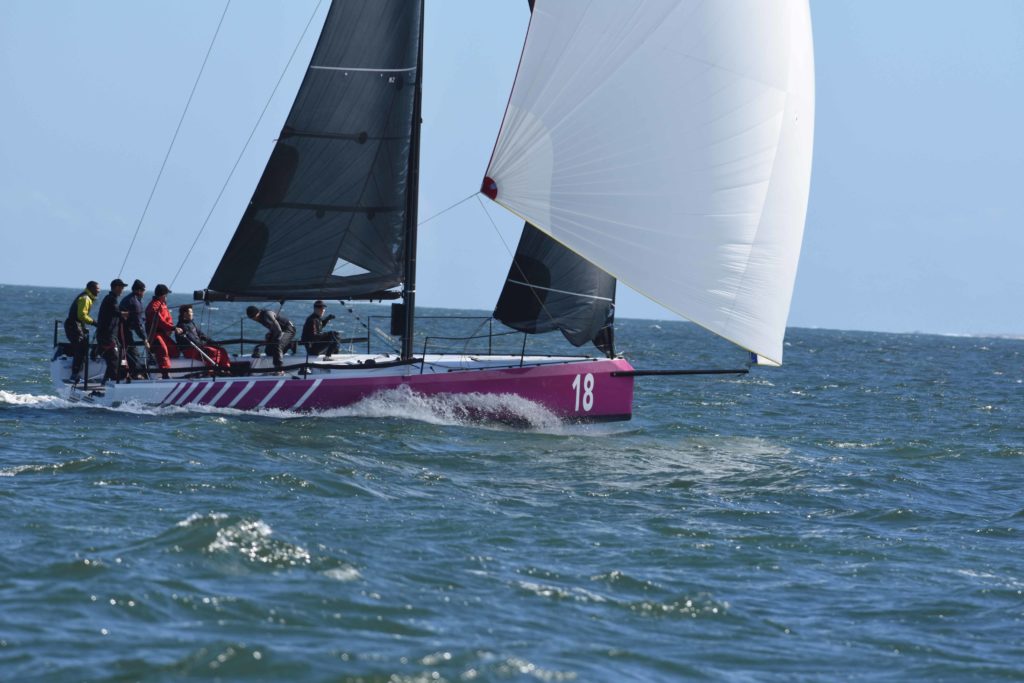 The RNYC boat power up and flying on their way to winning race 7.
pic by Richard Crockett

These two slugged it out all the way around the course with never more than a few boat lengths between them, the positions appearing to be changing between legs, but the RNYC holding a lead at every turn. Coming into the weather mark for the final round it looked as if Witbank (WYAC) would take the lead, but what appears to be a late decision to “be safe rather than sorry” saw them bear away and round the stern of the Royal Natal boat so that there would be no possibility of any rule infringement.

This was the small gap the RNYC needed and they took off for the finish with Witbank in hot pursuit. They split gybes and came back together without any gains or losses until the RNYC took their second gun at the finish.

The RCYC at one point looked to be in a position to challenge these two in that final race, but a poor spinnaker drop prevented that and dropped them to fourth spot.

In a gesture of good sportsmanship, the RCYC team lent the Aeolians Club their spare A1 spinnaker for the second race as the latter had torn theirs in the previous race and were unable to get their replacement from ashore in time. That’s the kind of gesture Sir Thomas Lipton, donor of the prestigious Lipton Cup, would have appreciated seeing, and something which he wrote about in the Deed of Gift.

Three races are left in the next two days. They will be hard fought, and they will be tightly contested. The only certainty being that the name of the winner to be inscribed onto the trophy will be a new one – and one which will join a long and distinguished list of previous winners. 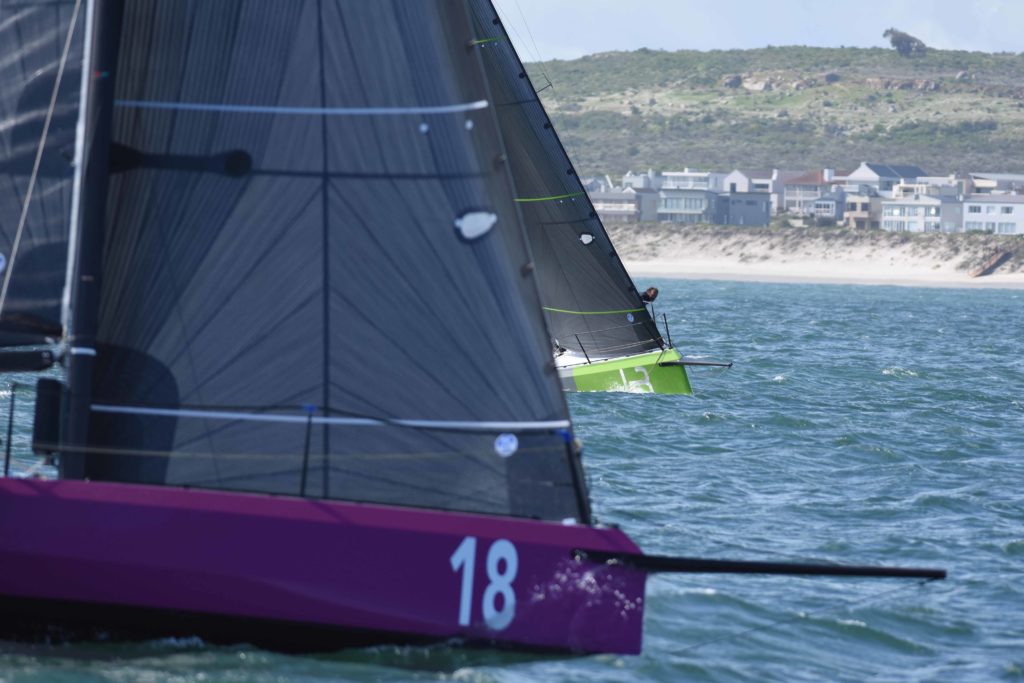