A Grand Departure for Brest Atlantiques 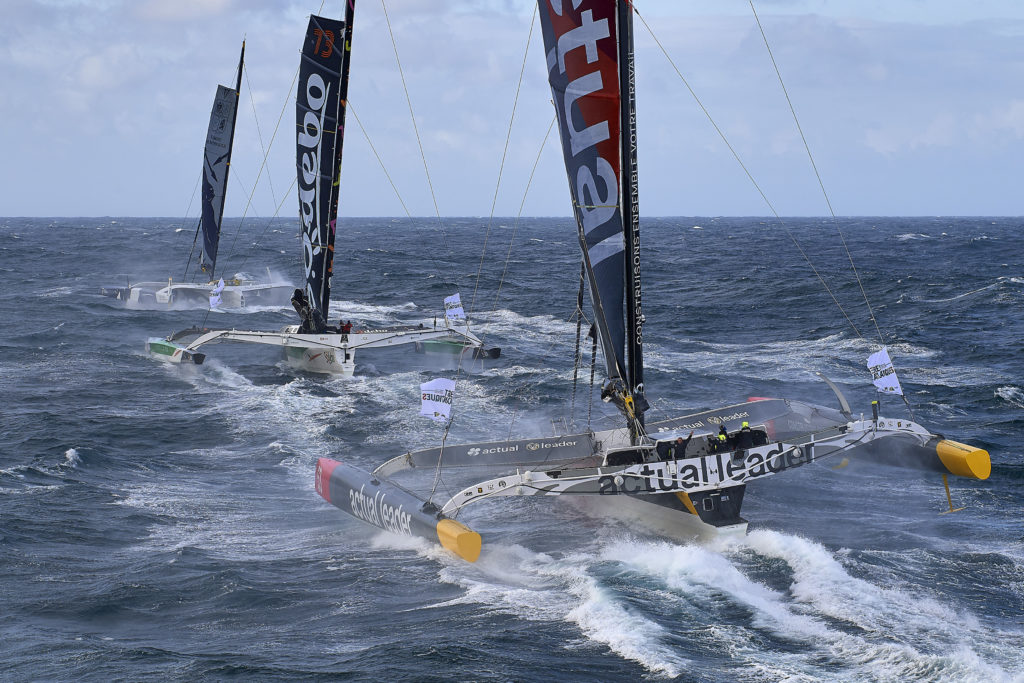 The four Ultim Class trimarans departed yesterday on the “Brest Atlantiques” race, a new 14,000 mile double-handed race that will take them non-stop to Rio and then Cape Town, before heading back to Brest.

After five hours of racing at an average speed of 30 knots, the ‘Macif’ (François Gabart/Gwénolé Gahinet) and the ‘Edmond de Rothschild’ (Franck Cammas/Charles Caudrelier) were in the lead.

A white and frothing sea, average winds of 28/30 knots, gusts a little below 40, clear skies and a beautiful autumnal light, were the conditions for the grand departure at the foot of the Chaussée de Sein – the perfect send off for these gigantic trimarans. 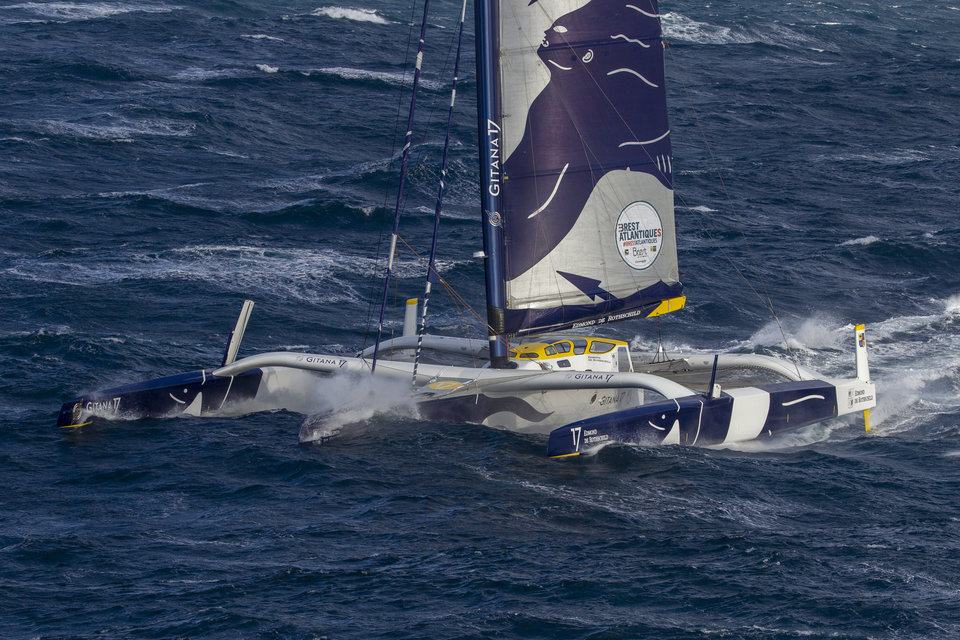 The day before, given the harsh weather forecast, the eight sailors involved had announced their intention not to “do anything stupid”, to use the expression of Charles Caudrelier (Maxi ‘Edmond de Rothschild’), while Yves Le Blevec (‘Actual Leader’) talked of the “skilful balance between safe seafaring and competition”. They kept their word, with all of them setting off near the Western Seine, on the starboard tack under a reduced mainsail and rolled headsails. 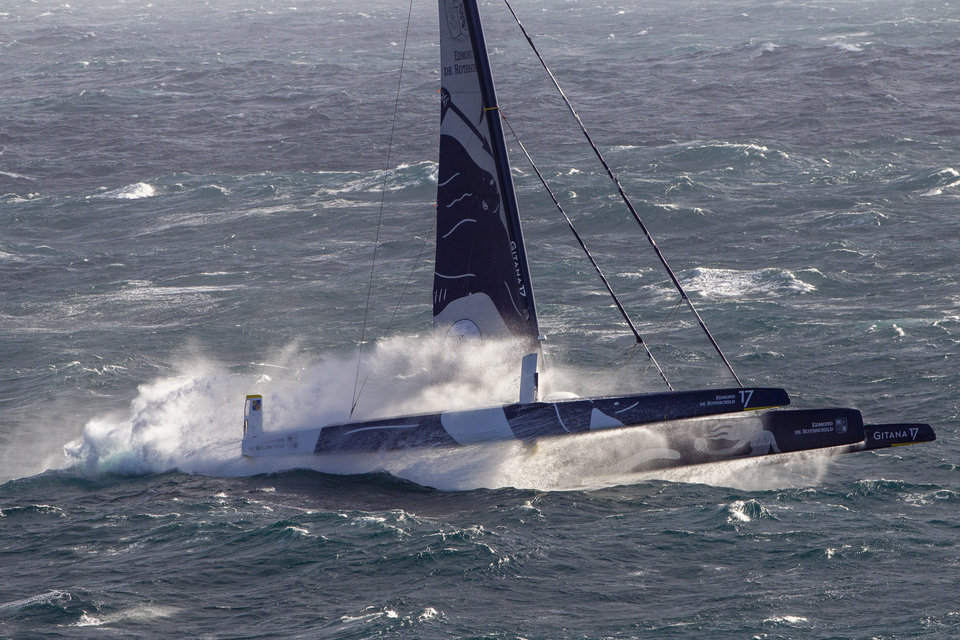 This did not prevent them, however, from crossing the 2.5 mile line, from which they set off at nearly 30 knots, which is proof of the power of these 32m by 23m trimarans, before lengthening their stride an hour later once the J3 (small headsail) had been unfurled. “We’re leaving for a month at sea, there’s no point in breaking everything now, but at the same time, we don’t want to stop, because we all want to go as fast as possible, it’s the eternal dilemma of ocean racing,” were the words of François Gabart (‘Macif’) three hours earlier when leaving the Malbert quay. 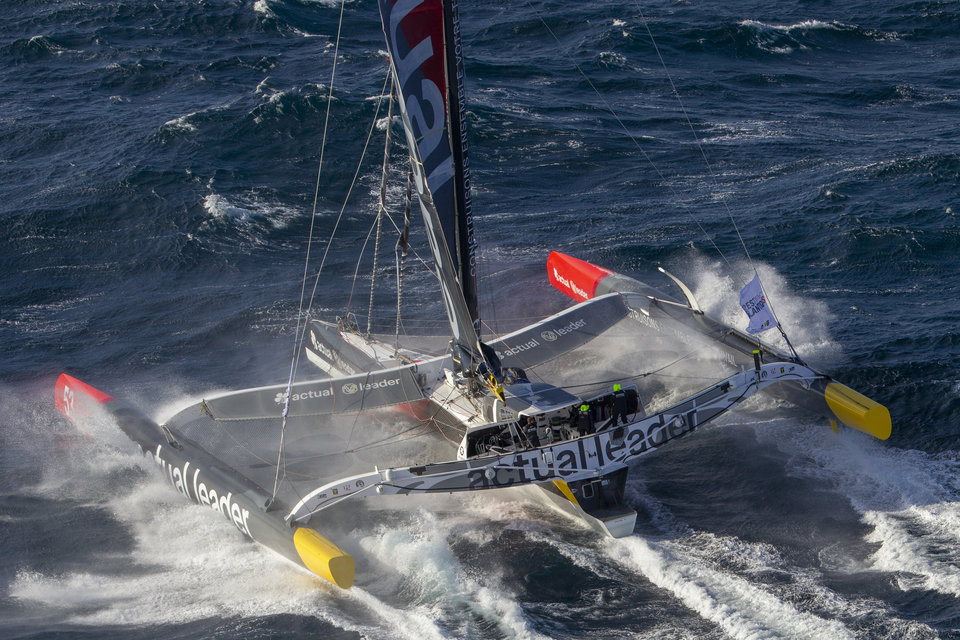 ‘Macif’ and ‘Edmond de Rothschild’ headed the fleet after four hours racing – and an average speed of 30 knots.

The four trimarans were out of the dreaded Bay of Biscay, and now setting off on “a fabulous ride towards Brazil”, to use the expression of Thomas Coville (‘Sodebo’ Ultim 3) as he was leaving Brest. 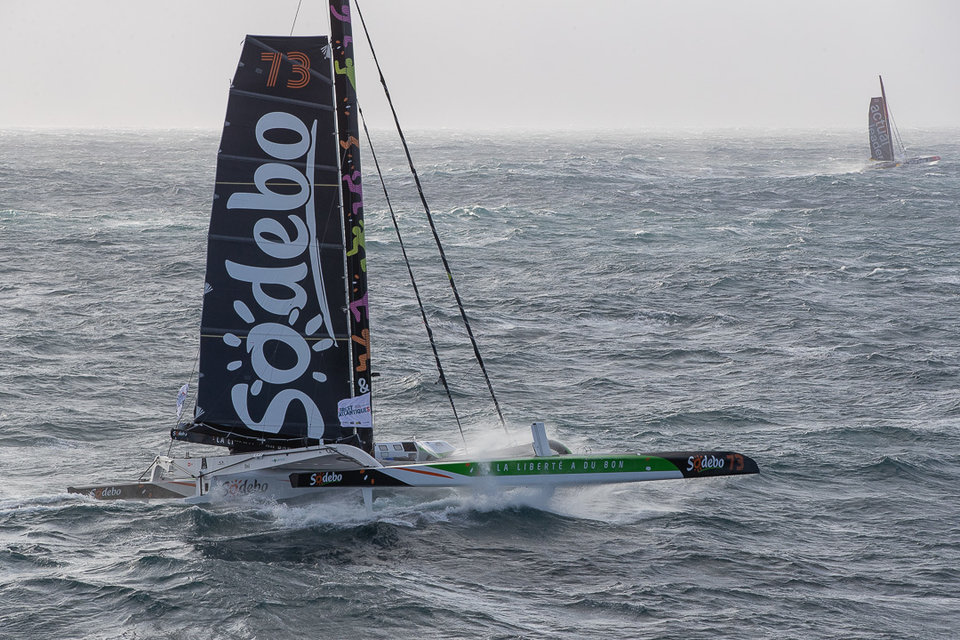 “Cape Finisterre will already be a big step forward, and it’s crazy to think that we’ll be in Spain tonight. Afterwards, it’s going to be a little more relaxing and we’re really going to be able to get into our stride and stretch our performance, it’s going to be great,” said Gwénolé Gahinet, while Franck Cammas added: “I can’t wait for tonight! We’ll try to get out unharmed from Cape Finisterre, then we can attack more.” 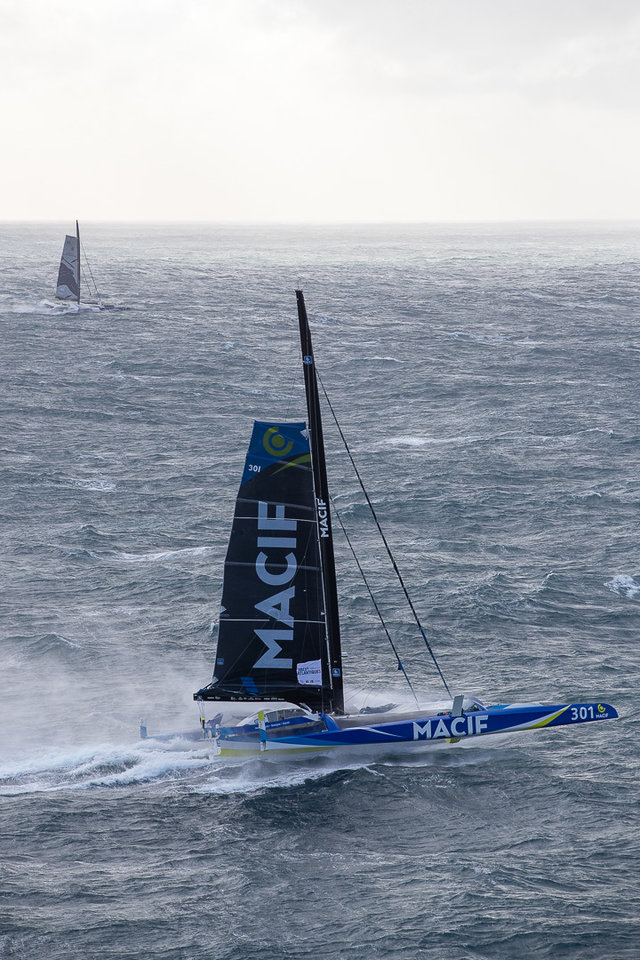