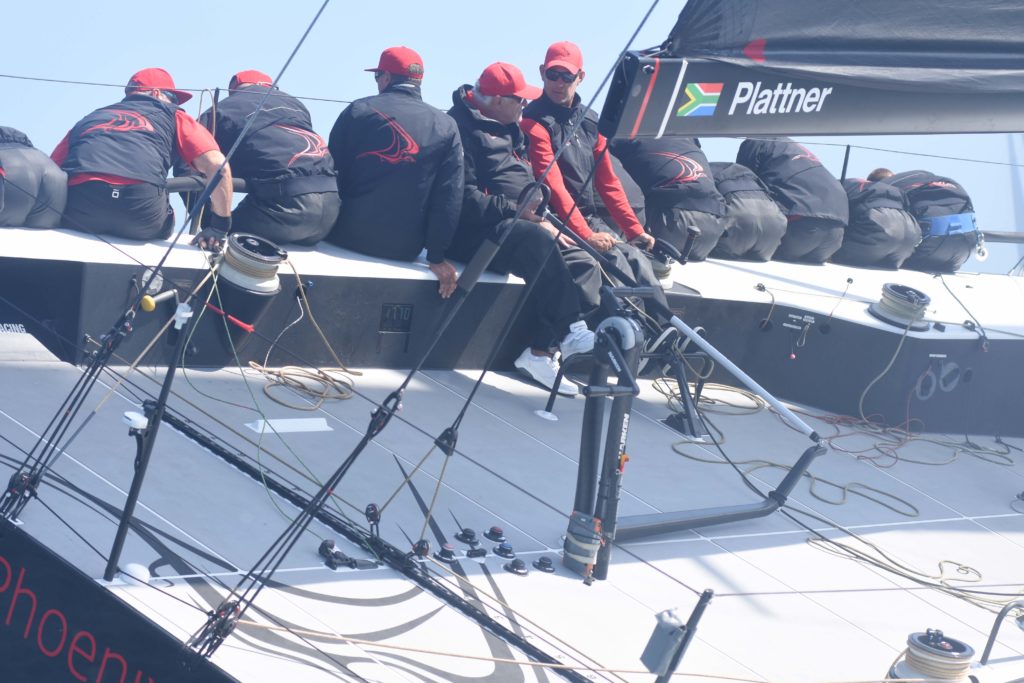 Hasso Plattner steering with Paul Willcox next to him.
pic by Richard Crockett

It was fitting and very appropriate that Hasso Plattner, the man who brought this fleet of top quality yachts and crew to our shores, together with his ‘Phoenix 11′ crew won the first race of the series, and after two races is leading the series.

It was the manner in which he won convincingly that is even more impressive, as he started off the pin end of the start line to establish an early lead that allowed the crew to own the left, inshore side of the first upwind leg. He went in as close as he dared to the shore off Granger Bay, tacked, and then never really looked back, nor was challenged. 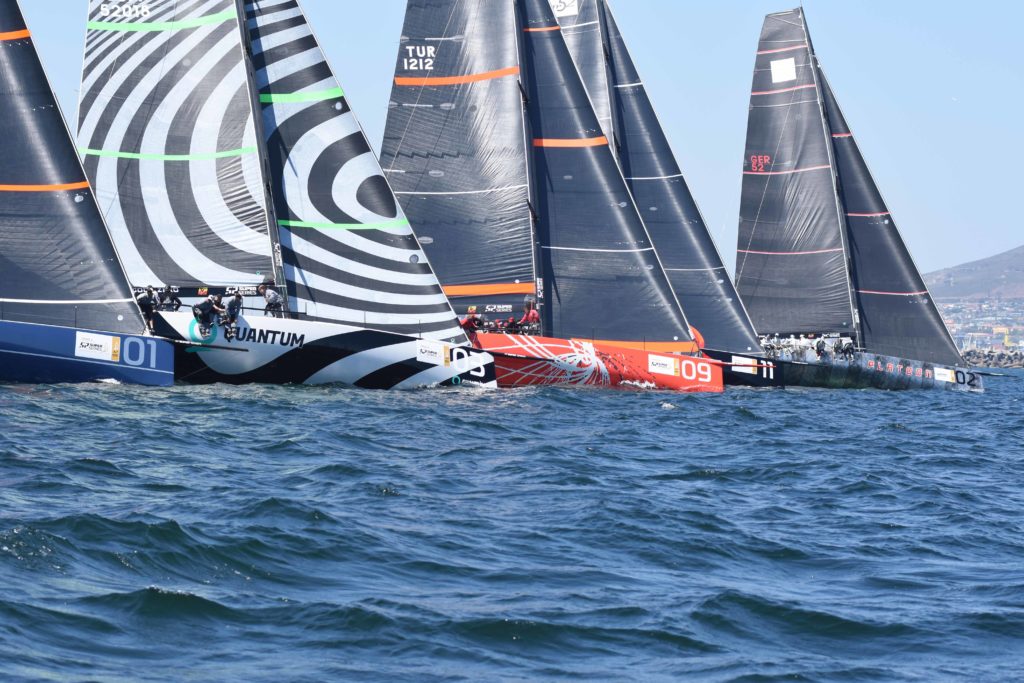 ‘Phoenix 11’ coming off the start line in a race winning position especially as Platoon, who was to leeward, was over early.
pic by Richard Crockett

He leads the series after 2 races, yet despite a 3rd in the second race, he worked hard to get into a good position on the first beat, and then slowly and surely worked his way to 3rd.

All round it was a dream day for the Plattner family as his daughter Tina, skippering ‘Phoenix 12′ finished with results of 8 and 5, to be 7th overall.

Plattner has four South Africans on board together with Peter Holmberg and Andy Horton in the afterguard. 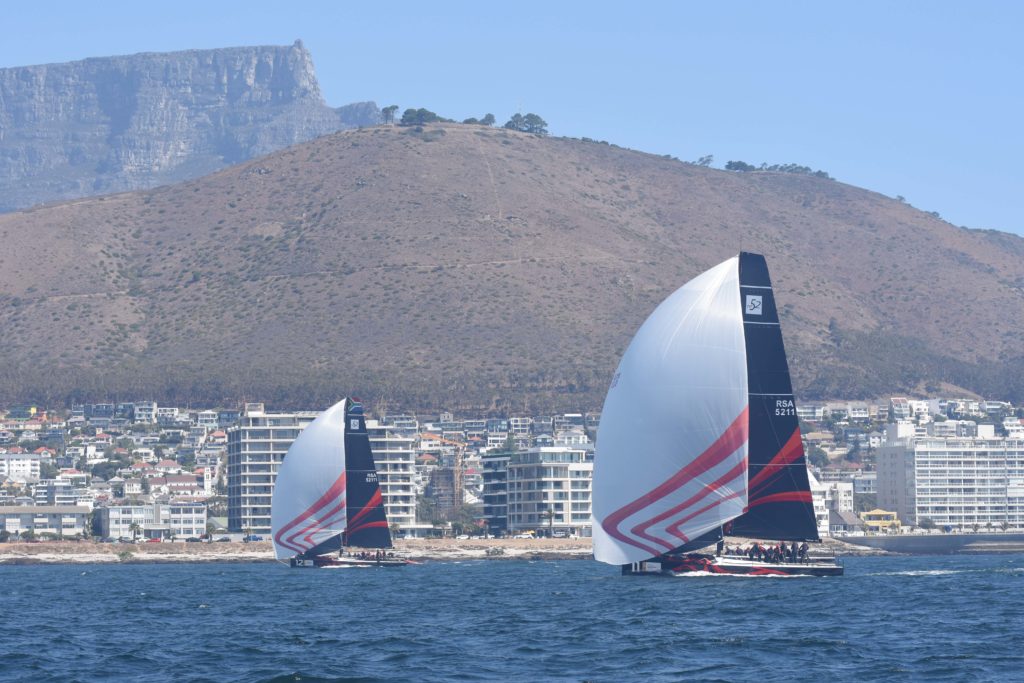 The top teams last season all had bad days, with ‘Platoon’ being recalled on the first start. But, these are all good sailors, and as Tina Plattner said after racing: “They will all be back with vengeance tomorrow, be sure of that”. 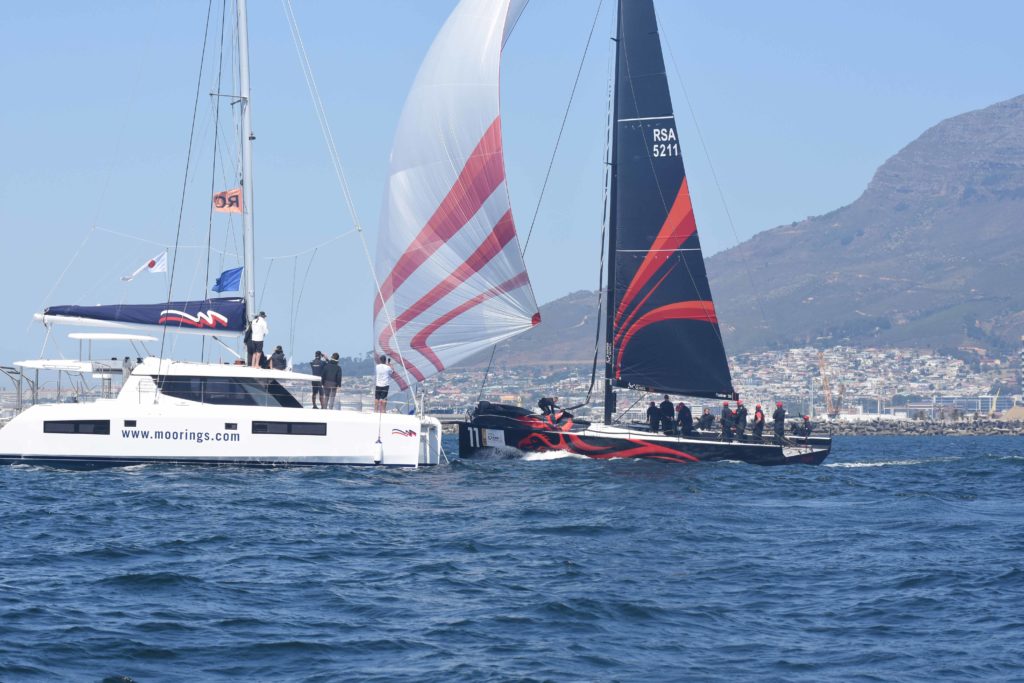