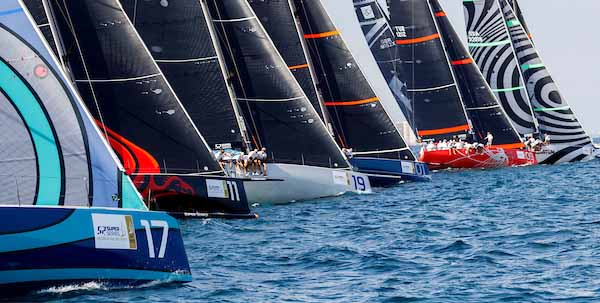 The 52 SUPER SERIES Valencia Sailing Week is the last event of the season, so understandably each of the TP52 teams are all focussed on the same objective, to finish the 2018 season on a high.

However, the overall podium places are almost secured now, but with the final event having started yesterday, there is still lots to play for.

Tina & Hasso Plattner and their crew aboard ‘Phoenix’ have no chance, not even a slight mathematical one, of finishing on the podium in the overall series results, but would like to finish off this Valencia series with a bang – in terms of victory.

As the pundits have said, “for others, winning the final regatta of 2018 would be the final realisation of their top level potential, perhaps derailed so far by too many small mistakes, a speed issue, or indeed other teams making fewer errors.”

Tina Plattner has literally sailed out of her socks in this 2018 series, especially as she started as a rookie in the class, and has done anything but disgrace herself – even winning a few races in the process, and being the first woman helm in this class. 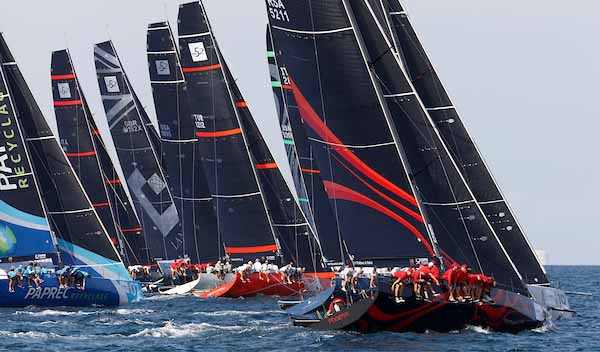 Phoenix (bow 11) starting to weather of the fleet.
pic by Nico Martinez

Yesterday conditions were light for the first 2 races of the series, with ‘Platoon’ displaying a notable speed edge in the light 6 -10 knot breeze, and leading after day 1.

Although they finish the first day tied on points with ‘Azzurra’, and ‘Platoon’ won the first race, it was the manner in which the German-flagged team sailed back through the fleet on the second race – coming back from a poor start, rising from 11th to finish fourth – which suggests they may prove to be the crew to beat at this final regatta of the season. ‘Platoon’ are key rivals to ‘Azzurra’ for second step on the circuit podium.

‘Phoenix’, with Tina & Hasso Plattner and her smattering of South African crew did anything but disgrace themselves, finishing with a 3 and a 6 – to be 4th overall after day 1. Against 11 of the best sailing teams in the world “that’s not too shabby”!