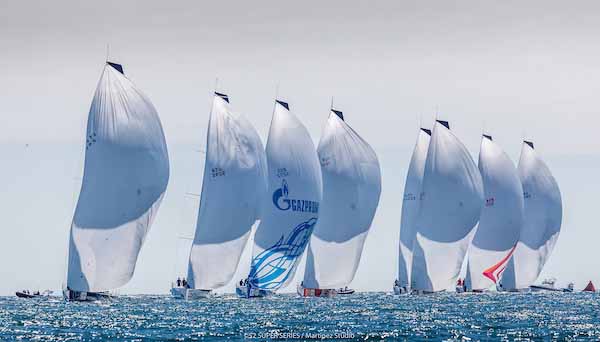 Yesterday was a day that the RSA contingent may rather forget, although on reflection it may not have been that forgettable – as many of the top boats had ‘iffy’ results.

The press release headline simply said this: “Provezza Decipher Puerto Sherry’s Opening Day Puzzles to Earn the Early Lead” which pretty much sums it up as there was little consistency in the results for anyone – bar possibly the RSA guys on ‘Phoenix 11′ especially in one considers a 6th and a 5th to be consistent. The only other ‘consistent’ boat was ‘Quantum Racing’ with two 7th places!

So what of the racing?

The Bay of Cadiz served up a challenging light, hard-to-read sea breeze for the first day, although ‘Provezza’ proved to be the most adept at deciphering a race arena which is entirely new to the circuit, and lead overall after a first and fourth place.

It was not such a good day for some of the big guns. Defending 2018 champions ‘Quantum Racing’ made an unconvincing start with a pair of seventh places, which sees them finish their first day uncharacteristically on the bottom of the standings. And ‘Platoon’, winners in Mahón, could only make sixth in the second race and lie mid-fleet, fourth overall. 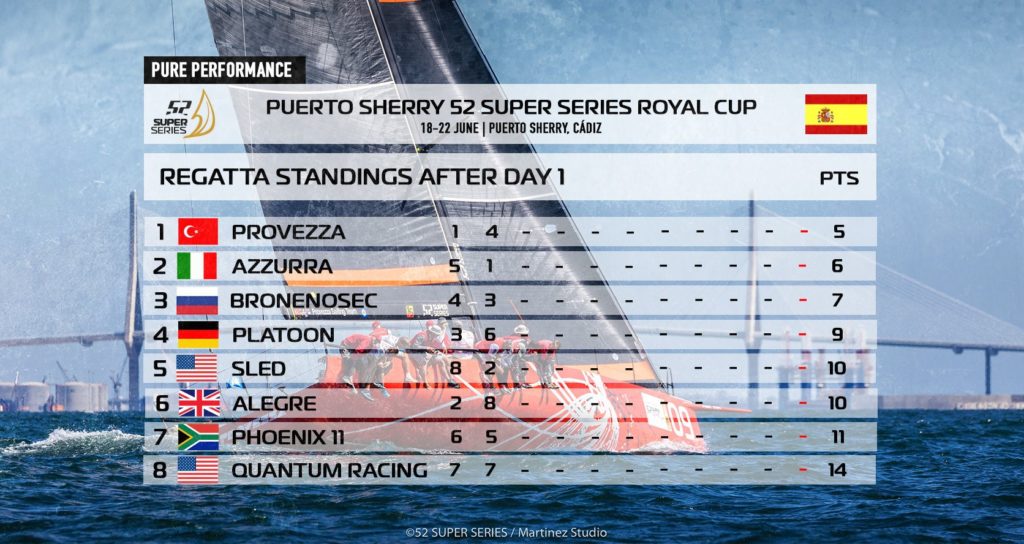