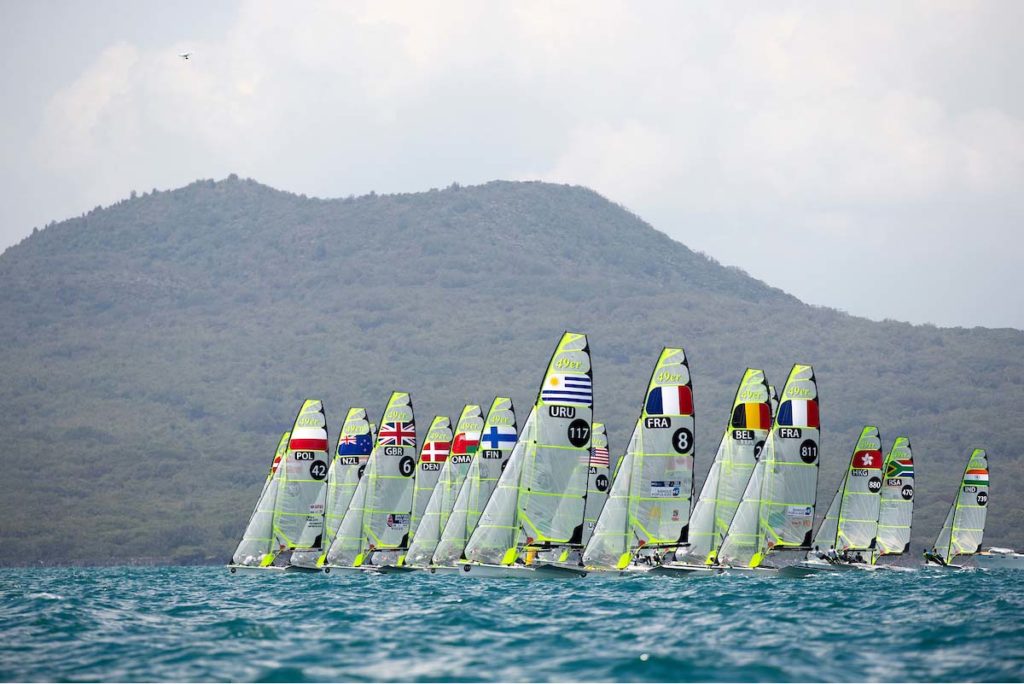 The RSA dynamic duo of Benji Daniel and Alex Burger today showed that they had put their spreader breakage earlier I the week well and truly behind them, bouncing back with 4; 5 & 7th places in the three Bronze Fleet races.

While really wanting to be in the Silver fleet or higher, four results with them in the boatpark and scoring maximum points has simply not helped their cause as when the final fleet splits were announced, they were buried deep in the results tables which meant that to make their way towards the top of the bronze fleet list they had to be right at the front of the fleet all day.

Our man on the spot, Alex Lehtinen, reported as follows after today’s racing: “They definitely had the edge on the start line and were likely the best in the fleet coming off the line. Good race strategy was displayed too, with only a couple of tactical misjudgements throughout the day. They did however feel like they were a bit off when it came to straight line pace, and said the boat wasn’t feeling as good as they’re used to in these conditions.

“The boys are looking forward to more racing tomorrow and really putting pressure on the few boats who were managing to beat them today!”

A final word on the spreader breakage issue, is that it was not just confined to the RSA team, but others too, including two Frenchmen who after scoring 1; 4 & 1 in the opening three races, and at that stage would have been ranked as hot contenders, spent three races ashore repairing their spreaders too.