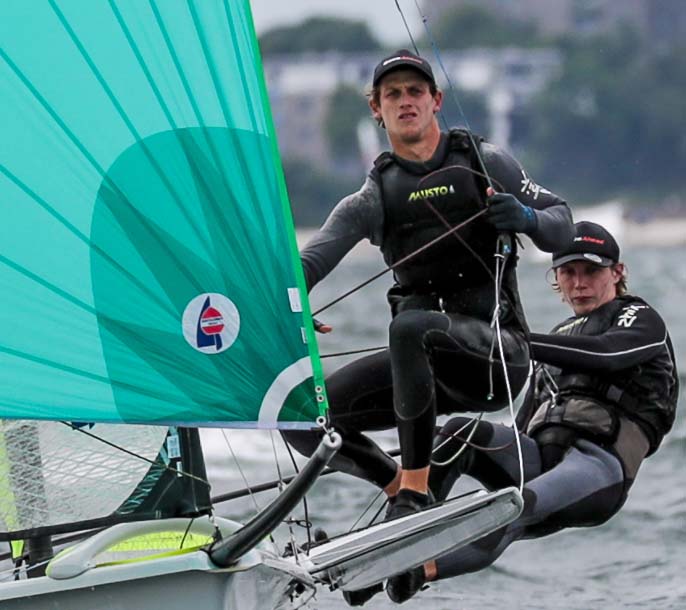 The dynamic duo of Benji Daniel and Alex Burger must surely, after this regatta, have had more than their fair share of bad luck? Hopefully it’s all good luck from now as they deserve it after putting in so much quality time and effort into this campaign both locally and internationally. And it’s not over as there is more sailing to come as they want, more then anything, to get selected to represent South Africa at the Olympics.

In their final race earlier today off Auckland, they had more bad luck and another spreader issue – this time the top spreader split clean in half – the third spreader incident after a top and bottom spreader folded earlier in the regatta. For this to happen three times, on a brand new boat indicates that there could well be a problem which the suppliers need to look at closely?

For those left racing, Peter Burling and Blair Tuke were made to sweat for their 5th world title after winning four consecutive victories between 2013 and 2016. This will be one of their sweetest victories, however, not least because it’s on home waters, but also because of how hard the Kiwis were forced to work for this gold medal. 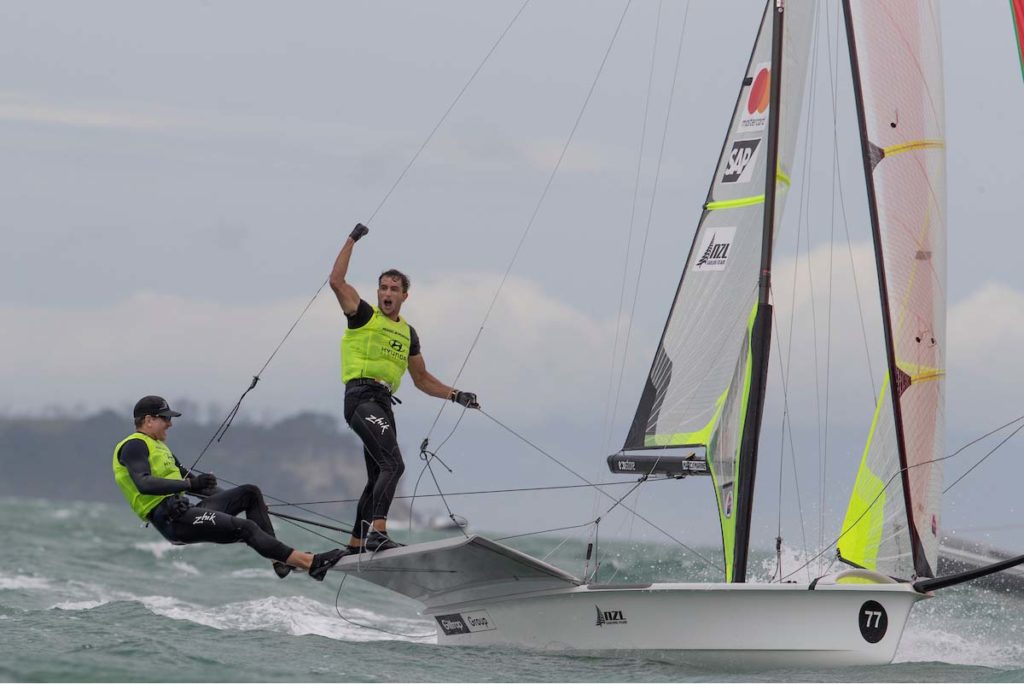 Erik Heil and Thomas Ploessel had made a bit of a mess of the previous day’s racing, but the Germans really turned it on at the end of the competition. With Burling/Tuke forced out of the first Gold Fleet race of the morning due to a broken tiller extension, the Germans had the opportunity to close the points gap. Heil/ Ploessel came from deep in the pack to record a ninth place and then were fast out of the blocks in the next race, winning that one at a canter. Fortunately for home fans Burling/Tuke had recovered their composure to finish third behind the Germans.

This gave New Zealand an 8-point gap going into the double-points, 10-boat Medal Race, effectively a four-boat buffer on their German rivals. As good as in the bag for the talented New Zealanders, surely…

But no! While racing up the first beat the Germans forced the Kiwis to tack off and Burling slipped from his trapeze handle during the tack to almost capsize. Rounding the windward mark in ninth and out of gold medal position, Burling and Tuke turned on their downwind jets – moving up the fleet and with a few more passes were up into fourth. With the Germans in second there was nothing left that could be done by Heil and Ploessel. Burling and Tuke rose to the occasion despite showing some rare unforced errors, and were pushed hard all the way by Heil and Ploessel. After a bronze medal at the Rio 2016 Games, the Germans have displayed sufficient class to be able to dream of beating the New Zealanders to the top step at Tokyo 2020 next summer.

After looking like they might not even make the 25-boat cut for Gold Fleet earlier in the week, Diego Botin & Iago Marra (ESP) made the comeback of the regatta. The Spanish had a shot at the bronze medal if things went their way, and winning the Medal Race was the best way for them to conclude their time in Auckland. The 2017 World Champions Dylan Fletcher and Stuart Bithell (GBR) looked to be in trouble, but the Brits finished 8th in the Medal Race which was sufficient to hang on to the last medal by a single point from the Spanish.

At least the Spanish had done enough to secure a spot for the Olympic Games after failing to make the Gold Fleet at the previous Worlds in Denmark.