2018 Etchells Worlds. A 5th for Voermann 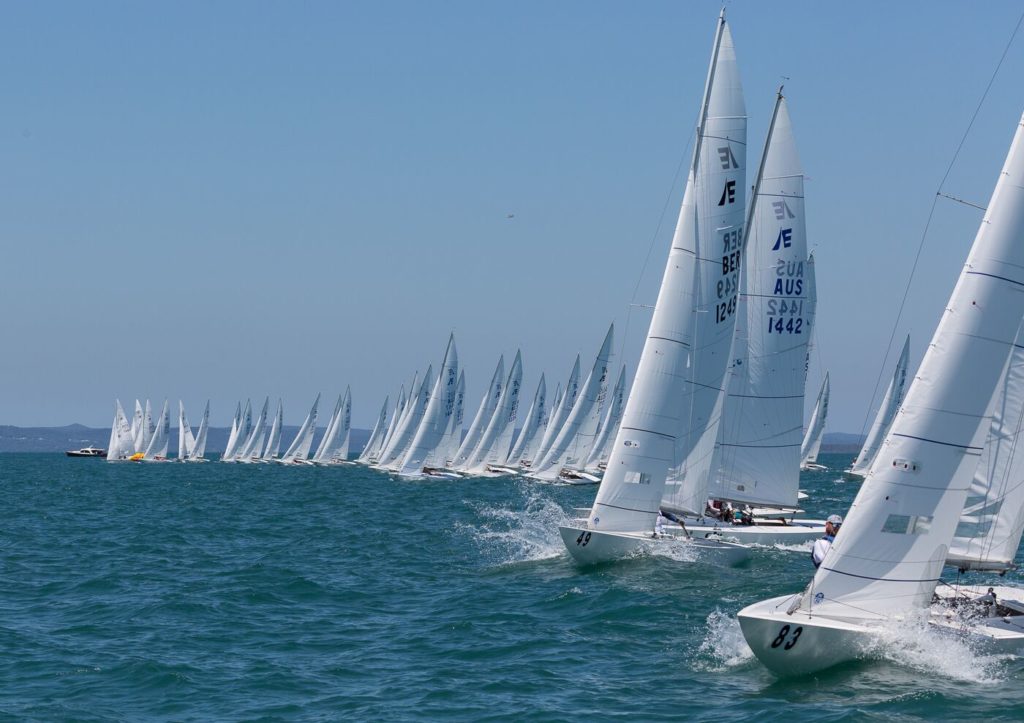 Bow 83 is that of William Voermann choosing a leeward end start.

When the Race Committee sent the 94 boat fleet out for racing, and it looked like there was more than a great chance of getting two races in. Opting for the shorter Course Two, which is two complete windward returns, also set it up beautifully, and having them radio everyone to indicate most strongly that this was a Code Flag U start, meant there were no prisoners to be taken.

Despite this both races claimed victims!

But not ‘our Japie boytjie’ William Voermann who cracked a splendid and well deserved 5th in race 1 of the day, and a 21 in the second.

This has propelled him up the leader board rather rapidly so he now sits in 12th overall – and in amongst some very rarified and hot names is sailing. But Voermann is NOT one to back off in any way as he always takes his racing very seriously.

At this point, not quite at the halfway point of the regatta, he has the likes of Lawrie Smith just one ahead of him overall, and Steve Benjamin a good 10 places or more behind. I am sure that William enjoyed beating Lawrie Smith in race 3, even though it was just by 1 place.

There is a long way to go – the big question being this: Can Voermann and his crew break into the top 10?