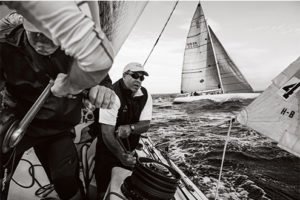 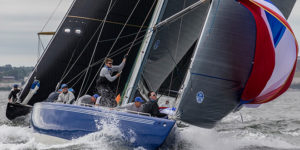 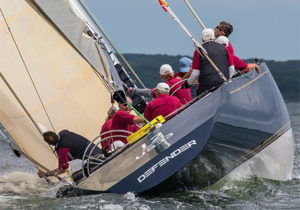 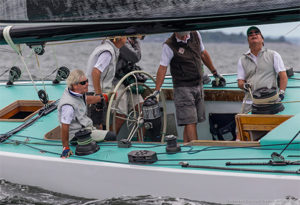 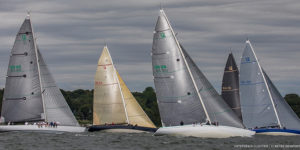 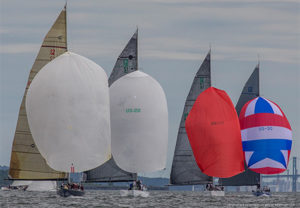 Ranging in length between 65 and 75 feet, the Twelves – as they are fondly called – are best known as the America’s Cup yachts sailed during the “Golden Era” of that event, which filled the years between 1958 and 1987. Since the America’s Cup was held in Newport from 1930 to 1983 and many of the Twelves now call Newport their home, these yachts are dear to the hearts of locals as well as sailing aficionados worldwide, remembered for their intriguing designs, keenly competitive teams and famous skippers, which included Americans Ted Turner and Dennis Conner.

Re-introduced to the sailing scene earlier this year, Defender (US-33), Challenge XII (KA-10), and Freedom (US-30) will bring the count of Twelves sailing in the Modern Division at the North Americans to five. The division is rounded out by longstanding favourites Courageous (US-26) and Intrepid (US-22). Sailing for North American bragging rights in the Traditional division will be Columbia (US-16), Weatherly (US-17) and American Eagle (US-21), while in the Grand Prix division, defending champion New Zealand (KZ-3) will spar with Laura (KZ-5).

Freedom, designed by Olin Stephens and the last yacht to successfully defend the America’s Cup for the New York Yacht Club by defeating Australia in 1980, was completely overhauled by Charles Robertson. Freshly outfitted with new sails and a new crew, she was designed by Ben Lexcen for the 1983 America’s Cup, has been turning heads with her new refit and jet-black hull and sails.

Defender, which was designed by Pedrick Yacht Designs and sailed in the Defender Trials for the 1983 America’s Cup. She was saved from the scrap heap in 2010 and restored to racing form.